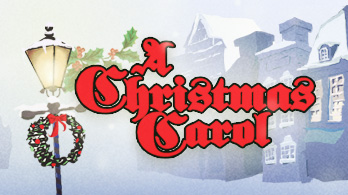 Ebenezer Scrooge underwent one of the quickest and most successful cases of psychotherapy ever. His old (and deceased) friend Jacob Marley did what today we’d call an “intervention”. That same night, a team of therapists went to work. The first therapist reconnected Scrooge to the joys and sorrows of his past, and how they shaped his character. The second therapist showed him that his past decisions have led him to an unsatisfactory present. And the third therapist reminded Scrooge that the only sure future prediction is that one day Scrooge will shuffle off this earthly coil. His money will not save him. Result: Scrooge is transformed overnight from miser to mench. (And all without taking a single drug, unless you count the cup of Christmas cheer from the second therapist. But why quibble?)

Of course, Dickens tilted the scales a bit. Supernatural ghosts do have a way of quickly establishing trust that might elude flesh-and-blood therapists.

Dickens not only anticipated psychotherapy, but linked Scrooge’s lamentable character to wider social forces, not just personal failings. The London of the 1840s was grim and Scrooge represented an uneasy middle class that was one disaster away from joining the ranks of the starving poor. Scrooge was neither a member of the landed gentry nor a titled aristocrat. The isolation of his schoolboy days still haunted him. And so fear and mistrust drove him to build his fortress of money.

Why didn’t Jacob Marley get the Christmas ghost therapy, and instead had to wander the world as a spirit in chains? Perhaps Jacob had a happier upbringing than Scrooge and should have known better. Or perhaps he was motivated by sheer greed rather than Scrooge’s fear of death. In any case, Jacob did reach out to his friend and did him a good turn, one former money addict rescuing another. And hopefully, Jacob’s chains became less ponderous.

If you want to make A Cristmas Carol a part of your holiday tradition, consider the fine version offered by the Glendale Centre Theatre. (Runs thru December 24. Call 818-244-8481 or visit www.glendalecentretheatre.com.)