Burbank and John Burroughs High School instrumental and vocal music students join professional studio musicians from the Musicians At Play Foundation for the annual benefit concert to raise funds for their music programs on Saturday, January 11. The 2020 concert is called A Far Off Place and features music by John Williams and James Horner.

Proceeds from donations, the silent auction and ticket sales will support the Music Is Instrumental campaign that seeks to raise more than $100,000 annually to support vocal and instrumental programs at Burbank and Burroughs High Schools.

The Musicians At Play Foundation has provided music mentorship to the young instrumentalists for the past several years. The 2020 concert marks the third annual fundraising concert and the culmination of weeks of preparation and mentorship.

“Don and April Williams have created an invaluable organization that brings critically needed support to music education in the Burbank School District,” commented internationally-recognized Maestro Anthony Parnther, who will conduct the concluding collaborative performance of the show.

“Musicians At Play also seeks to preserve the tradition and integrity of cinematic music through the teaching and performance of John Williams’, Michael Giacchino’s and other leading composers’ most iconic scores.”

“The chosen students in the Burbank Unified School District are the only in the world to have the opportunity to perform these world-famous scores alongside some of the very musicians who have recorded them in the Hollywood studios over the last thirty-five years,” Parnther added. “Each participating young musician is taken through eight weeks of workshops preparing for this concert and then mentors with L.A.’s finest in this inspiring week-long masterclass on musicianship, leadership and citizenship.” 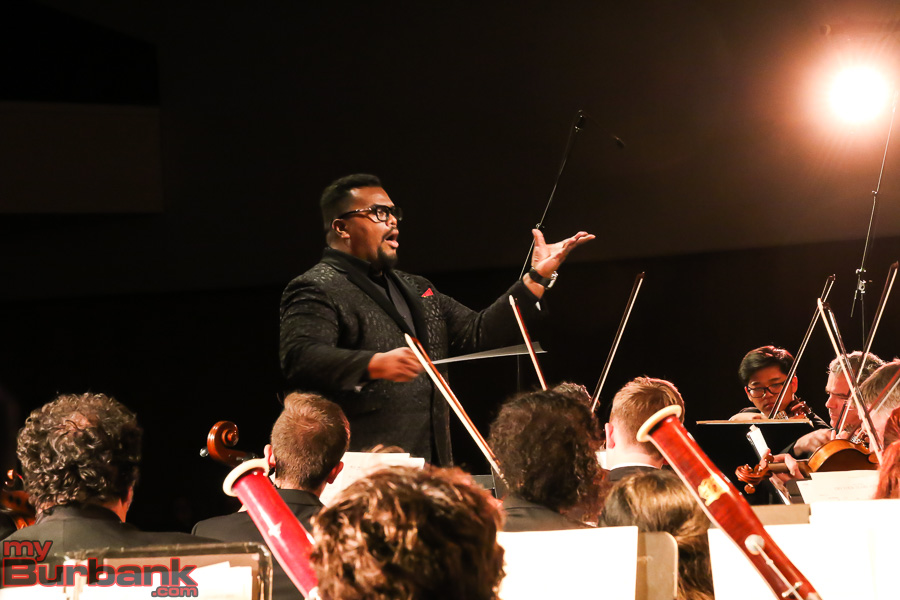 Conductor Anthony Parnther leads the BUSD All District Orchestra in a rousing performance of music from film and television. (Photo By Ross Benson, May 2018)

“The goal of the MAP Mentor program is to give students the opportunity to sit, learn and perform next to a true professional,” explained program director Don Williams. “Students learn all the disciplines of how to become a professional musician.”

“To have a chance to play the original music from these iconic scores is inspirational and vital in their development as well rounded people as well as musicians,” Williams also said. “This experience will stay with them for the rest of their lives.”

What began as a campaign to raise more than one million dollars over ten years to fix and replace instruments three years ago has morphed into an ongoing mentorship program and awareness campaign to support the high school instrumental and vocal music programs.

“Music is one of the most empowering things you can give a young person,” commented John Pedersen, a supporter of the Music Is Instrumental campaign who describes himself as “simply a wind instrument repairman with over 55 years experience, currently working in a school music focused retail store – Bertrand’s Music – in Burbank.”

“Middle school is the time in a young person’s life when they figure out they are capable of doing something for themselves,” Pedersen also said. “The disciplines learned give them a feeling of ownership over what they have done. Mom and Dad cannot practice for them. They must do it and when they do… they get the prize.”

“They will realize the work they did gives them something no one can take away from them.” 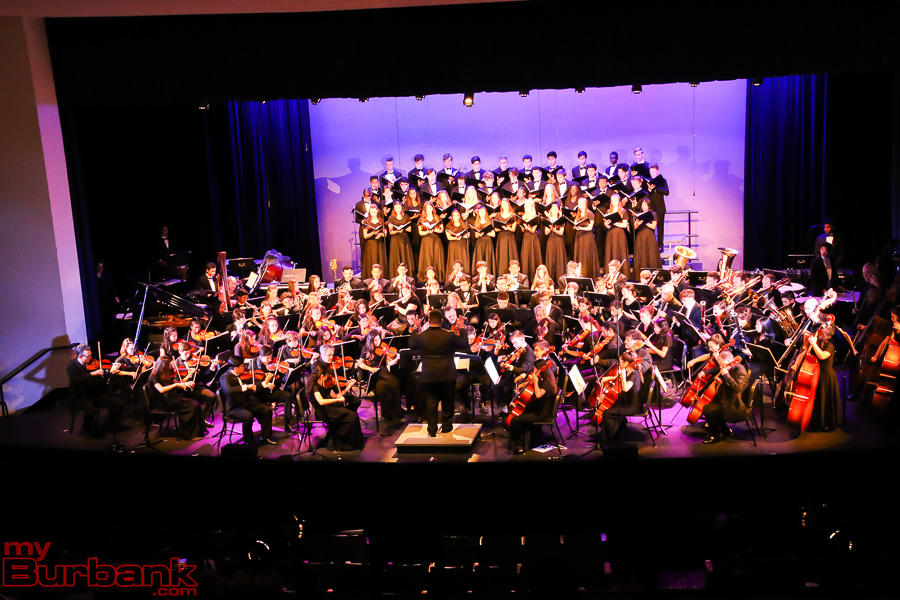 Burbank Unified All District Symphonic Orchestra and Choir and professional mentors from Musicians At Play Foundation amazed the audience at Burbank’s Wolfson Auditorium for the Music Is Instrumental fund-raising concert. (Photo By Ross Benson, May 2018)

“Once they taste this empowerment, we have just started being good teachers,” Pedersen continued. “After that, we continue to guide them with our experience.”

“It’s a beautiful thing… whether or not all students become professional musicians is not important. The EMPOWERMENT is important.”

After intermission, students from both high schools comprising the Burbank Unified School District Symphonic Orchestra and Choir will join their mentors from the Musicians At Play Foundation to perform selections from Avatar, Raiders of the Lost Ark and Home Alone.

Tom Kenny, the voice of Spongebob, will emcee the show.

The VIP reception and silent auction begins at 5:30 p.m. and the concert at 7:00 p.m. VIP tickets are $40. General admission adults are $20 and students/seniors are $10. Tickets are available in advance online or at the box office ahead of the show.

A Far Off Place will be performed at John Burroughs High School auditorium located at 1920 W. Clark Avenue in Burbank. Plenty of free parking is available in adjacent lots.

For more information on the Musicians At Play Foundation, visit their website. 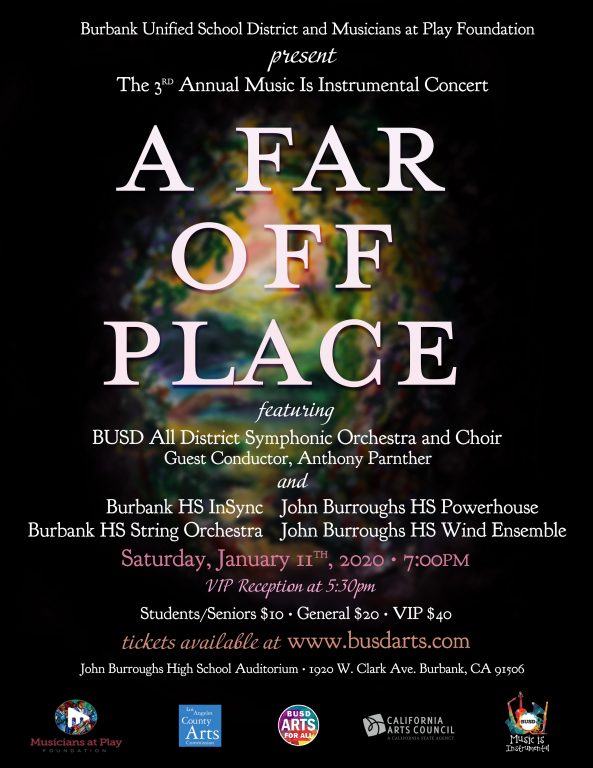