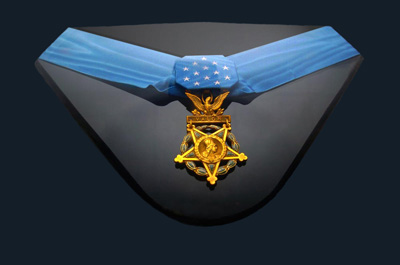 Last month I went to see the Blue Angels perform at the Marine Air Base, Miramar near San Diego. A very young Lance Corporal directed me to park my car (to my pleasant surprise) on “MAXAM Avenue.”

For those unfamiliar with military custom; many streets on military bases are named for those who have received the Medal of Honor, and “MAXAM Avenue”, celebrates Marine Corporal Larry L. Maxam, the City of Burbank’s own “Medal of Honor “recipient.

Well the air show was exciting, and the Blue Angels were as spectacular as ever. But on the way back to my car I began thinking of that line in the Marine Corps Hymn, the streets of Heaven are guarded by the United States Marines, and then I thought …. and one of our own from the City of Burbank. It was a very good day.

Larry Maxam was born in Glendale, but grew up in Burbank. He attended Emerson Elementary, John Muir Junior High School, and Burbank High. In 1965 he became a U. S. Marine.

In 2010 our City and State officials dedicated Pacific Park in his honor, renaming it Larrry L. Maxam Park. Samantha Morales (a John Muir Middle School student) wrote the following as part of the dedication ceremony, “I think that Corporal Larry L. Maxam exceeded the expectation of being in the United States Marine Corps because he went above and beyond what they told him to do.” Samantha is
right of course. The Congressional Medal of Honor is the highest award our country can give for valor, and it’s not given lightly.

Here is the official commendation that President Richard Nixon read when Cpl. Maxam was posthumously presented with the Medal of Honor:

“For conspicuous gallantry and intrepidity at the risk of his life above and beyond the call of duty while serving as a Fire Team Leader with Company D, First Battalion, Fourth Marines, Third Marine Division in the Republic of Vietnam. On 2 February 1968, the Cam Lo District Headquarters came under extremely heavy rocket, artillery, mortar, and recoilless rifle fire from a numerically superior enemy force, destroying a portion of the defensive perimenter. Corporal Maxam, observed the enemy massing for an assault into the compound across the remaining defensive wire, instructed his Assistant Fire Team Leader to take charge of the fire team, and unhesitatingly proceeded to the weakened section of the perimenter. Completely exposed to the concentrated enemy fire, he sustained multiple fragmantation wounds from exploding grenades as he ran to an abandoned machine gun and commenced to deliver effective fire on the advancing enemy. As the enemy directed maximum fire power against the determined Marine, Corporal Maxam’s position received a direct hit from a rocket propelled grenade, knocking him backwards and inflicting severe fragmentation wounds to his face and right eye. Although momentarily stunned and in intense pain, Corporal Maxam courageously resumed his firing position and subsquently was struck again by small arms fire. With resolute determination, he gallantly continued to deliver intense machine gun fire, causing the enemy to retreat through the defensive wire to positions of cover. In a desperate attempt to silence his weapon, the North Vietnamese threw hand grenades and directed recoilless rifle fire against him inflicting two additional wounds. Too weak to reload his machine gun, Corporal Maxam fell to a prone position and valiantly continued to deliver effective fire with his rifle. After one and a half hours, during which he was hit repeatedly by fragments from exploding grenades and concentrated small arms fire, he succumbed to his wounds, having successfully defended nearly one half of the perimeter single-handedly. Corporal Maxam’s aggressive fighting spirit, inspiring valor and selfless devotion to duty reflected great credit upon himself and the Marine Corps and upheld the highest traditions of the United States Naval Service. He gallantly gave his life for his country.”

In addition to the Medal of Honor, Maxam received  the Purple Heart, the Presidential Unit Citation, the National Defense Service Medal, the Vietnam Service Medal with two bronze stars, the Vietnamese Gallantry Cross with Palm, the Military Merit Medal (Vietnamese), and the Republic of Vietnam Campaign Medal.

You can go to this park on Pacific Avenue, bring your family and friends, enjoy a picnic or participate in a ball game. Either way, I’m pretty sure Cpl. Maxam will be happy that you did so, and grateful for the visit. By the way if you get a chance to visit the Marine Air Base Miramar; park on his street.

Burbank resident Dick Moskun served in the U.S. Marine Corps in Vietnam.  He was a Huey helicopter gunship crew chief with VMO-3 in 1967.  He and his crew were responsible for the area between DaNang and the DMZ (Demilitarized Zone).  His squadron was based a Phu Bui across the Perfume River from the city of Hue.  It is the same area that Larry Maxam served in. His helicopter crew provided gunfire support for our troops on the ground, escorted the insertion and extraction of Marines, and provided medivacs for the wounded.