For the first time since November 2013, in what has become a long battle over how to replace the aging terminal at Burbank’s Bob Hope Airport, the Burbank City Council and the Burbank-Glendale-Pasadena Airport Authority, the group that operates the airport, met publicly.

The information session at Burbank’s Buena Vista Library on Wednesday provided an opportunity for the public to hear the authority’s latest plans for a replacement terminal.

Where to build the new terminal is not the only matter to consider, as a second Metrolink station is being built at the airport and a possible California High-Speed Rail station there could attract even more people to the area.

Burbank Council Member Emily Gabel-Luddy said the airport’s location was unique in California, maybe even the country, as it pertains to rail and transit connections. She called the project an “opportunity, not a detriment to the community or traveling public.”

Built in 1930, the existing terminal no longer meets current seismic standards and some parts of the building are too close to runways and do not meet current FAA requirements, the airport authority says.

There are two options for where on the airport a replacement terminal would be built, and the preferred option would be north of the existing terminal and near a planned Metrolink station. The station will be a part of the Antelope Valley Line. Officials broke ground on the station in 2013 although construction has not yet started. The preferred terminal site is also near a possible future location of a California High-Speed Rail station, although those plans have not been finalized.

An existing Metrolink station on the Ventura County Line stands on the south side of the airport at Empire Avenue.

In order to build on the preferred site, Burbank must relinquish control of an easement for access to Hollywood Way. The city council must also approve the authority’s plans and Burbank voters will ultimately decide if the plan moves forward.

If so, the process also will include an environmental review and residents and travelers may not see “shovels to the ground” until possibly 2019 or 2020, said Dan Feger, the airport authority’s executive director.

An alternative location for a replacement terminal would be on the southwest quadrant of the airport. The authority may not need Burbank to approve construction as it already owns the land, but existing aviation tenants would need to move out and the southwest parcel is further away from the possible high-speed rail station.

While the planned terminal will be larger, the number of gates stays the same, at 14.

The estimated cost of the project is $300-$400 million, and will be paid for by funds from the Federal Aviation Administration (FAA), said Steve Madison, president of the airport authority who represents the city of Pasadena. Plans also include a new fire station.

The airport provides tens of thousands of jobs and generated close to $2 billion in total economic output in fiscal year 2013, according to documents provided at the meeting. Bob Hope Airport generated an estimated $6.5 million in revenue for the city of Burbank. Neighboring cities benefit as well, and public comments from Pasadena civic figures noted that important relationship, especially as it pertains to tourism for the Rose Bowl.

Throughout the three-hour meeting, both sides acknowledged they haven’t talked in some time, and Madison noted in some of his opening remarks that discussions started in 2011.

While the meeting was not without acrimony, it also allowed the parties involved to acknowledge the need to further discuss the matter and show they were not without a sense of humor.

Burbank City Councilman Will Rogers at one point said he had a few more questions, but, “Will save the rest for later when I understand we can use knives.”

Fifteen people spoke at the meeting, among about 100 attendees, representing Burbank, Pasadena and Lake View Terrace.

Among them was Paul Dyson, a Burbank resident of more than 20 years. Dyson also serves on the city’s Transportation Commission and as president of the Rail Passengers Association of California, but said he was speaking as a taxpayer Wednesday.

He noted the planned Metrolink station and that the high-speed rail route would be coming through Burbank.

“Whether you believe [high-speed rail] is a threat or an opportunity, it is real,” Dyson said. “Until the state says otherwise.”

The FAA is a key source of funding, and that means taxpayer money, whether those taxpayers are local or regional, he said.

“As a taxpayer, I am looking for the best outcome,” Dyson said.

Council member Gabel-Luddy said passengers will still be able to get off from the back of the plane and addressed the historic nature of the terminal, and said she wanted to preserve the building when she first was elected to the city council.

“We can preserve key parts…and transfer features to the new building,” at “Hollywood Burbank Bob Hope Airport,” she added, alluding to recent discussions about possibly adding Los Angeles to the airport’s name.

Pasadena Mayor and airport commissioner Terry Tornek talked about evolving standards for public facilities and gave the example of a public school in Pasadena that has stood at its current location for several decades. As benchmarks change, the school may not be eligible for public funding because it no longer meets current seismic standards as it is too close to a fault line, he said.

Tornek, a former Pasadena city planner, said the terminal is not going to be shut down, but that commissioners do have a sense of urgency.

“We need a safer terminal,” he said.

Tornek said the authority wanted to build on the preferred site, but if they didn’t get the vote, he said the airport authority still has the responsibility to build a safer terminal.

He said issues with Burbank were “reconcilable” and referred to disagreements as “technical differences.”

However, among those differences is Burbank’s desire for veto power.

Nine commissioners make up the airport authority, with three representatives from each city who are appointed by their respective city council. Burbank could thus be outvoted on important issues.

Burbank Mayor Bob Frutos thanked those in attendance and watching from home as he closed the meeting. The Burbank City Council will review the proposal in closed session, and in 30 to 45 days will present their position publicly, he said.

“I know there were differences of opinion every step of the way, and I thank the commission for being here,” he said.

Earlier in the night he noted that both sides had not talked since last year.

“I appreciate…that we are now talking,” Frutos said just before the meeting ended. “It feels good.”

ED. NOTE: Here is the proposal that has been presented by the airport 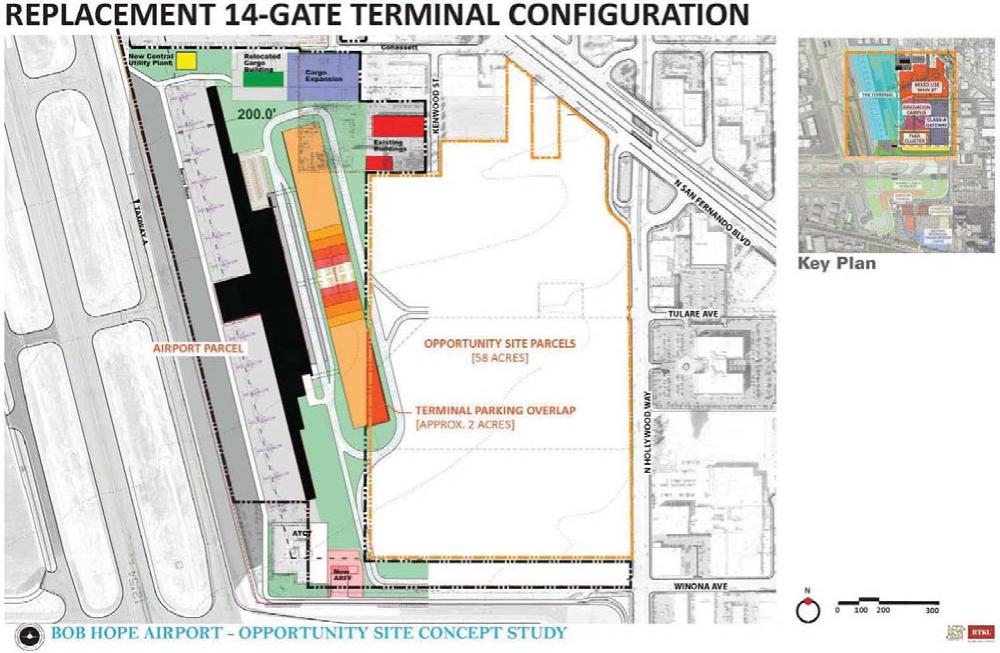