This wasn’t exactly what Ashley Linda had in mind.

With Pacific League play fully underway, Linda was expecting to be a key player in Burbank’s challenge for a league title. But in one quick instant her season was put on hold and the Bulldogs’ season altered.

The senior broke the fifth metatarsal in her left foot in a game against Alemany on December 27. Linda heard “a pop” and the worst of news came a few days later when x-rays confirmed the “Jones Fracture.” 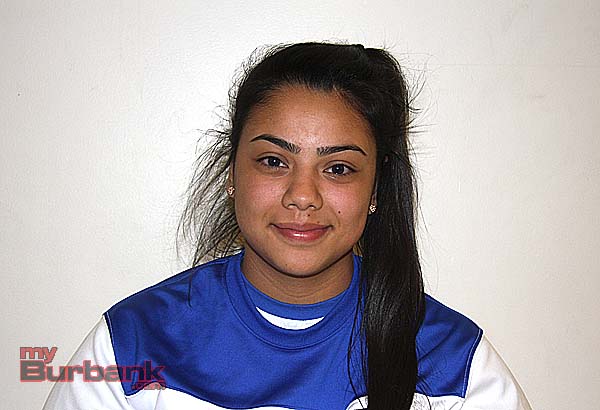 Now in a walking boot and using crutches to assist her, Linda has been deemed out of action for four to six weeks. There is hope that she can return for the CIF playoffs.

“Her leadership is going to be missed. But it’s great having her on the bench. She’s being a good leader,” Burbank coach Bruce Breeden said. “I told her that when you are ready to come back, we are going to make our move. If we can stay competitive and get a decent draw (in the postseason) and have her back, I think we will surprise a lot of people. We are very optimistic and so is she. She has a great attitude.”

Linda’s biggest challenge at the present won’t be driving past defenders or coming off screens to square up for her deadly shot. Her patience, mental strength and inner fortitude have now become her toughest opponents.

But in this case, they became her advocates.

Judging by her four-year career and how Linda has persevered, there is no question this young lady will overcome this newest obstacle.

Linda, 17, was promoted as a freshman versus Royal and instantly impressed Breeden with her tenacity, aggressiveness and energy. After playing on the junior varsity as a sophomore, Linda made the varsity as a junior and ultimately worked her way into the starting lineup during league in 2013. 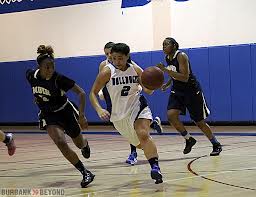 “She brings energy to our team,” said Breeden. “She is pretty good at defense but offensively she knows where the basket is at. She has never seen a shot she didn’t like.”

The 5-foot-6 guard averaged 6.1 points per game last season but made strides in her offensive attack as she scored 11 or more points in six league games.

“I felt relief and accomplishment being a starter at the end of my junior season,” Linda said. “Every minute I had on that court meant everything. I know whatever I put out on the court was important to my team. I gave everything I had.”

Linda began this year where she left off when she was named to the San Marino All-Tournament team after scoring 24, 24, 10 and nine, respectively, in the first four games of the season.

At the time of her unfortunate injury, Linda was averaging 13.5 ppg including outputs of 20 vs. Agoura, 18 vs. Harvard-Westlake and 17 vs. West Ranch, all of whom are strong programs.

While her absence is a significant loss on the court for the Bulldogs, Linda has remained positive and relies on the fact that she has already overcome obstacles in her high school career.

“It’s been a journey and it has meant so much. I’ve come a long way since my freshman year,” she said. “I think I’ve improved so much with the help of all my coaches. It took a lot of hard work and dedication. Nothing came easy.” 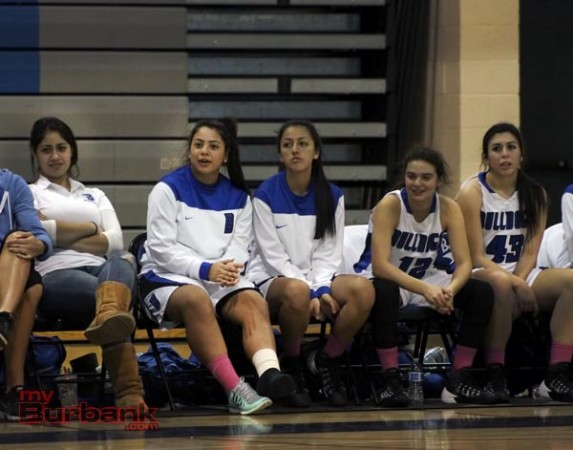 Ashley Linda, second from left, cheers from the bench at a recent game (Photo by Ross A. Benson)

Linda’s presence on the bench will be as important as being on the court. The Bulldogs need her advice, leadership and spirit to help guide them through the remaining portion of the league schedule.

“I want to work with them on the sideline,” Linda said. “I will continue to cheer on the bench and support them in any way I can.”

Any injury during your senior season can be very devastating to one’s psyche and team morale. Yet, Linda has taken a negative and turned it into a positive because of her character and will power.

“Don’t take anything for granted,” she said with tears in her eyes. “You never know when you will get your last chance to play your last sport.”

For Linda’s sake and the BHS girls’ program, we hope she makes a speedy recovery and rejoins the team in time to make another appearance in a Bulldogs’ uniform.