Los Angeles City Fire responded to a reported brush fire at 1:52 pm at 3694 Barham Blvd just outside the city of Burbank the preliminary report was 3 aches of heavy brush burning with a slow rate of spread and NO winds. 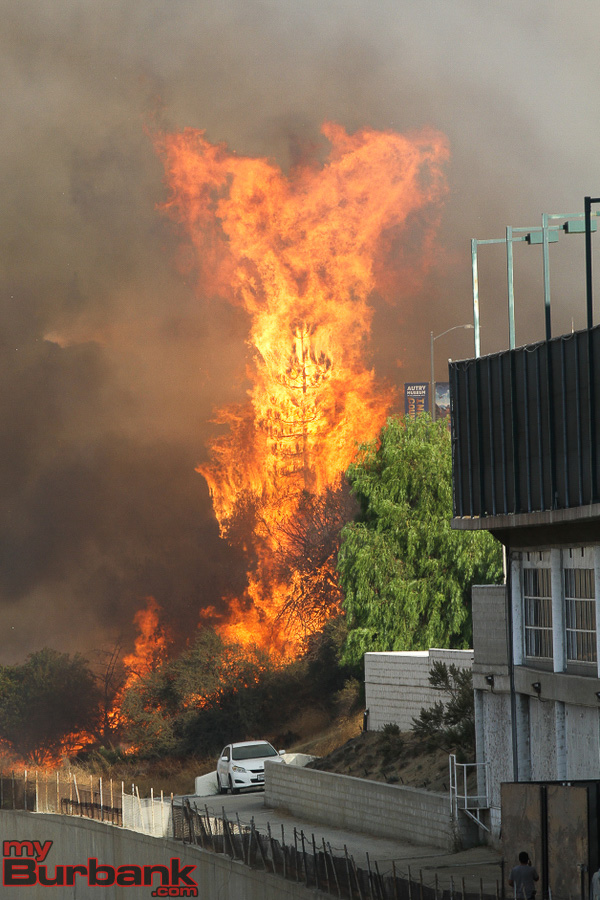 The initial Los Angeles response consisted of several engines with a Battalion Chief and a couple of water-dropping helicopters. They started working on gaining access up the steep terrain to the base of the fire and determined additional equipment was needed so they got sent over a hundred firefighters and a couple of additional helicopters with several Chiefs to help with logistics.

Burbank Fire was requested at 2:18 pm with 3 engine companies and a Battalion Chief as they formed Strike team 1206 and responded into the blaze.

The fire quickly moved to over 30 acres and was slowly moving away from residential units located nearby. There was never a required evacuation as the blaze never had an imminent danger to those nearby residential units.

The Incident Commander required additional helicopters, from LA County Fire, a contract Heavy Lift Helicopter and the Super Scoopers. The helicopters were able to refill nearby at the Mt. Lee Helispot and others in the Hollywood Hills reservoir while the Super Scoopers flew out to the Pacific Ocean to fill. 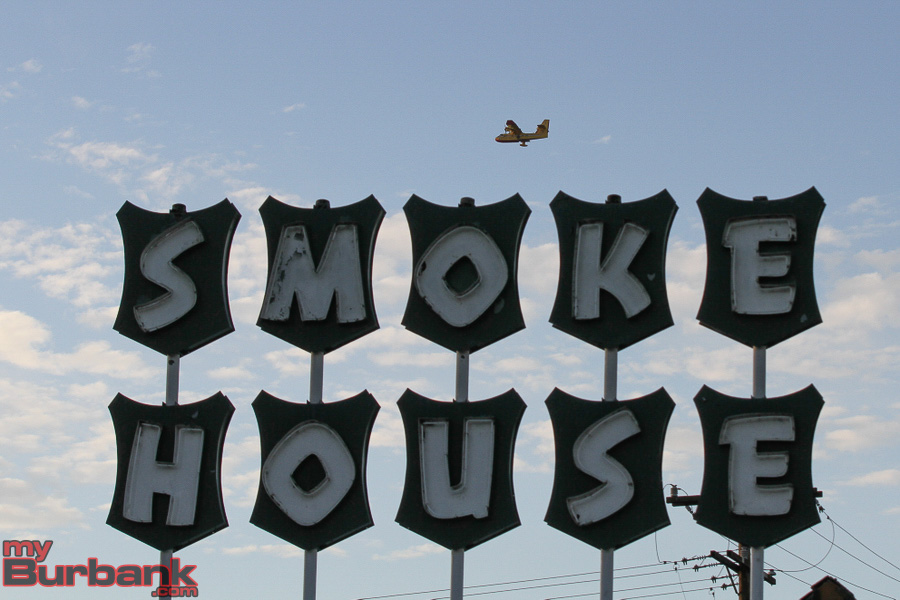 While they were getting a handle on most of the fire the hand crews from LA County Fire, LA County Camp Crews and firefighters were working to contain the stubborn blaze.

The only traffic that was effected basically was on Forest Lawn Drive and the Forest Lawn offramp of the 134 Freeway.

Burbank Fire units were released close to 6 o’clock to return to Burbank but the Helicopters were going to remain and help ground units with hotspots. 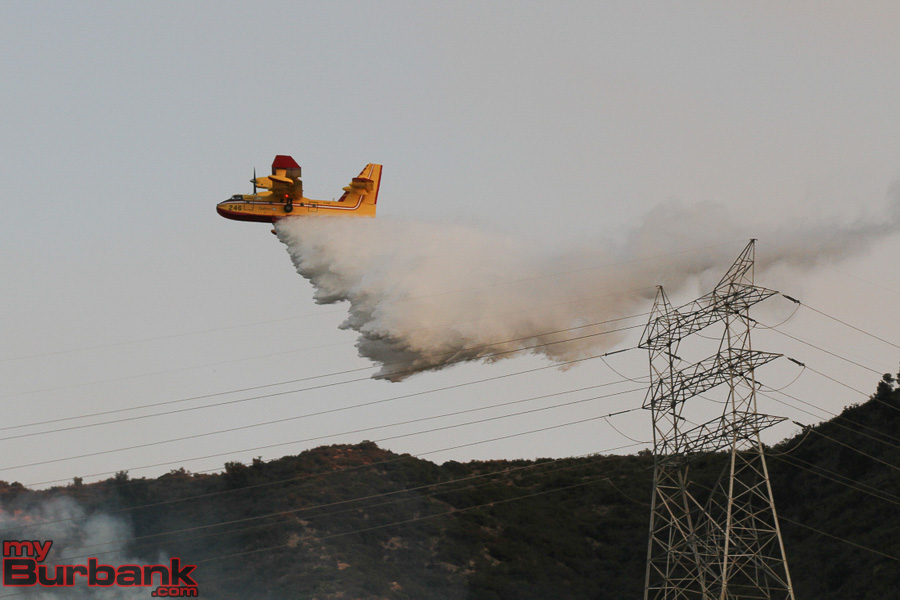 As of midnight, there were several flareups with a couple of water-dropping helicopters hitting them with the plan to allow the blaze to work it’s way to natural fire breaks such as the concrete parking structure owned by Warner Brothers near Gate 7 on Forest Lawn Drive.

An update by LA City Fire after midnight reported the fire continues to be considered an active incident and crews will remain on scene overnight with the help of water-dropping helicopters. The acreage has been increased to over 34 now and the cause is under investigation.