Boys & Girls Club members instill all disciplines of the arts to express themselves during the Fifth annual Arts Showcase at Muir auditorium. Artwork included glass mosaics and charcoal sketches while singing and dancing varied from hip hop to contemporary dance.

Fine art proved to be a great mix with song and dance when the Boys & Girls Club presented the Fifth annual Arts Showcase on May 18 at John Muir Auditorium.

The students practiced all year round –singing, dancing, acting or playing a musical instrument. Then they had to audition to be included in the program, said Jeudy Mom, resource development coordinator. 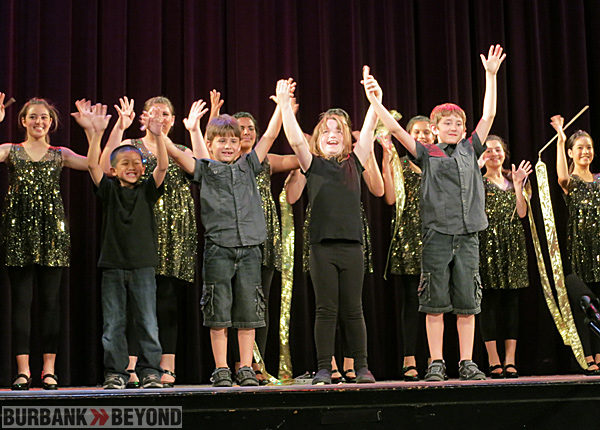 Adults working with the youngsters to perfect their acts were Michelle Bouse, a club board member, who did the choreography; Megan Baade and J. J. Pasco, both from Garri Dance Studio, who helped with dancing skills; and Arpineh Khodagholian, site director with the club, who also helped with dancing.

Sherry Delizia, creative arts director with the club, assisted the youth with art projects and singing. Some of the art mediums displayed were glass mosaics, charcoal sketches and magazine collages. And the inspiration came from such artists as Picasso, Warhol and Dr. Seuss, Mom said.

“I believe it’s a really great outlet to allow the kids to express themselves through arts,” he said. “Some people think of the arts as just drawing on a board but it’s more creative art~dancing, singing ~the whole deal.”

Tamara Chehata, 15, performed in six acts of the showcase. She sang and played the guitar on the song “Safe and Sound” by Taylor Swift, as well as performed two acting scenes and three dance numbers. 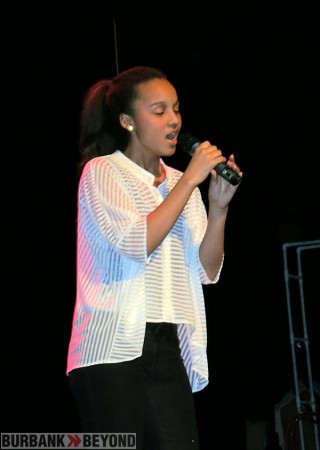 “I practiced throughout the whole year at the club and then when I got home,” said Tamara, who will begin her junior year in the fall at Burroughs. One of the dance numbers ‘Bend and Snap/Positive,’ we performed at the National Boys & Girls Conference in San Diego.”

The showcase at Muir taught Tamara to get along with others and express herself more, she said.

“We definitely put a lot of effort and work into practicing for the show and all of that hard work just goes into putting on a great show,” she said.

Margo Akoponz, 13, displayed several of her art pieces on a board at the showcase. She will be an eighth-grader at Muir Middle School in the fall.

“It feels great when someone comes up to you and they really like your artwork because artwork is really who you are and it shows your personality and when people like it, that’s just really nice,” she said.

Margo also performed a scene with her friends and did acting and singing in the “Bend and Snap” number, she said.

She also danced in seven acts, including a ribbon dance, a hip hop dance and a Broadway number.

Her favorite dance segment was “When I Look at You,” she said.

“It was a contemporary number and it was really different from all the other dances, and I liked it because that’s the kind of dance where you can express yourself. It was really emotional and I really liked it.”

It is a slow dance and similar to ballet, Margo said. It is more emotional than most dances like hip hop because in hip hop you can have attitude and you’re good but in contemporary dance, you have to connect with the audience.

The dance was telling the story of a girl who doesn’t have much hope but she is singing about a guy she likes, but he gave her hope.

Putting on the showcase was a group effort, Margo added.

“You can’t do it alone. It is really nice because you can express yourself and it teaches you to practice and that practice makes perfect,” she said.