Grads were treated to a blast from the past when the Burbank-Burroughs Alumni Assn. threw the party of the year at the Castaway on Sept. 12. 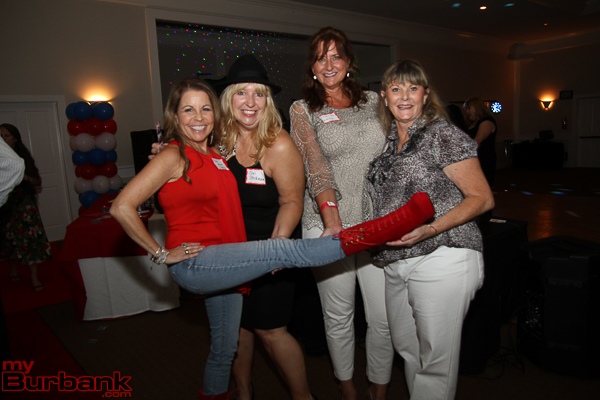 Whether one is wearing the admission wristband in Burroughs red or Burbank blue, grads joyfully come together to reminisce, see old friends and make new ones.

“I give people the freedom and ability to smile, say hi to each other, give each other hugs and tell people they love each other,” Tobon said. “In life, that’s kind of a rare thing, but because we have the Burbank bond and connection, it works. I don’t know too many towns that do this and can pull it off like we do.” 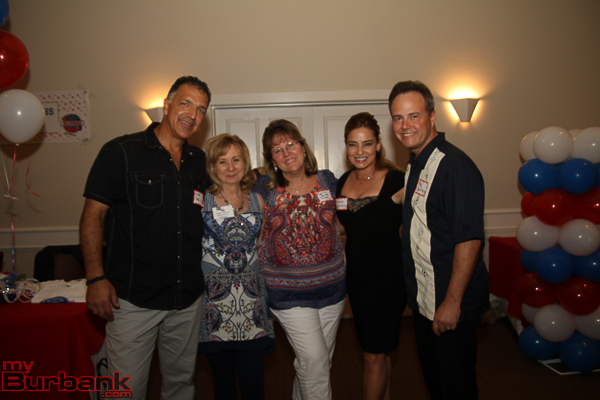 It’s also an opportunity to get to know a person from another school or another grade, he added. 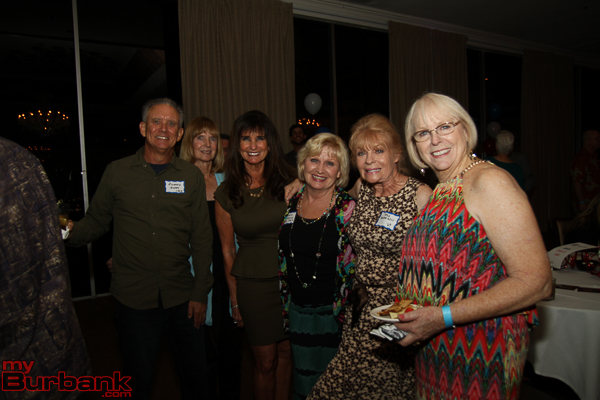 This is the fifth annual reunion Tobon has organized. New this year, Tobon teamed up with the Burbank-Burroughs Alumni Assn. steering committee to coordinate the party. He is a member of the steering committee and is chairman of the association’s subcommittee that puts on the yearly Castaway event.

Tobon is posting photographs of the evening on the alumni group’s Facebook page. The photos show classmates hugging, kissing and dancing to the live music of the ’60s and ’70s played by Green Central Station. The DJ Jesse A. Cisneros played recorded music during the band’s breaks. White-gloved waiters passed hors d’oeuvres. 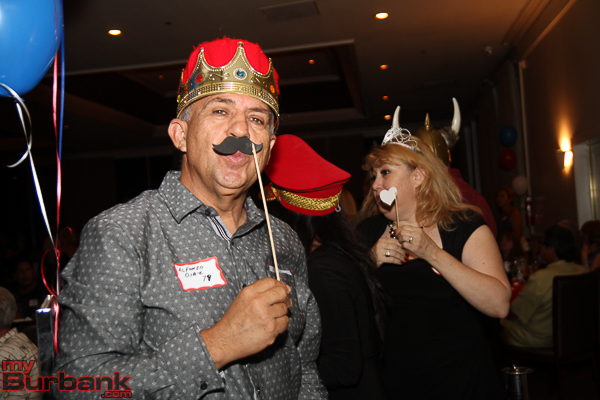 Grads had fun with the new feature this year — the photo booth. Men wrapped feathered boas around their necks and donned silly hats while women slipped on over-sized sunglasses or Minnie Mouse ears.

Tobon relayed some of the fun stories about graduates he heard that evening.

One married couple attending was Mike and Kri “Davis” Arredondo. He graduated from Burbank High in 1974 and she is from Burroughs’ 1986 class. They were introduced by a mutual friend at a work party for someone who was leaving the company.

During the reunion, Mike ran into Katrina “Persitza” Mallia from Burbank High Class of ’75, who he took to the prom 41 years ago. Kri snapped a picture of them and later posted it along with their prom photo on the alumni website.

The funny thing was Mike was so shy back then, that he had his cousin, Tony, call her and say he was Mike, and invited her to the prom. So, it was a big relief when Mike finally told her the truth at the reunion party, he said. 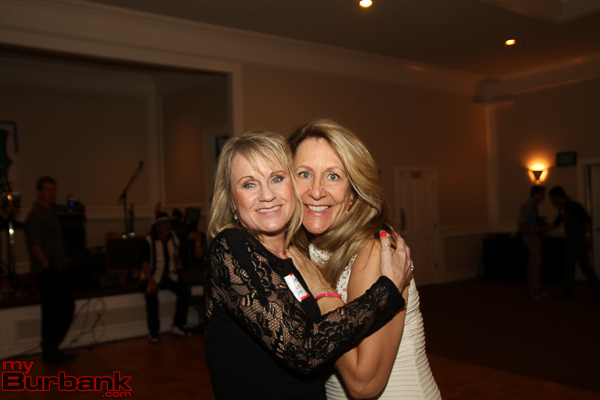 About eight former cheerleaders from Burroughs’ Class of 1976 came, and Tobon said, it was so much fun watching them interact and dance together. There was also a woman who didn’t go to her high school prom, so this event made up for that.

“This was their time to feel pretty, to just enjoy themselves and finally attend a special school event because back then, they didn’t feel they belonged,” he said.

Some come to dance and others like to sit and watch the crowd. Some have never attended their own reunions. For the shy alumni, just walking through the front door is a challenge.

“They are very brave souls and they have a good time most of the time,” Tobon said.

The reward of putting on an event like this is seeing Burroughs and Burbank grads talking to each other.

“I could tell what school they were from by the color of their name tags,” he said. “So that old rivalry is gone.”

Tobon wants to promote the alumni association, which is in its second year and is doing good things in the community, he said. The nonprofit group raises scholarship funds for graduating seniors from both schools and coordinates the alumni tailgate event prior to the Burbank- Burroughs Homecoming Football Game. For more information, email bhsjbhsalumni@gmail.com. 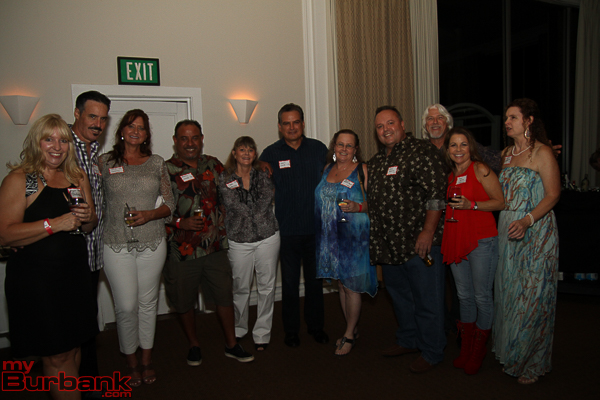 Grads we spoke did a lot of re-connecting during the evening.

Dianne Hart would have gone to Burbank High School but her family moved to San Francisco halfway through her fifth-grade year while she was attending Horace Mann Elementary School. She has kept in contact with a lot of her friends, including Mary Rutherford Gray, a graduate of Burbank High Class of 1973.

Hart was visiting from Mammoth and Gray invited her to come. It was great, she said, because she re-connected with a friend from her fifth-grade class.

“It’s totally fun! I’m glad to be here,” Hart said about the reunion party. “I had my eighth birthday, that would have been 1963, here at the Castaway with two friends — I have a picture –and we went to Pickwick ice skating afterward.”

Gina Geraci and Diane Calascibetta, both grads of Burroughs Class of 1978.

It was Geraci’s third time at the reunion and she was there to see someone special, but she wouldn’t divulge his name.

Wayne Herron, a graduate of Burroughs Class of 1983, was his first time attending the alumni party.

“I think it’s marvelous,” he said. “I kinda got disconnected with a lot of my friends so this is a chance to reconnect after many years, but I’ve been going to my individual class reunions.” 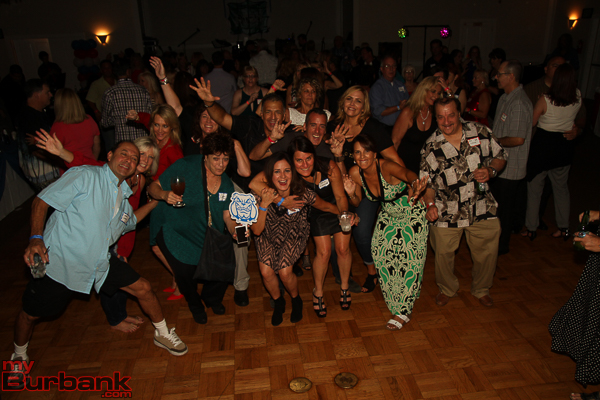 It was also the first time at the combined reunion for Lucian Bartoletti, a member of Burbank High Class of 1958.

He admitted that he was kind of a rascal during high school. Nothing bad, we always bent the rules, he said. His fond memories of high school included playing football, going to Bob’s Big Boy after the games, racing around town.

Bartoletti lamented his car wasn’t anything special — but he paid for it himself, he said.