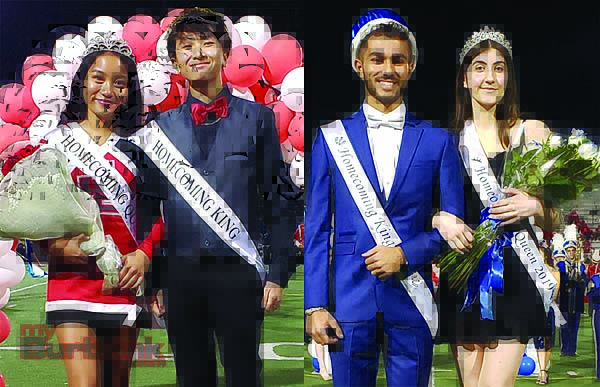 It was the 71st BIG GAME on Friday night and both Burbank and Burroughs were primed for both the game and pageantry of the night.

While the bed races, eating contests and band marches are now a thing of the past, the presentation of the Homecoming Courts is still a big event.  Both courts were announced last week at the Homecoming Dances.

Above is (L to R) Queen Milana Antonio and King Heather Bautista (Photo By Ross A. Benson)

Above is (L to R) King Kourosh Dolatshahi and Queen Sarah Koussa. (Photo by Ross A. Benson)