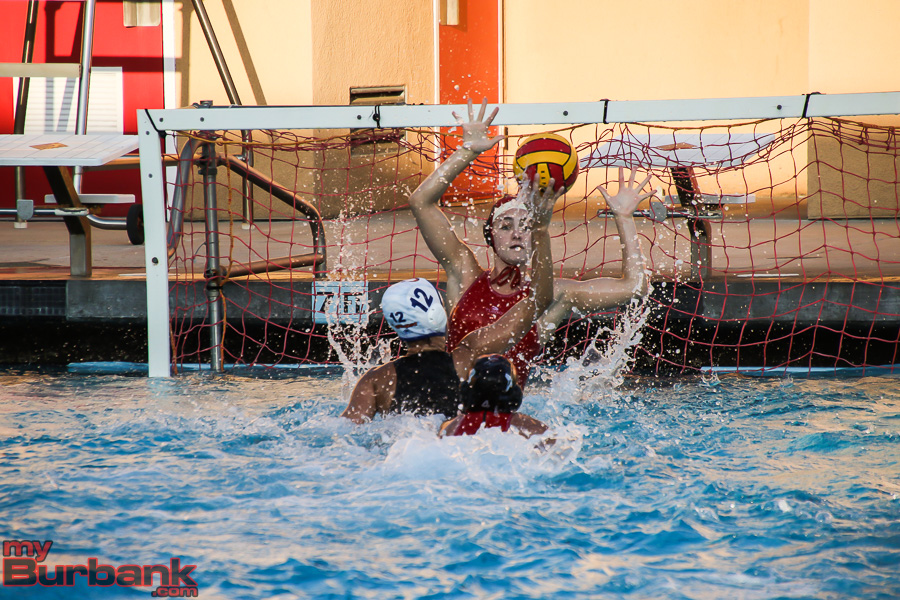 It’s not exactly beach weather in Southern California with low temperatures and occasional rain, but the Burroughs High and Burbank girls’ water polo season is already under way.

Each team will be looking to better the previous season record-wise and that means a run at the Pacific League crown.

The Indians are coming off a campaign in which they went 9-7 in all matches and 5-3 for third place in league.

Burroughs coach Jacob Cook thinks this could be an exciting and a special season for the Indians.

“I have high expectations for the team and I expect them to do well in league and the playoffs,” he said.

A season ago, the Indians were knocked out of the CIF Southern Section Division IV playoffs after losing to El Segundo 10-0.

Defense is always essential and with senior Emanuella Nathan playing goalie, the Indians are going to have an extremely stingy defense, which will in turn allow Burroughs to be in many games.

Nathan, who has been a prep standout for several years, recently signed a letter of intent to play water polo for the University of the Pacific.

Cook will have three other seniors on the team and they include Mallory Thomas, Chloe Caneday and Madeline Lingad.

The trio will be asked to lead the team and also contribute points and defense, which is something each will gladly do.

Five juniors are on the Burroughs squad and they are Angelina Lee, Bella Mucha, Jane Reyes, Chrissy Vlick and Charlotte Jennings.

Three sophomores are on the team and they include Emily Callahan, Kelly Long and Clarissa Robles.

Nancy Baylor is the lone freshman, but is extremely talented, having played for the prestigious Rose Bowl travel team.

“I would say Chrissy, Bella and Clarissa are the ones to look out for,” Cook said of his top players.

The Bulldogs went 7-14 overall and 4-4 in league play for fifth place, and didn’t qualify for the postseason.

Burbank has a first-year coach in Melani Aghazarian, who played water polo for Glendale High, wants to see improvement, even if it takes a little while.

“I just want the girls to work hard and come out at the end really proud of what they’ve accomplished,” she said of this season. “I hope to make CIF for playoffs, but I’m not too worried about it this year. It’s a rebuilding year.”

Aghazarian added: “They’re all trusting of each other and it’s a new experience. I want them to have a really good work ethic,” she pointed out.

Aghazarian also addressed her philosophy. “I think defense wins games. I think defense wins championships in the long run. I am very defense oriented,” she said. “Offense and defense, it’s all important. For offense, I just want the girls to move more, create more opportunities. I’m looking to build a chemistry, which is something they don’t have now.”

Junior Jenny Stepanyan will be in the cage and her performance will be one indicator of whether the Bulldogs will post a better record than last season.

The other Bulldog starters include junior Yana Stepanyan and sophomore Julie Kim, and they are also going to have to play well in order for Burbank to make the playoffs.