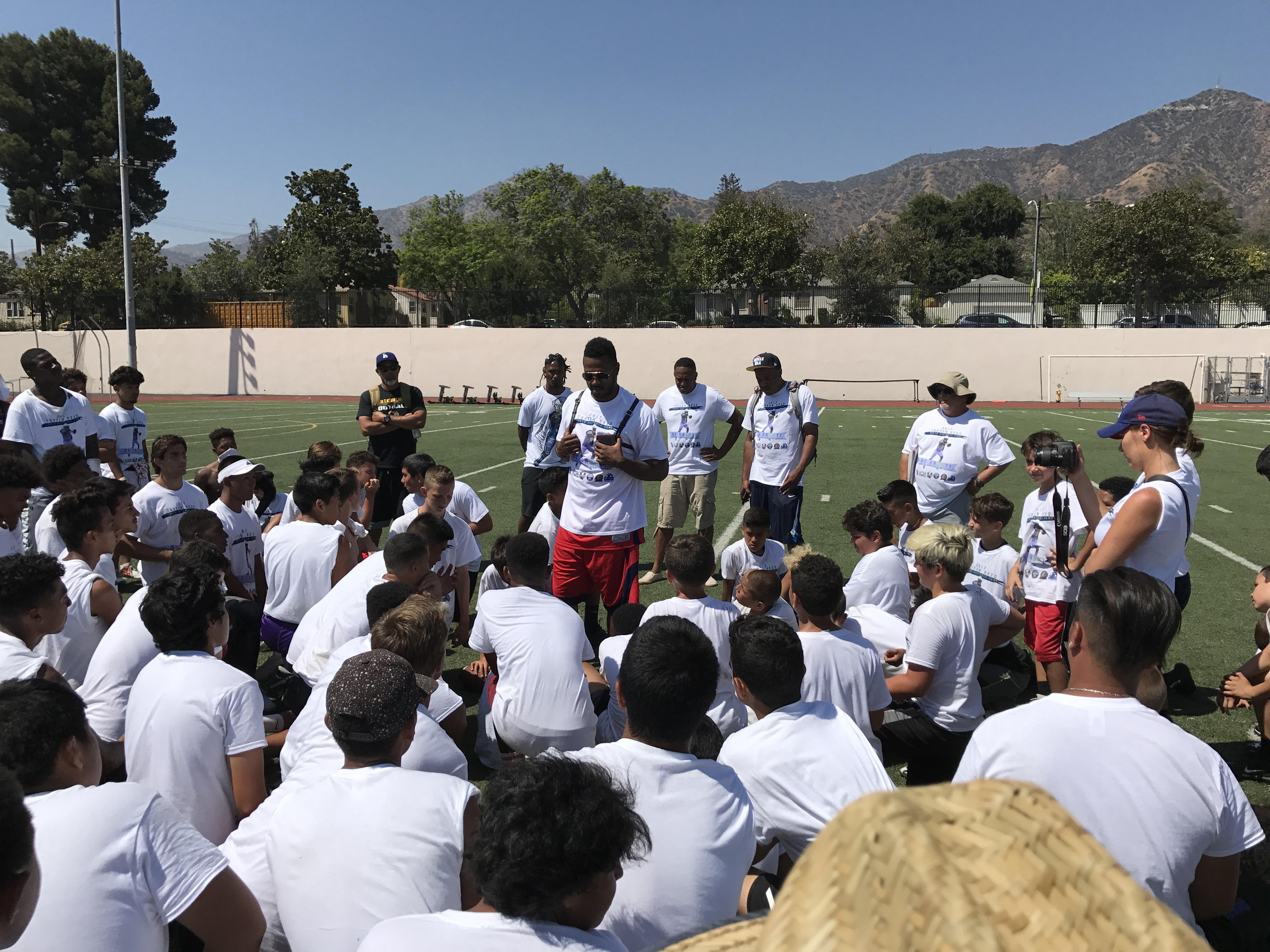 Some people travel far and spend lots of money on football camps. Several Burbank and Burroughs football players took advantage of the fact that they didn’t have to do either of that Saturday.

“I got a lot of good work,” Burroughs David Lennstrom said.

“He said keep working hard and believe in yourself,” said Osegueda, who said he was able to work on his footwork.

“It was cool. I had fun. There was good competition,” Pendleton said.

At the conclusion of the event, Reed spoke to the group of well over 100 players and encouraged them to be stayed focused. Reed, who played at Auburn University, had a rough upbringing and had been released five times before having a career breakthrough at the end of last season.

Reed, who was in high school when his mother died, said he made her a promise.

“I could have easily said I’m going to do what everybody else is doing and go sell drugs, break into cars and join gangs. I had a vision before my mom passed,” Reed told the campers. “Before my mom passed I was like a 2.0 student. She told me, ‘Son do something with your life.’ As a kid I was like Cs are good enough, I’m passing. (After) my mom passed, I graduated college in three years with a 3.7. I was able to play whole senior year without having to go to one class. I put everything I had into football.”

Reed’s breakthrough came when he had interceptions in back-to-back games.

One of the interceptions came against his college teammate and former Heisman Trophy winner Cam Newton. He intercepted Raiders quarterback Derek Carr the following week.

Reed became a defensive back late in his college career after starting as a receiver. He was a quarterback in high school.

Reed also encouraged the campers to never give up their dreams.