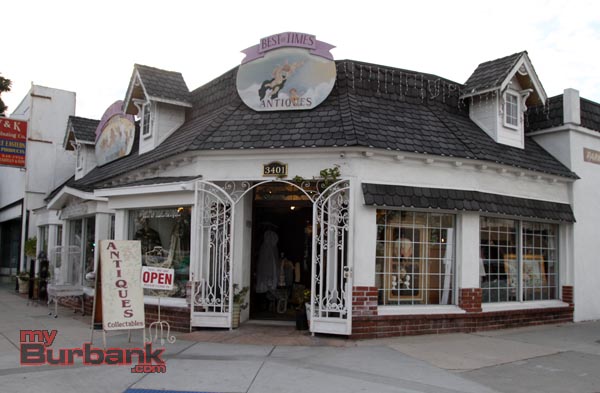 In September 2013, Burbank police issued a community bulletin to businesses with information on how to ensure they are compliant with the Americans with Disabilities Act, or ADA.

Police directed business owners to the city’s building division and the state bar for complaints against attorneys, among other resources.

“The police department received a few inquiries about an individual attempting to use bathrooms in the Magnolia Park area and when they did not ‘conform’ to ADA, an attorney suddenly showed up,” Burbank Police Sgt. Darin Ryburn said in an email.

With the assistance of the city attorney, Ryburn said the news release was sent “in an effort to inform all of our business community of the attempts by two individuals to force businesses to pay a ‘settlement’ so as not to fight the requirements in court.”

Under California law, at least $4,000 in compensation is allowed per violation. Whereas federal law only requires property owners to fix violations of the Americans with Disabilities Act, California is among a handful of states that allow for damages to be collected.

For Laree Adel, owner of the Best of Times antique store in Magnolia Park, the efforts by police had unfortunately come too late.

A lawsuit filed against her in August 2013 alleged she failed to provide van accessible parking for those in wheelchairs. Because of the way the accessible spot needed to be configured, it is very difficult for other cars to park, she said.

The cost to re-stripe her parking lot was $2600.00, not including attorney fees, she said, adding that at the time, seven other nearby business were also sued.

Adel said that some landowners have put up signs in back of their stores that say, “ No parking” or “Employee Parking only” to avoid a potential lawsuit.

“Dozens of businesses in Burbank are being victimized by a group of litigious individuals who are abusing the principles of the ADA to obtain monetary gain,” Adel said.

She noted the van-accessible spot is rarely used and the lost parking spots represents lost sales.

“Most of the people filing these suits are not customers,” she said. “They are solely seeking monetary gain. This is their career.”

The man behind the lawsuit is a 23-year-old named Aaron Horsley.

Court documents show Horsley has filed 83 lawsuits since 2011. They were filed in Los Angeles, San Bernardino and Riverside counties, and individuals, restaurants and gas stations were among those sued.

Pasadena attorney James Link is assisting Adel and has helped other Burbank business owners defend themselves in these types of lawsuits, including some by a man named James Cohan a few years ago.

“I don’t see any potential change to the law at this point because the legislature doesn’t have the guts to change the law as it should. That’s the long and short of it,” Link said.

Horsley’s attorney, Dayton Magallanes, did not immediately respond to a request for comment.

Magallanes’s website states he has experience with over 50 trials enforcing the Americans with Disabilities Act.

The website also states: “You are entitled to compensation by law under the ADA for each violation you encounter in the sum of $4,000.”

Assemblymember Mike Gatto represents Burbank and Glendale, among other cities, in the state legislature, and said he sees a similarity between a law he got passed in October involving Proposition 65 that allows restaurants and other business owners to fix any signage issues that are required by state law before facing a lawsuit, and the lawsuits alleging ADA violations that have plagued some small businesses around Burbank.

“Unfortunately, there are certain individuals out there who try to take advantage of some of these laws,” Gatto said by phone. “They are certainly in violation of the spirit of the law…and making life difficult for small businesses in Burbank.

“I think the legislation on Prop. 65 was a big step because it showed that all these various groups could work together for reform. The good aspects of the law stayed in tact and the bad actors can no longer profit.”

As for what could be done to help small businesses, Gatto said “a really big working group would need to come together and do something.” Gatto also said he sees a need for education and outreach to business owners so they understand some of the changes in the law and they know their rights.

Fleming Nielsen, a landowner in Burbank, is also dealing with a lawsuit brought by Horsley. The lawsuit alleges the business does not offer van-accessible parking.

Nielsen said the work has not been done yet and that there isn’t any room for such parking. “The building was built in 1948 and not designed for these situations,” he said.

“The only people happy with those whole thing are the slime balls,” Nielsen added.

Nielsen has experience with ADA lawsuits.

“It’s my fourth time,” he said, adding that Cohan approached him three times. The first time, Cohan wanted $3,500.00 to go away, Nielsen said.

Cohan, who alleged in some of his lawsuits that he was disabled, was videotaped hiking up a steep canyon near his home when several lawsuits involving Burbank and Glendale businesses surfaced in 2011. He was involved in, or filed, at least 90 lawsuits, according to court documents.

Link said at the time that the lawsuits filed against Burbank business owners were the latest in a series of similar legal efforts.

When at least 20 pharmacies in Burbank and Glendale were being targeted in 2007, Link said he ended up with three of them because the same family owned all three properties.

Link said Adel might have another lawsuit headed her way.

A person in a wheelchair is shown on the security camera entering the store, and then effectively hiding outside camera view in a particular aisle in the store, Link said. Three people are wandering around with what appears to be a video recorder and/or photographing through the store.

“There’s no question somebody is trying to scout for a lawsuit,” Link said. “It’s an antique store. If you have ever been in an antique store, there’s stuff everywhere. It’s a classic example of why this law doesn’t make any sense with allowing lawsuits and the means of enforcing this law.”

Link noted the minimum of $4,000 in damages per visit, is allowed.

“If someone keeps going back to the same place knowing it’s not accessible, they get to multiply the damages, even though they did not ask the owner to make changes?” Link said.

Link said a case he has will test that in a Northern California court this year because a person in a wheelchair is seeking compensation for 12 visits.

“Actually, they were at the property 100 times or more, they are claiming 12 within the statute of limitations period,” Link said. “It’s outrageous.”