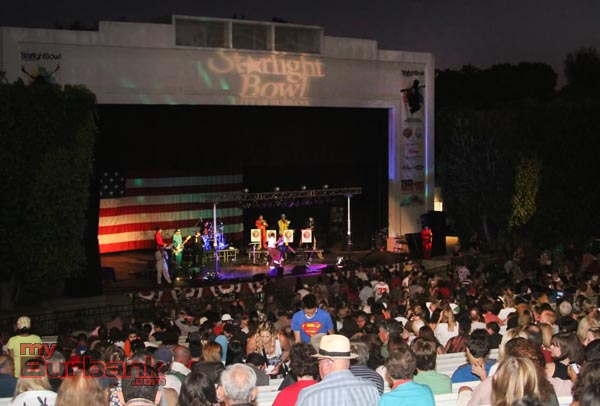 At Burbank’s City Council’s May 12 meeting, the Council was told by Parks and Recreation Director Marisa Garcia that the Starlight Bowl concerts sponsored by the Burbank Park and Recreation Dept. have been canceled for the 2020 season. She did say that if restrictions are lifted down the line, that private promoter could contract out the facility for concerts into October.

Each year, the Starlight Bowl starts its season with the 4th of July celebration including a large firework show that not only Starlight Bowl patrons experience played to music, but local residents flock to see on streets near the facility. Nothing was said if the fireworks could still be set off without the Bowl being open for the community.

Other updates from Garcia included in the staff report included:

Elizbeth Goldman Library Services Director also reported that while the Libraries have been closed and are not anticipated to be open for ‘many months’. The staff has been repurposed with one large need being answering the COVID-19 hotline to give information about City services. There have been over 2,000 calls received by staff. They will also look for ways to adopt new service models in the future.

The 2020 Sister City exchange program with Incheon, Korea, and Ota, Japan, coordinated by the Library, has been canceled by mutual agreement of the City of Burbank, the Burbank Sister City Committee, and the Cities of Incheon and Ota.

Here is a complete list supplied by the City of Burbank