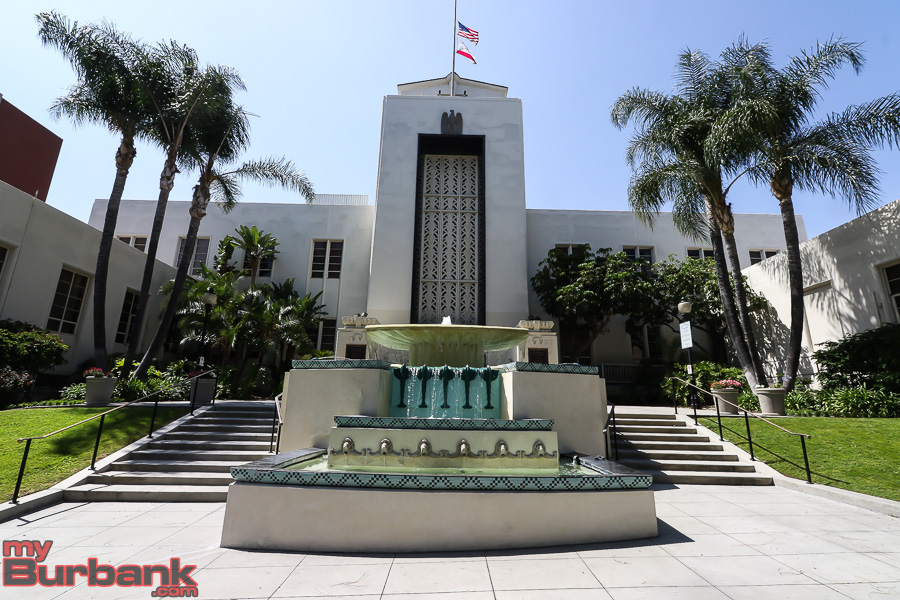 On May 25th, 2021, Burbank City Council convened in order to discuss and deliberate over the city’s budget for the fiscal year (FY) of 2021-22.  The council had previously held meetings to discuss specific items of the budget, with the first of these meetings taking place on April 27th.

Drawn up with the assistance of Financial Services Director Jennifer Becker and those at the Financial Services Department, the Citywide FY 2021-22 budget comprises 34 different funds, with the total coming out to $698,200,112.  The largest portion of funds in the budget comes from Burbank Water & Power, which makes up nearly half of the budget, or $315,923,211.  The second-largest portion of funds comes from the city’s General Fund, which comes out to $204,062,002, or 29% of the budget.

In crafting the budget, the city council adhered to the five goals laid out by the city council at the beginning of the council’s session: economic recovery and development, dealing with housing and homelessness, sustainability, enhancing city services, and improving the overall quality of life for all in Burbank.

The first of these goals was particularly emphasized during the meeting due to the ravaging effects of the COVID-19 pandemic.  The net impact of the pandemic on the city’s General Fund was around $3.7 million.  Due to the pandemic, the city expects to run deficits of $3 million or more for the next 5 fiscal years.

Despite the recurring deficit issue, the city expects to increase its revenue by 7.9% over the 2021-22 fiscal year.  In addition, the city has around $24 million dollars in the General Fund that came from the passage of the American Rescue Plan, the latest COVID stimulus package signed by President Biden in mid-March.  This money will be used to offset some of the negative effects that the pandemic had on both Burbank’s budget and economy.

Commenting on the implications of this budget in regards to the goals set out by the council, recently-elected Councilman Nick Schultz stated that, “Although the budget is not perfect, it acts as a stepping stone for addressing the 5 goals in an effective manner.  In regards to managing the issue of homelessness, the 2021-22 budget allocates money to a homeless services liaison and the purchase of a vehicle that will be used by the Burbank Police Department in order to facilitate mental health services.  Along with the purchase of this vehicle, the budget also facilitates the doubling of the BPD’s Mental Health Evaluation Team (MHET).”

When it comes to creating a more sustainable Burbank, the budget creates the position of sustainability coordinator, a position that will manage the sustainability tasks set aside by the city council.  In order to facilitate a smooth economic recovery and stimulate economic development within the city, the 2021-22 budget allocates money for the hiring of new budget staff and places cuts on certain regulations that budget supporters, such as Schultz, claim will make it easier for businesses to operate within Burbank.”

Prior to the May 25th meeting, the council had requested a variety of follow-up items for the budget.  The first of these items was regarding the grand opening of the recently-renovated Burbank Bridge.  After some deliberation, the city council unanimously agreed to have a low-key ribbon-cutting celebration that would be funded through corporate donations.

A second follow-up item was the placement of a city identifier on or near the Burbank Bridge following its construction.  The council unanimously decided that they would direct $250,000 towards the construction of the identifier, with the goal of achieving matching funds from CalTrans.

The third follow-up item, also unanimously approved, was the proposed direction of $50,000 for the ongoing funding of the arts, with the money being drawn from the existing Performing Arts Endowment.  In my conversation with Councilman Schutlz, he emphasized the importance of this item in preserving and bolstering Burbank’s various arts.

The fourth and final follow-up item proposed by the city council was a 3% stipend increase for reserve police officers, a move that would cost the city $324 a year.  This was also approved with a unanimous vote.

Following a presentation of the budget by Jennifer Becker and the discussion regarding the follow-up items, the council deliberated over the budget.  Every member of the city council made positive comments regarding the budget, with Mayor Bob Frutos emphasizing both the cost-saving measures and spending increases that he thought were crucial to the budget.  The motion to pass the budget was put forward by Councilman Schultz, an honor which he was grateful for being able to take up as a first-term member of the council.  Following his motion, the council passed the budget with no opposition.