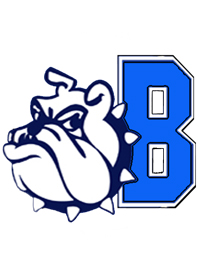 It started as an exciting game, that took a turn and ended as a cold and disappointing Friday night for all Bulldog fans at Stengel Field where Burbank High School (3-5, 1-1)  faced Crescenta Valley High (5-3, 3-0).

The game began with a quick 1-0 start for the Crescenta Valley Falcons, but as the top of the second inning came around the Bulldogs meant business against CV pitcher Elliot Surrey. It all began with a hard hit by the catcher Paul Frias, as the clean up hitter squeezed the ball passed the second baseman #6 P. Adams. Next at the plate is first baseman Harrison Hernandez, who hit the ball directly at the shortstop,  C. Currie who couldn’t come up with a clean double play, both Frias and Hernandez were safe on the fielding error by CV.

To mix things up left fielder  Angel Roman put down a clean bunt and beat the throw to first and the bases were loaded with Bulldogs. With only one out in the inning second baseman C.C.  Okimoto takes a swing and lines one pass the second baseman Adams, and drives in Frias for an RBI. To keep the inning alive the Designated hitter  Hector Rodriguez also sends one past Adams, bringing in Hernandez and Roman for 2 RBI’s.  It does not stop there, back to the top of the order Right fielder Ian Mckinnon has runners in scoring position as he grounds out but manages to drive in a run for an RBI.

It’s 4-1 Burbank. Center fielder # 20 Ricky Perez gets an RBI single to make the game 5-1 Burbank. The inning comes to an end when Perez is caught stealing second.

Pitcher Andrew Hernandez has a 4 run lead over the Falcons, but could his sling shot delivery find a sweet spot in the strike zone?

It wasn’t going very smooth for Hernandez, giving up two runs in the 3rd inning, one run in the 4th inning and three runs in the 6th inning. It all came tumbling down for Burbank in the 4th when Hernandez walked two and hit two batters. A wild pitch by Hernandez scored the tying run and sending the game back to square one.

Bottom of the 6th and Hernandez just couldn’t get himself out of this one, with runners at the corners a wild toss to second scores a run for CV to gain the lead, 6-5 Crescenta Valley.

Coach Hart has seen enough here in the 6th and calls it a night for Hernandez who threw 92 pitches with 3 strike outs with an ERA of 4.94.

Coach Hart brings in Pitcher Daniel Starkand, the winning Pitcher of the game vs. Pasadena on March 28.  Starkand couldn’t relieve Hernandez allowing the runners on base to score. The final score was 8- 5 Crescenta Valley High.

Coach Hart was confident in his young team coming into the game tonight.  “We have a lot of young talent, a lot of juniors coming up for us.” On the contrary coach Phil Torres of Crescenta Valley said “When all else is falling apart around them, they don’t throw their arms down and give up.” Referring to the 5 run second inning by the Bulldogs. Coach Torres continued “ They have grown into a mature team.”

It seemed that the maturity persevered over the young tonight at Stengel field in Glendale.

Burbank’s next Pacific League game will be against Glendale on Friday April 6th at 3:30 pm at Burbank High.