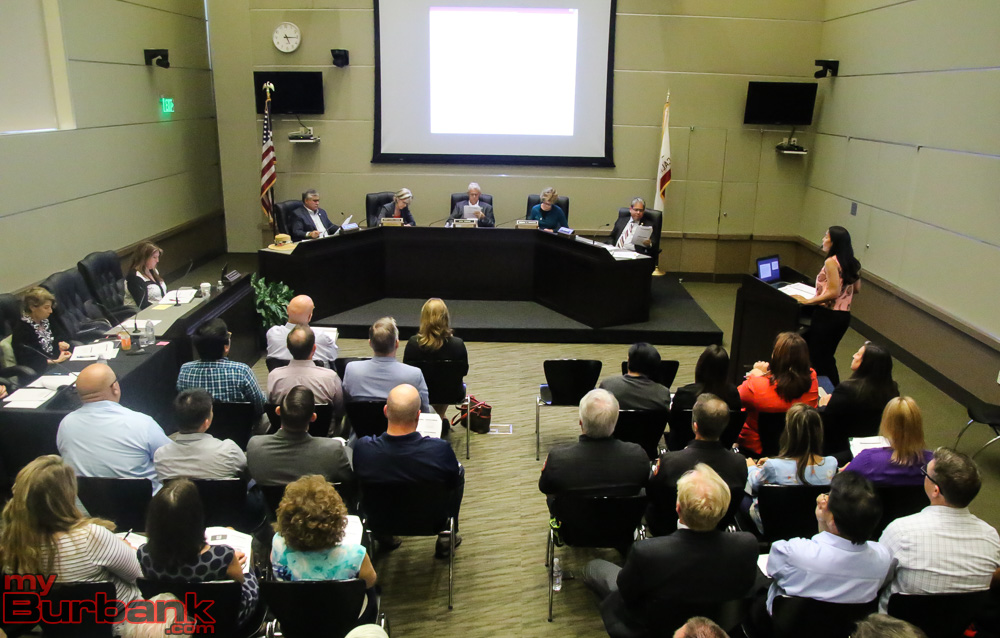 There’s a financial storm heading toward the City of Burbank that’s expected to be here sooner than we think. To be clear, there is not one simple answer pertaining to the creation of Burbank’s rising deficit, however, a large factor is due to CalPERS and the 2008 recession. The city will also be losing its General Fund Revenue and Street Lighting Fund Revenue, which totals to $11.7 million dollars. A call to the City Attorney’s office regarding this loss was left unanswered. We will update this story should the City Attorney provide a comment.

With the rising payments, and an abundance of infrastructure repair and maintenance work needed throughout the city, Burbank’s city leaders and citizens face some tough questions.

Burbank’s forecasted annual deficit is equal to 27.4 million dollars and will arrive in the year 2022-2023. In order to combat this, city departments were asked to submit “options” in trimming the city’s budget. The following information is described as “options” and should be treated as such. The budget meeting held at the community service building near City Hall did not confirm any of the cuts.

Lastly, there are proposed budget cuts across playing field. Below are the proposed cuts that would have the largest impact on day-to-day life for Burbank’s citizens.

Option 1 would provide an annual savings of $5.6 million and Admin Support Overhead Savings of $504K.

The Parks and Rec department also submitted the option to close the following facilities and all associated programs:

The closure of these parks would provide a savings of $3.9 million dollars.

The following programs are to be eliminated along with their associated park closures:

The Boards and Commissions impacted would be the Cultural Arts Commission, the Burbank Athletic Federation, the Senior Board, and the Youth Board. The School Joint Use Agreement would also be terminated, saving $441K.

The total annual savings equal to $6.9 million dollars, with an admin support overhead of $625K.

During the meeting, Mayor Will Rogers had this to say about the potential cuts: “When I looked through this list of proposals, the word that came to mind, for me, was ‘Dystopian.'” Other members of city council seemed to share the same sentiment as some of the proposed cuts would likely have an effect on the safety and well-being of all Burbank residents. Rogers went on to say, “I strongly support looking at the other means of generating revenues that are available to us. I know they’ll be angry with us, and I know they’ll hold us responsible for it, but I think it’s what the people of Burbank tend to want, instead of settling for less.”

Along with budget cuts, the city is looking at other options to generate new revenue. One such option is taking a hard look at overturning the ban on medical marijuana dispensaries within city limits. As medical marijuana is set to become legal in the state, the city of Burbank has an opportunity to impose a tax on all sales and generate an entirely new revenue source.

Other revenue plans deal in increasing taxes for residents, businesses, and non-residents. As the plan becomes sorted out, we can expect more concrete details as to what the city needs, and how our city leaders plan on bringing Burbank out of a potential financial mess. To watch the full meeting with our Mayor and City Council, you can click here.