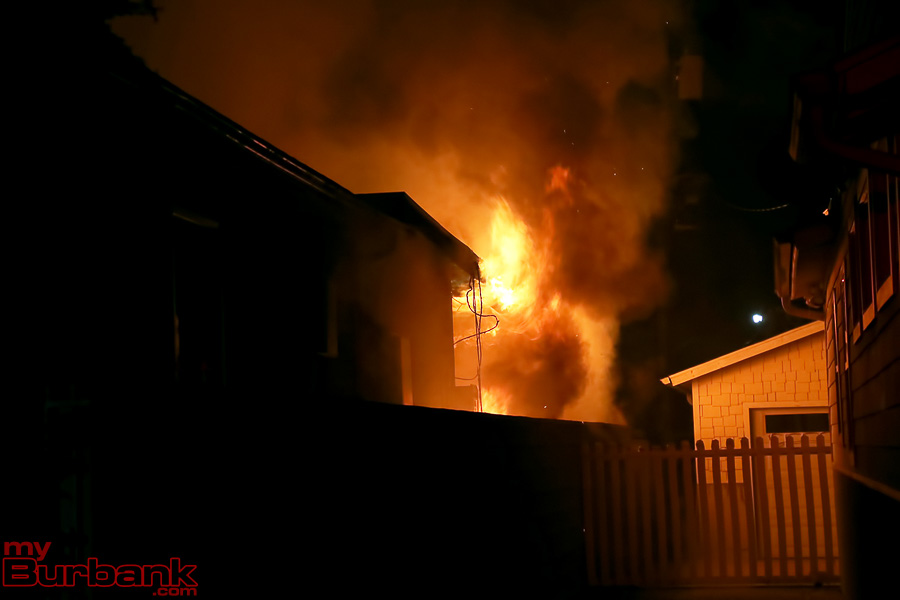 Burbank Fire Department responded to a reported house fire near the intersection of Hampton and Scott Road at 1:05 am. while fire crews were on there way Verdugo Fire Dispatched told the responding units that they were receiving many calls.

Burbank Engine 11 was first on scene reporting a well involved single-story residence with heavy fire from the rear, as additional fire equipment arrived on scene hose lines were laid and the Truck company went to the roof to prepare to ventilate.

Battalion One Kenet Robertson asked for additional equipment along with a Glendale Battalion Chief to respond to act as the Safety Officer, bringing the assignment up to 4 Engines 2 Truck companies a Paramedic Ambulance and the Air Utility.

Firefighters started getting water on the fire and a couple of propane takes exploded shortly thereafter. Now with a number of firefighters on the scene battling the fire, they started to get a handle on the blaze and called a knockdown some 20 minutes later.

The fire caused no injuries to civilians or firefighters and the cause of the blaze is being investigated by Burbank’s Fire investigator.