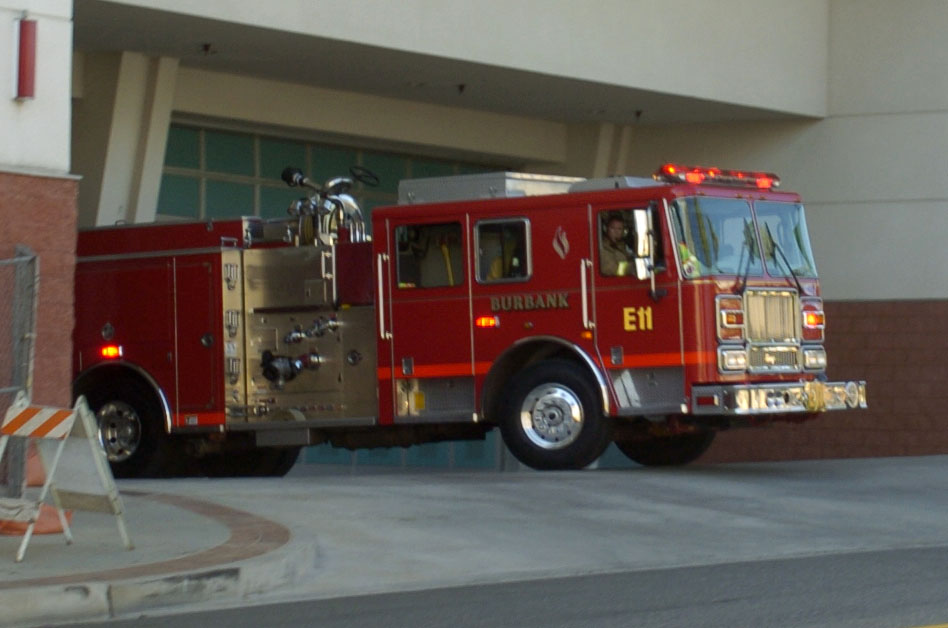 An early morning fire at a tri-plex put Burbank fire units to work for the second time this week.

At 7:02 am, a full assignment was sent to 1935 N. Hollywood Way after several reports of a fire in an apartment were received. Arriving on the scene quickly, it was confirmed that heavy fire was showing from the rear of the two-story tri-plex and it was reported that there may be a person trapped inside.

Firefighters raced in and quickly determined that the resident was out of the structure.

According to Battalion Chief Mark Hatch of the Burbank Fire Department, “The fire was confined to the unit of origin and no attic extension, and a knockdown (of the fire) was called at 7:20 am. 23 firefighters were on the scene to handle the fire.

With fire hoses stretched across Hollywood Way, Burbank police were called to shut down the street while the firefighters worked.

There were no injuries to firefighters but paramedics did treat one person for exposure to smoke. The patient was transported to a local hospital as a precaution.

The incident which is currently under investigation.

This has been the second fire for firefighters this week after the 3-alarm blaze at 10 W. Magnolia early Monday morning.