“This program is specifically designed for trainees who have a passion for space exploration,” according to the U.S. Space and Rocket Center’s media release. “Julian spent the week training with a team that flew a simulated space mission to the International Space Station (ISS), the Moon or Mars. The crew participated in experiments and successfully completed an extra-vehicular activity (EVA), or spacewalk. Julian and crew returned to earth in time to graduate with honors.” 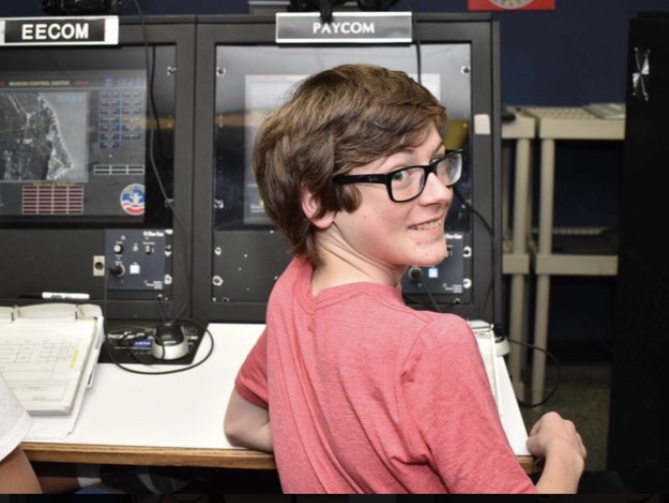 “Space Academy was something I had wanted to do for a very long time but just never saw the moment to ask my parents,” commented Pallini, who called the experience, “a dream come true.” 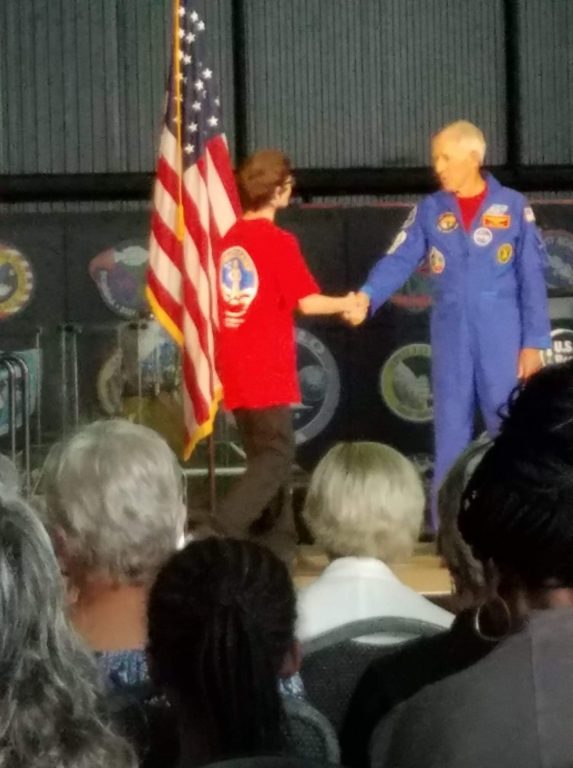 “These social skills developed as my dorm mates and teammates spent every waking hour together working to solve problems and these people became like family.”

“In addition to the social and technical skills that I learned, we covered the history of the space program all the way from the launching of the Sputnik satellite by Russia to the future with the Artemis program and the future of space colonization.”

“As mentioned previously, my teammates were like family, and in tough situations they were the inspiration; be it our many simulations with trying to keep the space station in orbit as the payloads communicator or the trials of working to keep an egg from being burned to a crisp using a blast shield that had pasta as a layer, everything there was inspirational and awe inspiring to me.”

“The experience was probably the most influential in terms of career, because what I once thought was just my far-fetched dream as a child now seems feasible and within my reach,” Pallini also said. 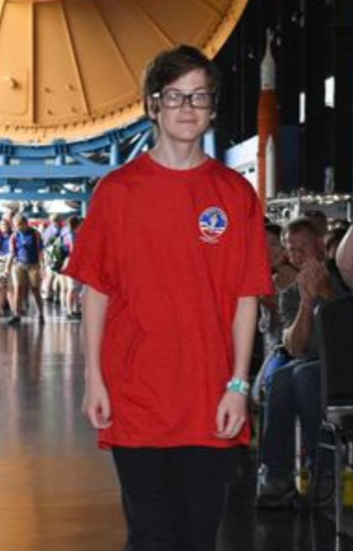 Pallini, who recently turned 17, is currently looking for a summer job and preparing for his senior year at BHS, which begins in mid-August. He’s also visiting colleges and preparing college applications.

“My goals for this year at Burbank High School is to, as a senior, welcome the freshmen who will carry on the school’s legacy, and work to make my band director proud, in addition to mastering my skills in my self-study physics class,” he explained.

“My dream school is Cal Tech,” he said. He also plans to apply to MIT and Cal Poly San Luis Obispo.

“I plan to work towards majors in Astrophysics or Forensics Chemistry. Some clubs and extra-curriculars that I have been in, relating to space and science include Astronomy Club, although last year I was not able to be in the club because I was overloaded with classes and stress.” 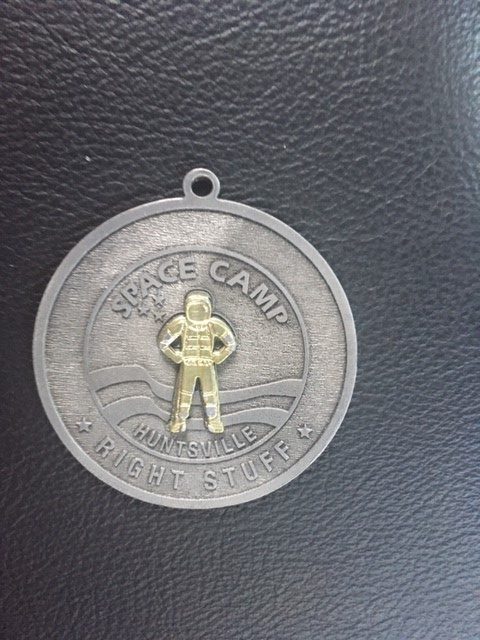 This year, though, he hopes to be a part of Burbank High’s Astronomy Club once again, and the Solar Cup Club. Pallini plays the clarinet and tenor saxophone in the school bands in which he participates. He also playes accessories in Winter Drumline.

Also according to the U.S. Space and Rocket Center’s media release, “Space Camp operates year-round in Huntsville, Alabama, and uses astronaut training techniques to engage trainees in real-world applications of STEM subjects. Students sleep in quarters designed to resemble the ISS and train in simulators like those used by NASA.”

“More than 850,000 trainees have graduated from a Space Camp® program since its inception in Huntsville, Alabama, in 1982, including European Space Agency astronaut Samantha Cristoforetti and NASA astronauts Dottie Metcalf-Lindenburger, Dr. Kate Rubins, Dr. Serena Auñón-Chancellor and Christina Koch, who is serving onboard the International Space Station. Children and teachers from all 50 states and almost 150 international locations have attended a Space Camp® program.”

More information on Space Camp can be found online on the organization’s website.