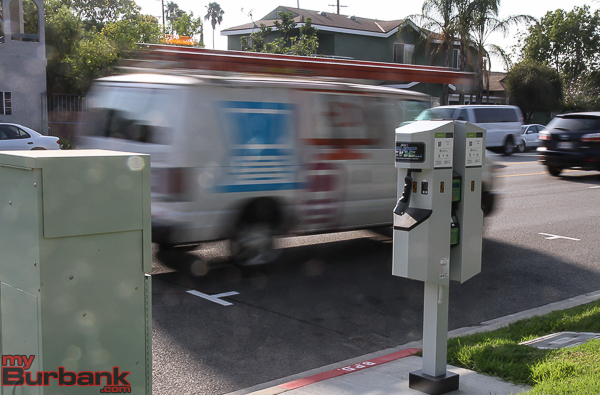 That is because Burbank Water and Power has initiated a curbside charging program, funded mostly by a grant, to determine how much electric vehicle owners will use such charging stations. It makes Burbank the first city with such a program, BWP officials said.

The program comes after 11 charging stations were installed in December 2011, mostly around downtown Burbank, in private areas such as parking lots outside of retail establishments.

Since then, the utility has looked at other possibilities for charging stations, Kapil Kulkarni, of the utility’s marketing department, said.

“Equipment is getting a lot better and smaller, and this was the next step,” Kulkarni said. “Once in use, we will see if it is more convenient to put the chargers on the sidewalk or in private areas like a parking lot.” 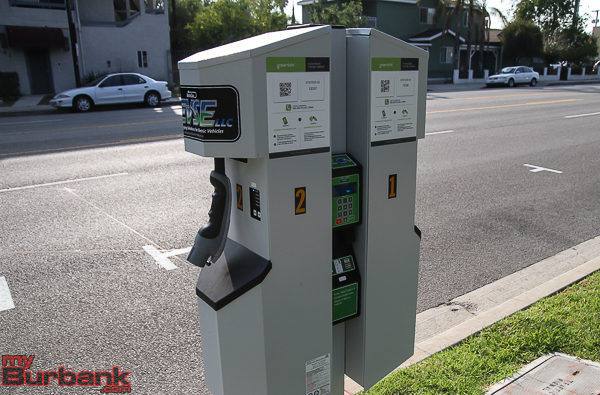 Kulkarni noted the increase in the use of the first 11 chargers.

“The total energy sold has doubled nearly every year, and we have sold [nearly] as much energy through July 2015 as we did in all of 2014,” Kulkarni said in an email. “We can then use the revenue generated through charging activity and federal and state grants to help pay for new stations.”

Now, eight Level 2 chargers were installed at eight sites throughout the city in late July and early August, that allow for two cars to charge, curbside, at each site.

The curbside chargers are located at Hollywood Way and Victory Boulevard, on Hollywood Way near Porto’s Bakery and next to the Buena Vista Library, among other areas. 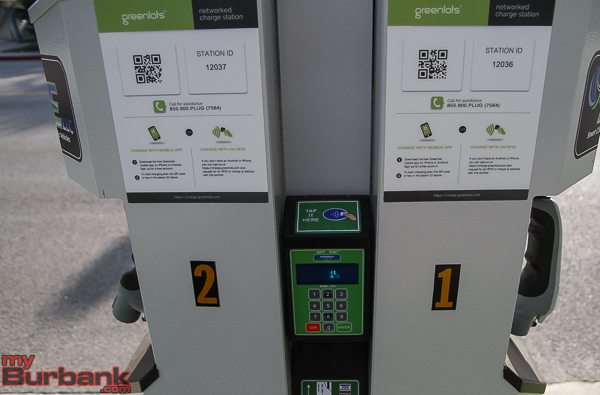 Plans for additional chargers at Burbank Bob Hope Airport and at the Empire Center could materialize by the first quarter of     2016, Kulkarni said. Some of these chargers may be Fast Chargers that can charge a car in 30 minutes. The existing Level 2 chargers take between two to four hours, he said.

“This is part of our strategy of transportation electrification,” Kulkarni said,  “where we can clean our transportation and our air, using electricity that is reliable and affordable.”

The cost of the chargers was about $230,000, and the utility received a California Department of Energy grant of about $165,000 to cover the majority of the cost, with the remainder coming from the BWP budget, Kulkarni said.

While Kulkarni was unsure of which other cities were embarking on curbside charging programs, he noted downtown Los Angeles has one curbside charger.

According to a Philadelphia news article, in December, Berkeley, Calif., approved a pilot program to award 25 permits for curbside electrical chargers. Philadelphia itself offers special parking permits for EV owners who want to install curbside chargers. 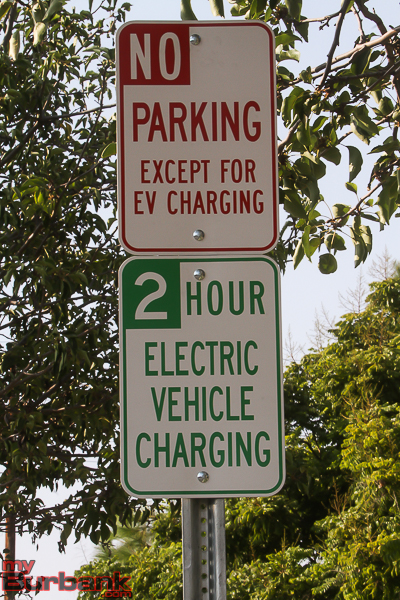 For a map of the new curbside EV charging stations, visit:
https://www.burbankwaterandpower.com/electric-vehicles