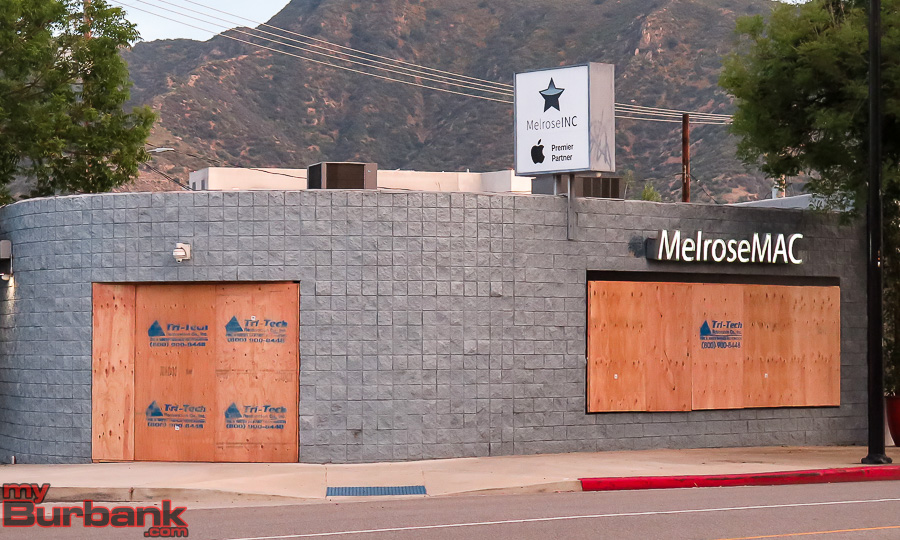 After the damage to the Melrose Mac occurred in Hollywood, the business in Burbank has been boarded up to help prevent looting. (Photo by Ross A. Benson)

The City of Burbank issued a press release at 12:38 announcing they are enacting a curfew for the City beginning at 5 pm on June 1 and will last until June 2 at 6 am.

There have already been arrests for trying to break into gun shops and the CVS on Hollywood Way has received damage to their business Sunday morning. 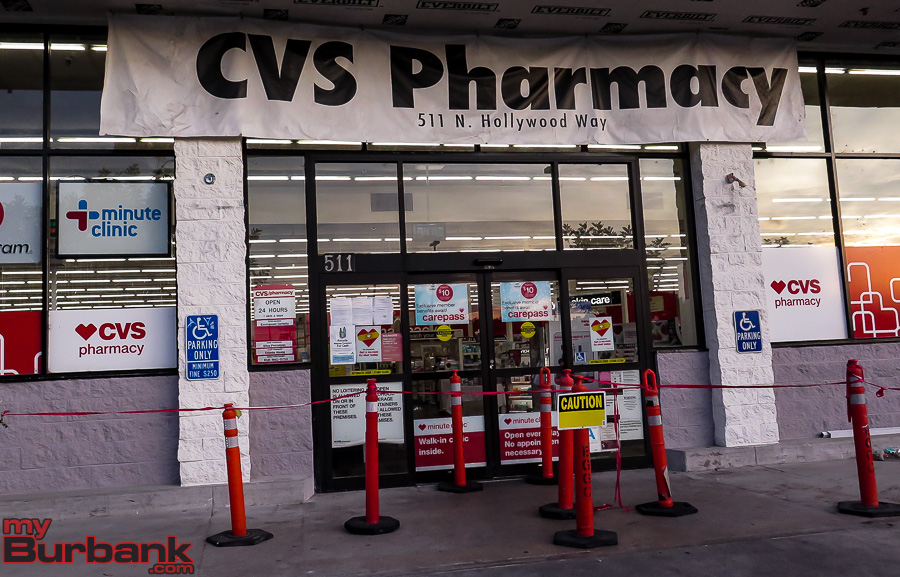 The CVS at Hollywood Way and Verdugo received damage to the front after an alledged attempt to gain entry Sunday morning (Photo by Ross A. Benson)

Some businesses have already been seen boarding up the front of their business.

In an effort to be prepared and not panicked and to allow for lawful, peaceful protests and still ensuring the safety of Burbank residents, visitors and businesses, the City of Burbank has issued an Order establishing a curfew for tonight, Monday June 1, from 5:00 PM to 6:00 AM and continuing until the curfew is lifted through another Order.

“No person shall be upon public streets, avenues, boulevards, places, walkways, alleys, parks or any public areas or unimproved private realty within the City of Burbank during the hours of the curfew” except “peace officers, fire fighters, first responders and National Guard or other military personnel deployed to the area, credentialed media, individuals traveling to and from work, people experiencing homelessness and without access to a viable shelter, and individuals seeking medical treatment.” 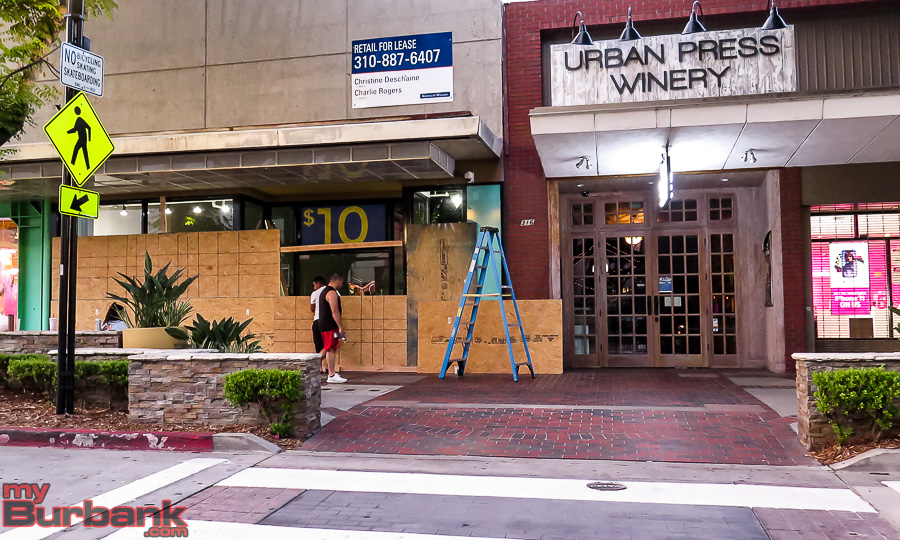 The City of Burbank Police and Fire Departments will be prepared for any emergencies or vandalism that will possibly occur. Should you experience an emergency, please dial 911.

The City encourages business owners to close early to support the Order and allow their employees and customers to complete their purchases and head home prior to the Order going into effect.

The full order can be seen here.