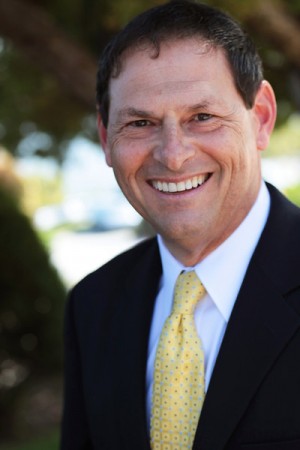 As the child of two Holocaust survivors and a sitting Burbank Superior Court Judge, Fred Rotenberg presides over his courtroom with empathy and understanding.  Recently, his dedication to the community was honored by Assemblyman Mike Gatto (D-Burbank) on the floor of the California State Assembly.  At Gatto’s invitation, Judge Rotenberg’s family’s story of survival and success was a highlight of the State Capitol’s Holocaust Remembrance Ceremony.  The ceremony honors Holocaust survivors, liberators, and the children of survivors.  During the ceremony, Assemblyman Gatto spoke of the courage of Rotenberg’s parents in their flight from the Nazis.

In 1942, as hostilities towards the Jews escalated, some of members of Judge Rotenberg’s parent’s families (his father had seven siblings, his mother had eight siblings) headed to the forests of Poland with little more than the clothes on their backs.  Rotenberg’s father was in his late teens, his mother was barely twelve.  Within days of leaving, the family members who did not flee were killed by their Nazi-sympathizing Polish neighbors and friends.

His parents foraged for food to survive. His father was captured twice, but managed to escape both times while en route to detention camps, sustaining bullet wounds to his wrist and knee.

Judge Rotenberg’s parents married in 1945, and ultimately moved to the United States of America.  They purchased a chicken ranch in Petaluma, California where they raised their two sons.  In 1966 they ventured into the ice cream business until retirement in 1979.  Harry passed away in 1988.  Judge Rotenberg’s mother remarried in 1992, and now resides in Sierra Madre, California, to be close to her son, daughter-in-law and grandchildren.

“It is an honor to share the story and the struggle of the Rotenberg family, and all the victims of the Holocaust,” said Gatto.  “Often, those seeking to perpetuate the memories of a most difficult time for all humanity need to look no further than their own communities.  I am so honored that Judge Rotenberg could participate in the ceremony, and hope his story will inspire others to pursue success, even in the face of oppression.”