It was reported today by city officials that Burbank Mayor Will Rogers has lost his battle with cancer.  He was 60 years-old. 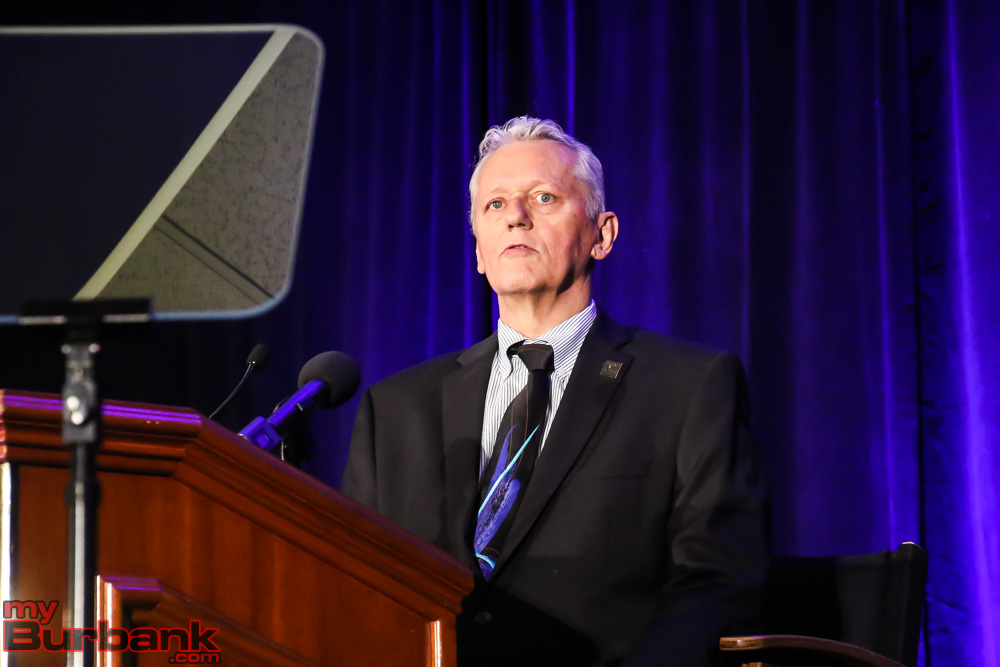 Mayor Will Rogers during his State of The City Presentation. ( Photo by Ross A Benson)

He was appointed Mayor of Burbank on May 1, 2017, and was scheduled to step down in just 11 days when a new Mayor is appointed by Council vote.  After announcing his condition in September 2017, Rogers continued with his council responsibilities, including attending special events, ribbon cuttings and continued chairing council meetings, as recently as April 12.

Rogers was elected to the Council in 2015 and according to a city release, “Mayor Rogers will be remembered for his quick wit, unrelenting honesty, positive attitude, unpretentious demeanor and unyielding love for the City of Burbank. As Mayor, his highest priority was transparency and sharing information with the public. He was always willing to listen even if he disagreed.”

The release goes on to say, “Although born in Wisconsin, Will was raised primarily in and around Bloomington, Minnesota, a place he refers to as the “Burbank of Minnesota.” Will’s family moved extensively when he was young, leading to sojourns in many spots including Burlington, Vermont, Pismo Beach, California, Chicago, Illinois, and Merritt Island, Florida.

Will performed in his first commercial at the age of 15, and shortly thereafter began his “backup career” as a freelance writer, specializing in investigative journalism. As a young adult, Will attended the Goodman School, a renowned college for actors in Chicago, and later Normandale College in Bloomington where he won national awards with the speech and forensics team.

Will arrived in the Los Angeles area in 1979, where he continued dual roles as an actor and writer landing roles in TV and film while his by-line appeared in a variety of publications from LA Weekly to Germany’s “Der Spiegel” magazine.

In 1990, Will began writing for the local paper and was soon writing at least four feature columns per week. Will’s work has appeared in virtually every newspaper in the “Times Community Newspapers” group, from Pasadena to the South Bay, to Burbank, winning more than 20 first-place awards from the California Newspaper Publisher’s Association, the Greater Los Angeles Press Club and others, including “Columnist of the Year.” 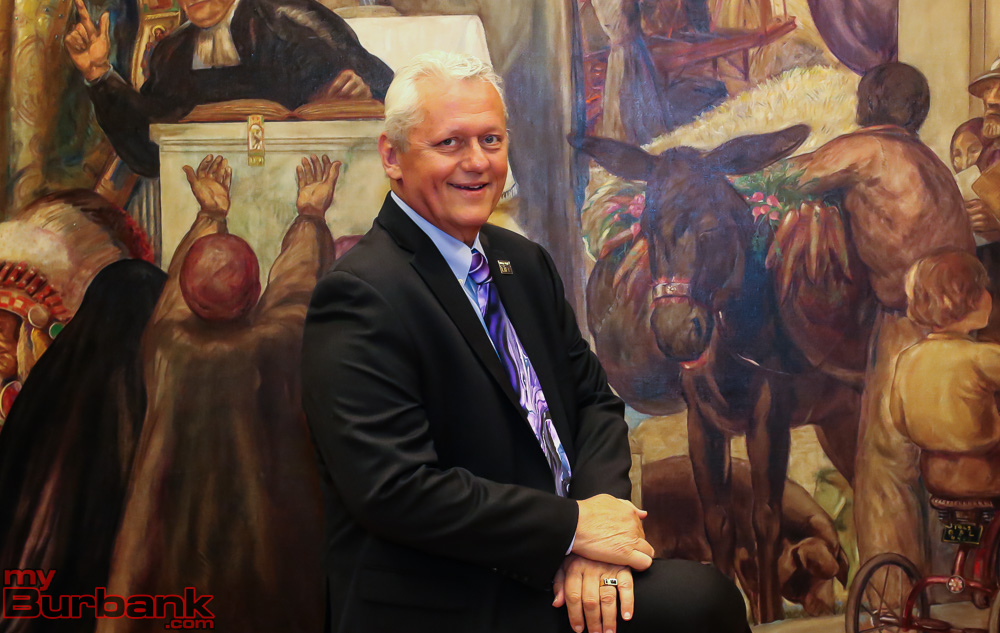 Much of Will’s press work has been investigative in nature, but he’s also written “observational humor” pieces about his wife and children, often touching on his DIY home remodeling projects.”

Vice-Mayor Emily Gabel-Luddy will assume the role as mayor for the next 11 days until the Council Reorganization meeting on May 1.