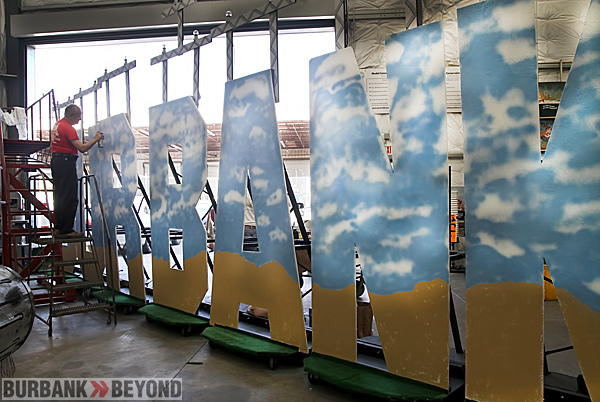 Burbank On Parade Float Chairman Wayne Poirier readies the lead off float - the Burbank Letters. (Photo by Ross A. Benson)

This years Burbank On Parade is only a week away and Float Chairman Wayne Poirier was busy putting the final touches on just one of the entries planned for this years parade, those Big letters that spell out BURBANK.

He wanted to keep it a secret what the final project will look like, but say’s he’s sure it will be a delight to those all in attendance.

This years parade theme ‘The World of Aviation and It’s Hero’s will have plenty of eye opening and spectacular things taking place, including the roar of helicopters overhead, and the joy of getting wet from the Bob Hope Airport’s newest piece of Firefighting equipment. 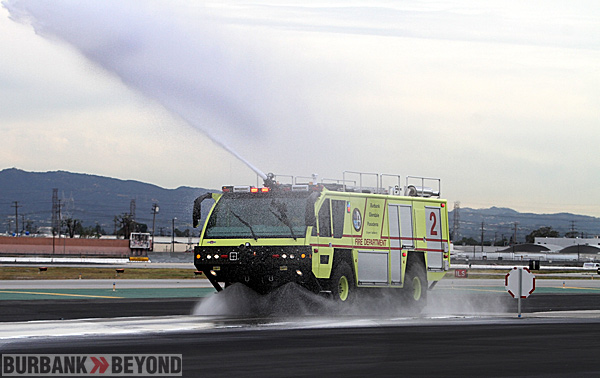 The Grand Marshals are Aviation hero’s Robert Gilliland, who flew the original SR-71 Blackbird and Clay Lacy, who has logged over 50,000 flight hours and has accumulated more flying turbine aircraft than any other pilot and has appeared in more TV shows as real pilot.

The Alumni Band has been clearing out their instruments, and the Alumni Drill Team members have gotten their pom-poms ready and bought plenty of Bengay for the Sunday following.

The parade kicks off at Keystone and Olive at 11:00 and goes east to Lomita.