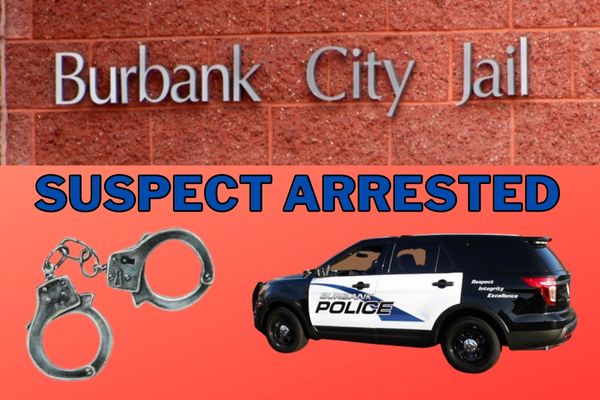 Burbank’s Joint Air Support Unit (Air 1) played a significant role in capturing four burglary suspects Friday night. On September 16, at about 9:10 pm, police received a call from someone, who was not at home at the time, that he had seen three men jump the fence in the back of his property. All three were wearing dark clothing and had backpacks. A neighbor’s alarm also sounded shortly after, indicating a possible break-in. (It was later confirmed that a burglary had taken place).

Within a minute, Air 1 was overhead and saw one of the suspects scrambling down the mountain and jumping into a waiting get-away van at Via Latina and Via Pompeii in the Cabrini Villas in Sun Valley.

Air 1 then watched the van as it traveled down to Glenoaks and entered the I-5 Freeway northbound at Hollywood Way. By this time, police units were on his tail, and the chase was on. The pursuit went from the 5 Freeway to the eastbound 118, then the eastbound 210, and now with CHP units taking over the primary chase, the van went southbound on the 2 Freeway before exiting at Riverside Drive in the Elysian Park area. Speeds in the pursuit went as high as 90 to 100 MPG.

The pursuit lasted until the van could not navigate a corner and went up on a sidewalk and wedged in with a wall. The four suspects then fled on foot with Air 1 watching from overhead and helping police to set up a perimeter in the area.

Members of the Glendale Police Department, CHP, and LAPD all assisted with the perimeter and, after securing the area, found one of the suspects. Checking the video, they knew there were still three suspects remaining and called in K-9 dogs from Burbank and Glendale. Just after 1:00 am, the final suspect was located, bringing the total to four.

Paramedics were called in to treat the final three suspects for dog bites during their arrests.