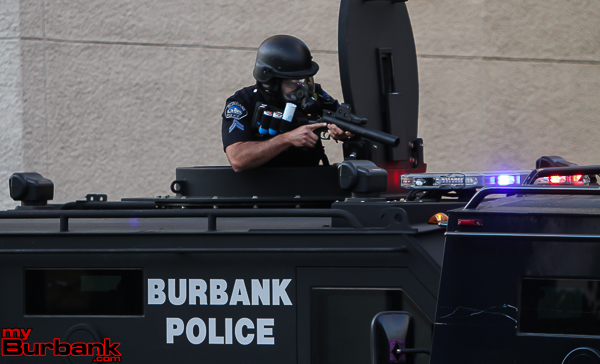 Burbank police recently put out a Community Bulletin to remind residents that the 911 system are important to public safety. Residents should only call 911 for life and death emergencies for fire, paramedic and police responses.

According to the Burbank Police Public Information Officer, “There has been an unsettling pattern of fake emergency calls being made nationwide. Commonly referred to as “swatting,” false reporting of an emergency is illegal and extremely dangerous.

In the past couple of months, there have been alleged ‘swatting calls’ made to Burbank police. One was on Scott Road, another about a week ago when a call was made to Burbank police that the Power 106 studios on Olive where two rival gangs were on scene for a talk show and had potential weapons. After deploying many units along with a police helicopter, they found the call was false.

On Sunday night, March 12, police also received a call on Maple St. that also proved to be false after tying up units for a period of time.

In the bulletin, police say,  “It is a misdemeanor under the California Penal Code for any person to willfully use the 911 system for any purpose other than the reporting of an actual emergency. It is a felony if someone is injured or dies as a result of emergency service response to a false or fake call.

Police have promised to investigate all false emergency reports and will hold the parties liable both criminally and financially for any costs associated with the false call.