Twelve scholarships ranging from $750 to $1000 and totaling $11,600 were awarded to graduating seniors in the San Gabriel Valley area for the 2019 NOBLE Scholarships on May 11 at Noor – Paseo Colorado. 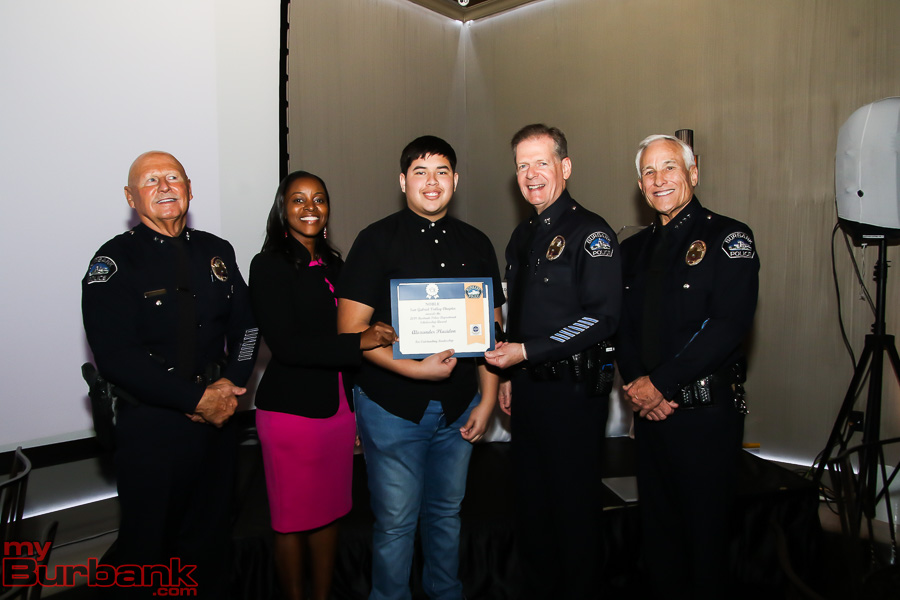 “We were very honored to have District Attorney Jackie Lacey as our keynote speaker,” commented Wilson. “The event was very successful (about 130 in attendance) and we were very proud of Burbank PD’s efforts towards putting the event on.”

“We partnered with members of this community without whose help the event would not have been a success,” Wilson explained. “Funds were raised to fully fund current scholarship recipients with additional seed money for other events next year and beyond.”

“We are also honored this year to have Burbank Police as a scholarship sponsor,” she continued. “The Burbank Police Scholarship is awarded to a high school student who has demonstrated academic achievement, leadership and an interest in pursuing a career in law enforcement.” 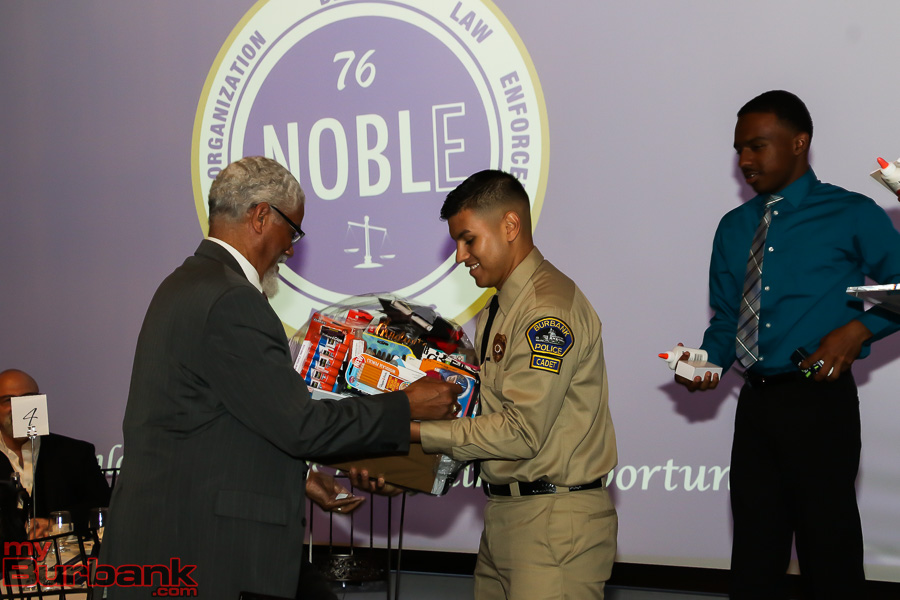 The recipient of the Burbank Police Scholarship for 2019 was Alexander Placidon, a graduating senior from John Muir High School in Pasadena.

“Alexander is a diligent student who has learned to overcome obstacles. He remains active in sports (Basketball and Baseball) and consistently takes a leadership role in the Mentoring and Partnership for Youth Development Program. As a member of MPYD, he has assisted with several food and toy drives as well, campus beautification projects.”

Placidon also “participated in the US Forestry Service Generation Green program throughout his high school years and is now a ‘key member of the Forestry Service Youth Leadership Camp’ where he teaches and mentors younger children related to the environment. Alexander has a cumulative 3.2 GPA and has been accepted to California State University, Los Angeles.” 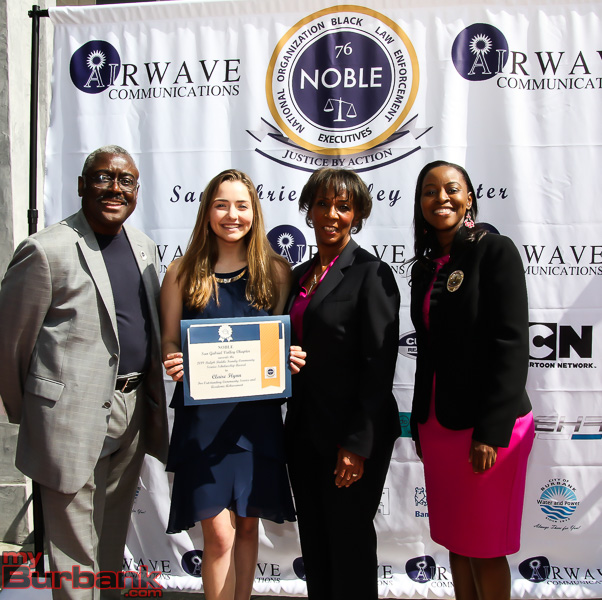 The San Gabriel Valley Chapter of NOBLE, along with the Burbank Police Department and the Pasadena Black Municipal Employees Association (PBMEA), awarded the scholarships to help graduating seniors with their future academic endeavors.

The San Gabriel Valley Chapter of NOBLE was established in 2003 and covers the area from Burbank east to the Inland Empire.

“Over the past six years, SGV NOBLE has overseen the distribution of $20,000 in academic scholarships to 49 worthy high school students from around the region,” according to Wallace and Wilson.

“NOBLE National was founded in September 1976 during a three-day symposium in Washington, D.C., to address crime in urban and low-income areas. NOBLE represents over 3,200 members internationally, primarily African-American chief executive officers of law enforcement agencies at federal, state and municipal levels who are committed to “Justice by Action,'” explained Wallace and Wilson.

The scholarship program for SGV NOBLE began with Wallace and his wife Donnetha in 2008, as Wallace celebrated his 30th year in law enforcement. They used the milestone as an opportunity to start raising funds to help young people with the costs of college education. Since the inaugural year of 2012, the number of NOBLE scholarships given out has increased annually.

More information on NOBLE and its mission can be found online here.