For people who have a strong desire to enter law enforcement but already have an established career, one might consider the Burbank Police Reserve Officers program. 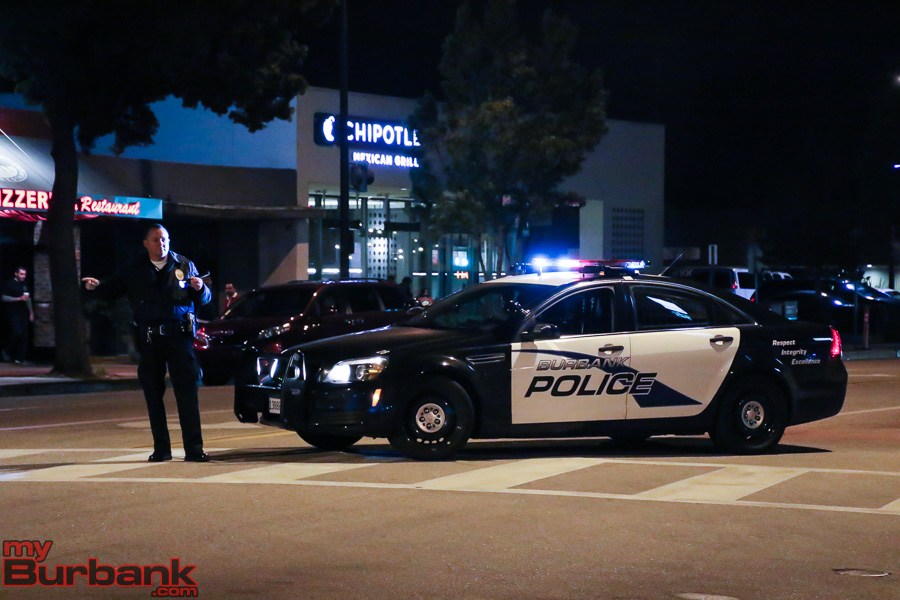 Candidates are put through a rigorous qualification regimen and attend the police academy. After graduation they are sworn in and are authorized to carry a firearm and perform the same law enforcement duties as a full-time police officer.

One difference is that a reserve officer serves without pay, but those interviewed said rewards are many, including a self-satisfaction of giving back to one’s community and keeping it safe. Reserve officers also create a special bond with their partner, working side-by-side problem-solving in stressful situations. Reserve officers do receive an annual stipend to cover uniform and general expenses. 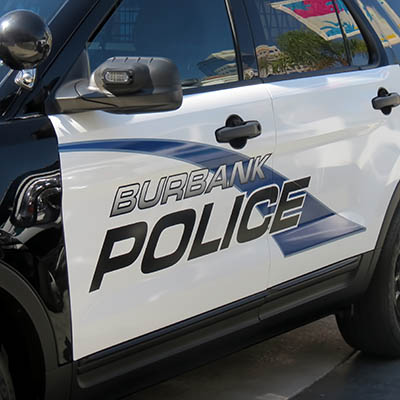 There was once as many as 45 people in the program and today only nine reserve officers remain, so officials are running a recruitment campaign.

Reserve Associations throughout the state and nation are experiencing a decrease in volunteers because of the level of commitment without renumeration, said Reserve Captain DeWayne Wolfer.

“Volunteerism is a thing of the past,” he said. “In the 1980s when we all came in, people were conscientious about volunteering. Nowadays — it’s a generational thing – it’s difficult to find people who will do something without being paid for it. Having said that, there is still a core of people who are willing.”

The commitment to the program is extensive. The police academy alone is a demanding 660 hours and when someone is going on a part-time basis, like all day on Saturdays and two nights during the week, it can take a year to complete. Many people with a full-time job have trouble making that kind of a commitment, Wolfer said. 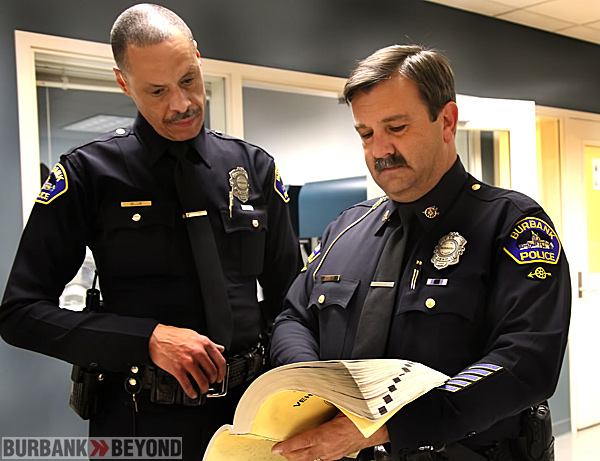 “The recruitment rate is very low because we are very selective,” he said. “To be hired as a reserve officer, one must meet the same criteria as a regular police officer. That’s difficult to do without renumeration and secondly, to work your schedule to be able to get to the academy.”

Generally there are two types of people who join the reserve program, Wolfer said. First is a stepping-stone reserve, who is usually a younger person wth sights set on becoming a full-time police officer. The other is a career reserve, one who has an established profession but wants to volunteer in his off hours.

“They are looking for a change of pace.They want a little bit of excitement maybe or just want to volunteer,” he said.

Recruiters are focusing on candidates who are interested in becoming career reserves, but are also accepting applications from people who wish to use it as a stepping stone, Wolfer said.

Having a number of reserve officers is an integral element of the department, said Lt. John Dilibert, who retired from full-time service in October. Reserve officers not only help out at parades and community events but are instrumental as back-up during times of aircraft emergencies or natural disasters — like earthquakes and brush fires.

Reserve officers can be placed at the scene or assigned to patrolling other areas of the city, relieving full-time officers to devote their time to the emergency situation, Dilibert said.

Having reserve officers who live in Burbank can save time getting personnel out to an emergency call as many officers have moved to other areas, like Santa Clarita, he added.

“The more people we get helping us out, especially living in the city — they are giving back to the community — it makes all our jobs work together.” 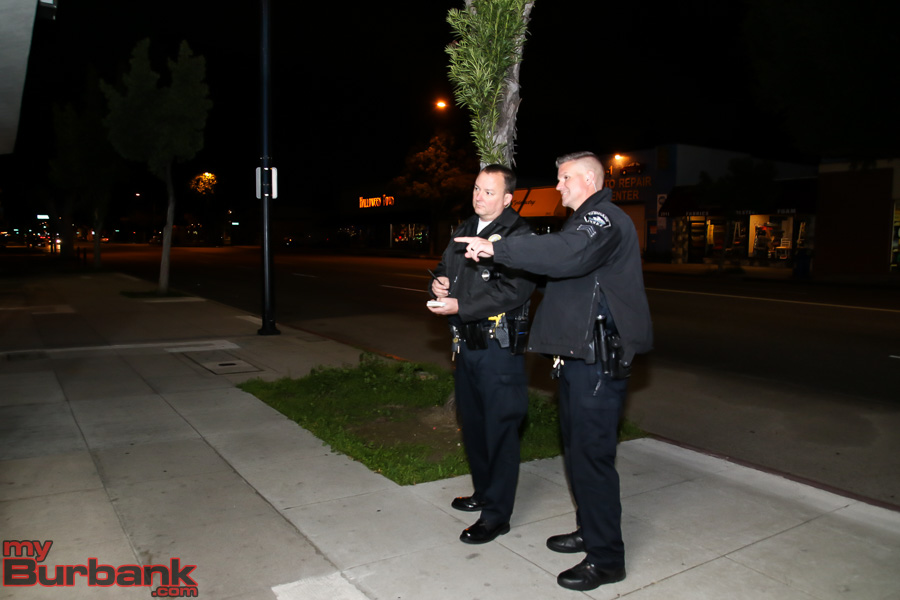 Each reserve officer now with the department has their own personalized case studies in which they assisted an individual in some type of police action or police intervention, said Deputy Chief Michael Albanese, who worked for 38 years with the Los Angeles Police Department before coming to the Burbank Police Department in 2010.

“The high marks I give these guys is in their professionalism, their dedication, their commitment to the law enforcement mission, which is a big, big deal,” he said.

What makes reserve officers so vital to the police department is the different life experiences they bring to the job. They have a passion for their career goals but they want to serve, he said.

It’s a special person who gives time without pay. One of those reserve officers is Steve Bellow,  Albanese said.

“He is a successful entrepreneur but on Fridays and Saturdays he makes a long drive from his home to serve in Burbank,” he said. “He was a full-time police officer and then became a reserve officer after creating a successful business.”

Another function of a reserve officer is filling in for full-time officers who are taking training courses or attending law enforcement conventions. In addition, reserve officers also participate in many hours of mandated training and all without pay, Albanese said.

Some reserve officers use the program as a stepping stone to joining the force full time, said Captain Ron Caruso, commander of the Reserves, who started his law enforcement career as a reserve police officer.

“They learn more about the job and see if it’s going to be a good fit for them, and others have always had an interest or passion for law enforcement but they already have a good career and they don’t want to give up that career,” he said.

Caruso was always attracted to opportunities that push a team atmosphere, he said.

“I was always involved in team sports and I also liked the appeal of discipline and doing something that was noble, that had a stronger purpose than other types of work, so it feels rewarding to do that type of work that we do although some of it is tedious and boring there are many times you are thrust into some really important situations and it really makes a difference.”

Officers receive great feedback also from the public, he added. 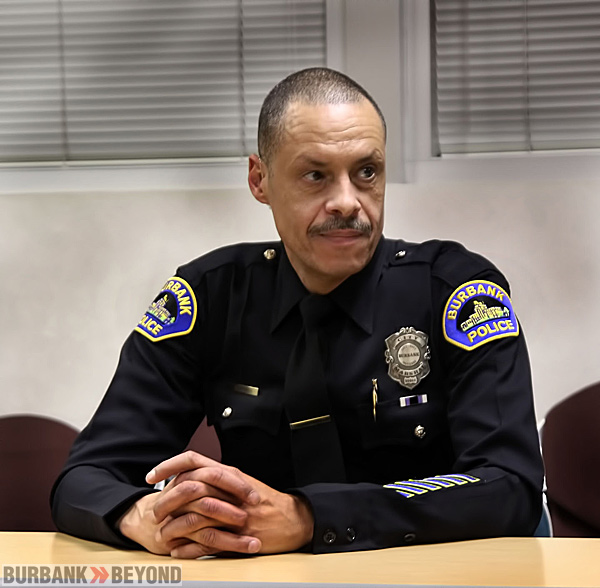 “People who are either in tears hugging you or thanking you or giving you a thumbs up,” he said. “I’ve been in neighborhoods or business districts where you are maybe at the end of a pursuit or other dynamic situation and people come out and pat you on the back or offer you a Coke or something like that. In Burbank we get a lot of public support. So you feel good about that. You feel like you are one of the good guys. There is a lot of good work being done.”

One 30-year-plus reserve officer has combined his two passions. Ken Crossman, a reserve lieutenant, holds the distinction of being the first and only reserve motorcycle officer.

“I don’t know why,” he said. “It seemed like a lot of fun and hadn’t been done and I wrote a proposal and it took several years before I convinced them to let me try,” he said.

It wasn’t without challenge, however. Crossman had never ridden a motorcycle on the street, only dirt bikes off-road.

He went through two weeks of intense training at the police motorcycle driving school and that gave him the confidence to go out on the street.

It’s been a lot of fun, he said, but there are a lot of facets to the law, that when you are coming in only once a week, it’s hard to have that broad basic knowledge.

“In my case, with a background in the automotive industry, traffic division, which deals with cars, registrations and license plates, vehicle codes — was second nature. I like it and I like the motor pool — it’s kind of a niche,” he said. “We go to the community meetings and almost always the number one problem is traffic, so we get to go out and make a little bit of a difference. I enjoy that.”

Motorcycle officers’ primary assignment is traffic control, accidents and traffic prevention. They don’t normally take calls for service but in times of peak commuter times, motorcycle officers are often first to get to the scene of a call because they can get there quicker than a police car, he said. There are so many ways the motorcycle officer can assist.

“It’s really a rewarding position,” he said. “We all do philanthropy in our own way and for me it’s the most selfish philanthropy of all time because you are receiving something while giving back.”

At the end of a shift, Crossman said, he feels tired, but he doesn’t want to return to the station just yet because he’s having so much fun.

“But you’ve got to go in because you’re tired,” he said. 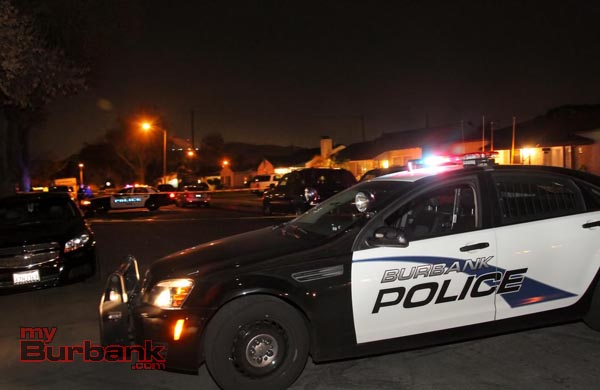 Burbank Police closed off the street to preserve the location where the victim was reported picked up from, awaiting Forensic Specialist to record evidence. (Photo by Ross A. Benson)

There’s a lot of flexibility in the schedule. One can work as often as they feel like.

“The great thing about the police department is it’s 24/7, so if I want to go to work on Sunday night at 3 a.m., well guess what, they’re open,” he said. “They can always use another cop. You just show up. It’s a win-win for everybody.”

Steve Perez, a 28-year veteran and sergeant with the reserves program retired in June but continued to give his time because of the great people.

“There is so much negativity in the world, but you look around at the people in the reserves program, they are very positive, very happy and they love what they are doing and I love being a part of that,” he said. “It’s a great feeling to give back to the city too! I grew up in Burbank. I went through all the schools. It’s a great city. I just wish I could give more time to the reserves program.”

Perez attributes his reserve experience as the reason he was hired as a jailer for the Pasadena Police Department, which is a full-time civilian job.

“A lot of times these young police officers will come into the jail and they’ll ask me ‘I’ve got this going on. What charge do you think I should charge him with’. So it makes you feel important. The only way I know that is because of the training and education I received in the reserves.”

Both men and women can apply. The hiring process for Burbank Police Reserve Officers mirrors that of regular officers. Applicants complete an oral and written exam to test their communication and decision-making skills as well as other qualifications.

After passing the exams, a physical agility test is given followed by a thorough background check. A medical and psychological examination are performed by specialists, followed by an interview with the Chief of Police.

A successful candidate is assigned to a six-month academy class. Upon graduation, a Reserve Officer completes a comprehensive field training program that equips him/her to perform law enforcement functions in support of regular police officers employed in all divisions of the department. 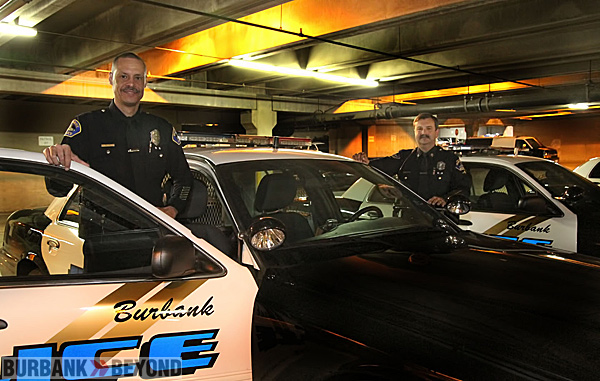 When the reserve officer program started in 1951, the original members were called Auxiliaries and assisted the police department only in times of disaster.

In 1970 the State of California Peace Officer Standards and Training required standardized and mandatory training for all Reserve Peace Officers, who were subsequently given powers of arrest and authorization to carry out most all law enforcement functions.

Then in 1999, the standards and training organization mandated that all Level 1 Reserve Officers complete the same academy and field training as regular full-time officers.

For more information or to apply, contact Reserve Lt. Rick Mathewson at rmathewson@ci.burbank.ca.us.