Burbank police took three into custody early Sunday morning before they could break into Gun World located on Magnolia Blvd. around 2:30 am on May 31. 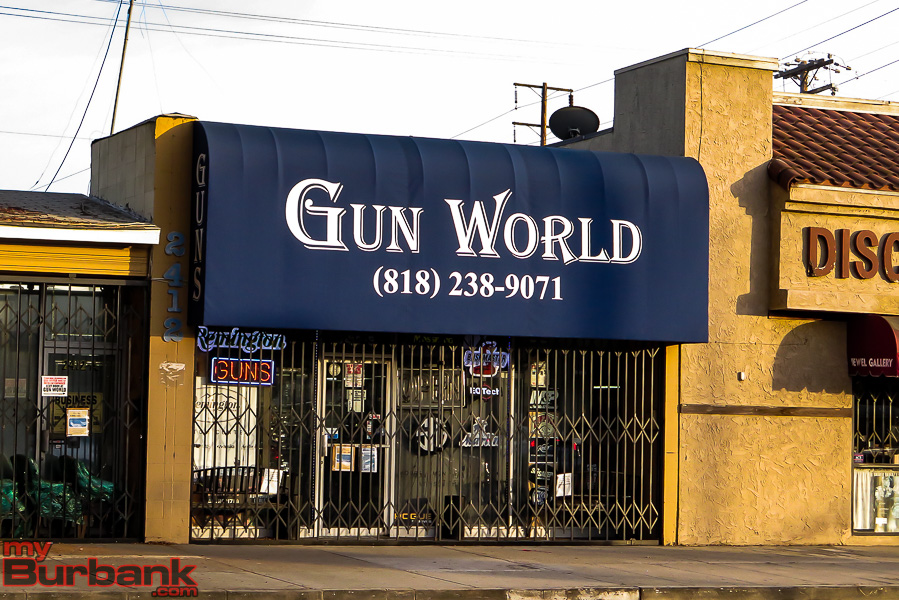 Photo by Ross A. Benson

According to Sgt. Derek Green of the Burbank Police Department, someone watching video cameras remotely spotted suspects trying to break into Guns LA at 3906 Burbank Blvd. While the suspects were not able to make entry into the business, alert officers in the field started to check the other gun shops in Burbank.

Officers located a suspect matching the description of the suspect trying to break into LA Guns at Gun World on Magnolia who had a crowbar with him. After locating and detaining the suspect, officers looked around the area and found his potential getaway vehicle with two females waiting.

Police took all three into custody and inside the vehicle found several items of clothing that still had security tags attached.

At the time they were taken into custody, L.A. County was under a State of Emergency due to civil unrest. All three individuals were arrested on suspicion of attempted burglary and looting. Because of the State of Emergency order, the suspect may be charged with felonies.