Burbank Police on Thursday afternoon unveiled their latest piece of technology, a 38-foot long vehicle that is essentially a command center on wheels, which cost almost half a million dollars. 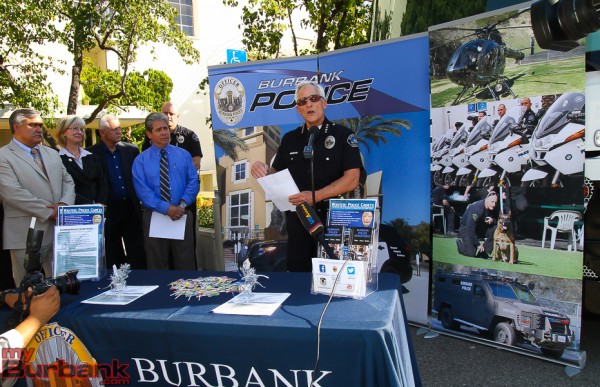 Officially called a Mobile Communication and Command Vehicle, or mobile command post, about $350,000 of the $488,000 cost of the vehicle and communications equipment was covered by an Urban Area Security Initiative Federal Homeland Security Grant, police said. The remaining costs were paid from replacement funding accumulated over 20 years from the previous vehicle.

“The older vehicle only had a fraction of the capabilities and space the new one does,” said Police Sgt. Claudio Losacco, spokesperson for the department. “It did not have the ability to take advantage of the available technology today or into the future.”

With an opportunity to use grant money to purchase the vehicle, the department and the city council believed procuring the new command post was a prudent decision, Losacco said. 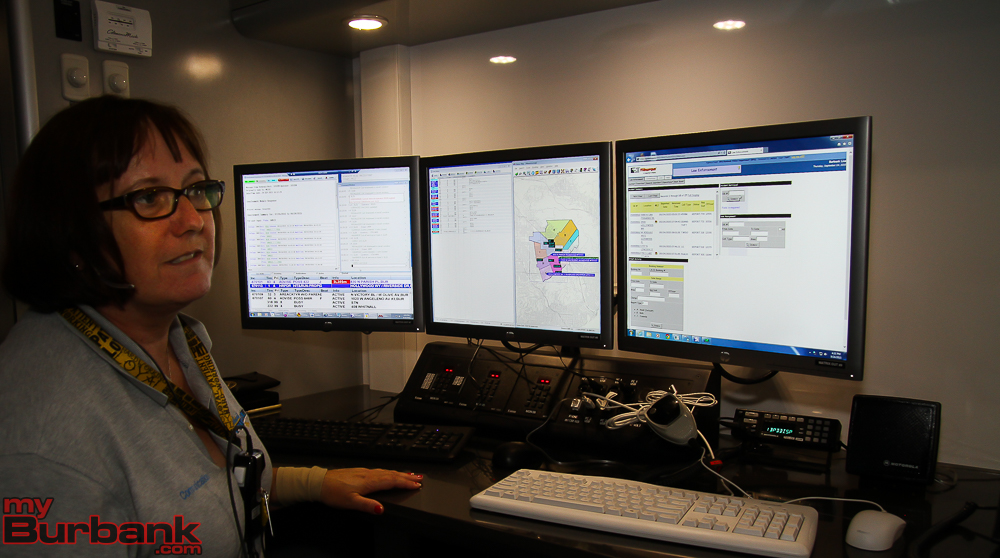 Dispatcher Michelle McCord monitors the action of the city inside the new command post during Thursday’s unveiling.(Photo by © Ross A. Benson)

Indeed, the mobile command post includes four, 911 capable emergency dispatch consoles and 13 LCD monitors. There are three additional monitors and police said they are able to connect another eight computers. The vehicle seats 15 people, and also comes equipped with a scanner/fax/copier machine.

The monitors are TV broadcast capable, meaning in addition to watching newscasts, police can also watch live feeds from a helicopter before the information is streamed to the public. And Burbank police have the ability to see what their own helicopter pilots are seeing.

Yet another plus is access to regional information with the vehicle’s technology.

“Burbank is part of a bigger area, and in the case of a disaster or other major issue, we work with other agencies, and other entities, such as public works, water and power and other police and fire departments,” Losacco said, making access to the Los Angeles Regional Common Operating Picture Platform (LARCOPP) significant. 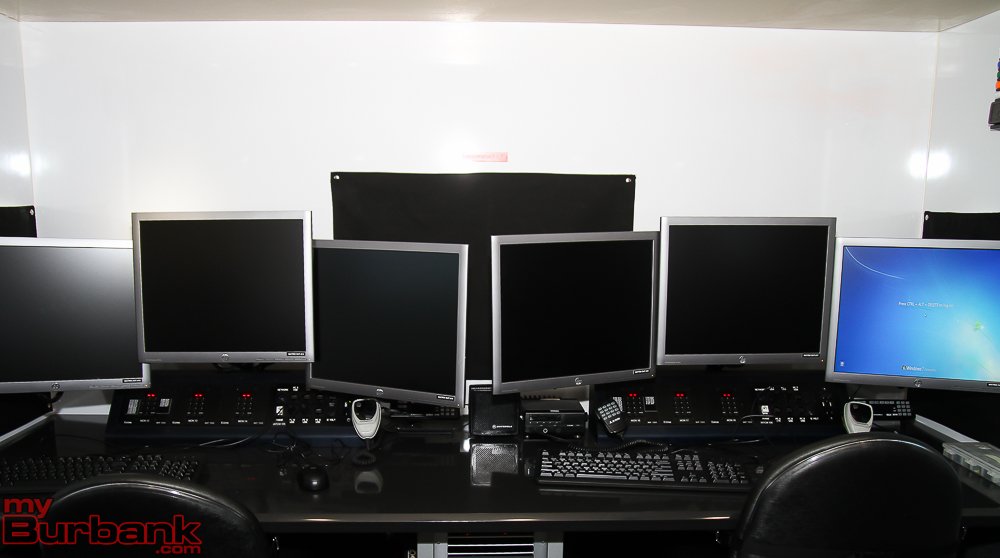 The vehicle also comes with a satellite phone, of extreme importance if police are in an area where there is no cell service. Should cell towers go down in an emergency or natural disaster, police are still able to make calls.

“We expect this MCCV to be used for 20-plus years, depending on technological advancements,” Losacco added.

The current MCCV was ordered in November 2014, and police took possession of it in July, Losacco said. Plans for ordering and obtaining specs for the vehicle started in mid-2012. 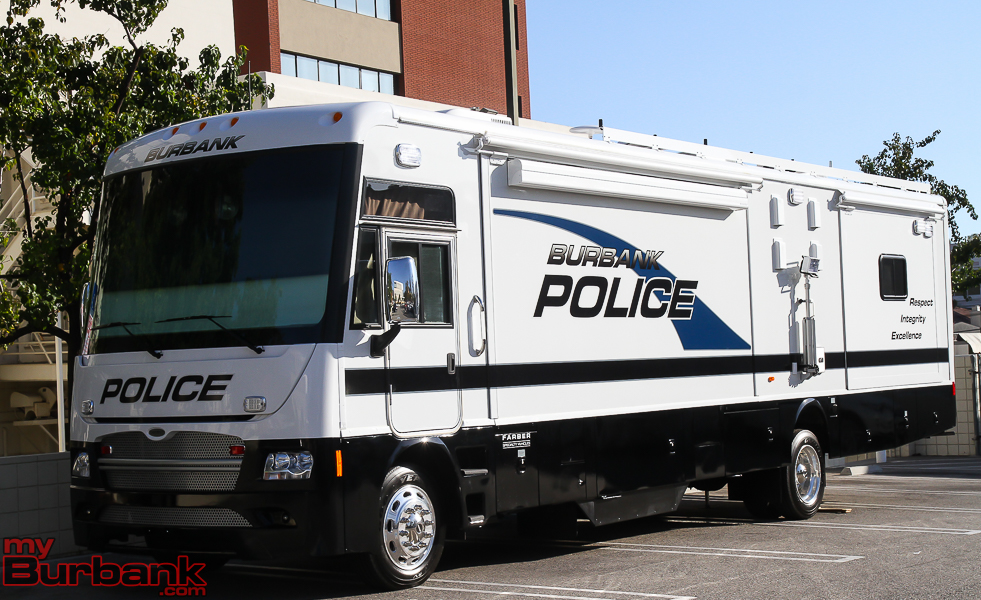 The mobile command vehicle also features a kitchenette and coffee maker, but no restroom. Police will have mobile restrooms, or portable toilets, delivered to locations where the MCCV would be used.

This afternoon’s event provided a peek inside the vehicle to the media and city officials.