Burbank’s median home price increased over 19% from $475,000 in November 2012 to $567,000 in November 2013, according to Multiple Listing Service (MLS) information. That median home price has remained relatively flat over the past seven months, but the increases in price year over year in April and May hit highs of a 30% gain. Last month in November, there were 62 new homes for sale, including 15 condos and 47 single-family residences. Over 146 different Burbank homes in total, including properties on the market for some time, were available for sale in November, according to the MLS.

“As 2013 comes to an end, it is clear the Real Estate market in the Burbank area has had a dramatic recovery,” commented Eric Benz, Realtor with Dilbeck Real Estate. “It appears the market has found its current high mark. If the market remains true to past trends there will be an uptick in prices in the spring of 2014, and the California Association of Realtors (CAR) is expecting prices to have a modest 5-6% increase in 2014.” 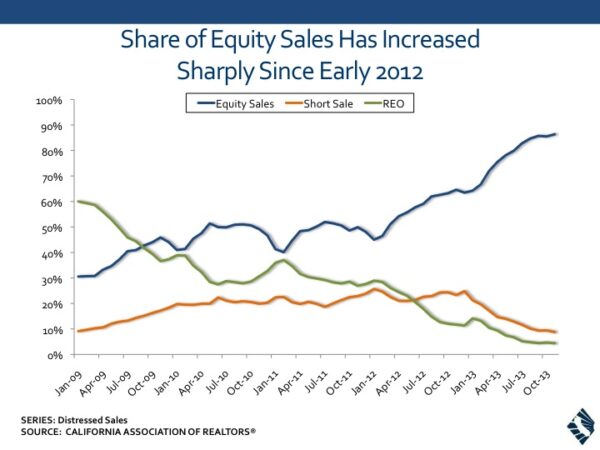 “Home price increases have played a major role in the reduction of distressed home sales,” added Benz. “With the recovery of the economy and the fact that many people who were in trouble have already taken advantage of short sales or have been foreclosed upon, we should see that number even lower a little more next year and return to a very standard number of distressed sales.”

The median price of a single-family residence in November 2013 was $607,150, while the average price for a condo was $425,000. Sixty-one residential properties sold in Burbank last month, including 58 standard sales and three short sales.

For the past several years, Burbank has continued to have a shortage of homes for sale. Properly priced homes usually sell with multiple offers, fueling concern among buyers trying to get into a home in Burbank. CAR predicts currently-rising interest rates to approach the low- to mid- 5% mark.

“Real Estate Agents and buyers alike are frustrated with this shortage and many sellers are reaping profits that a year ago, many of us thought would not have been possible for several years to come,” continued Benz. “Interest rates have finally started to rise and many buyers have been priced out of their dream of owning a home. Burbank is still one of the most desirable cities in L.A. County to live, work and raise a family and our home values will continue to rise over the foreseeable future.”