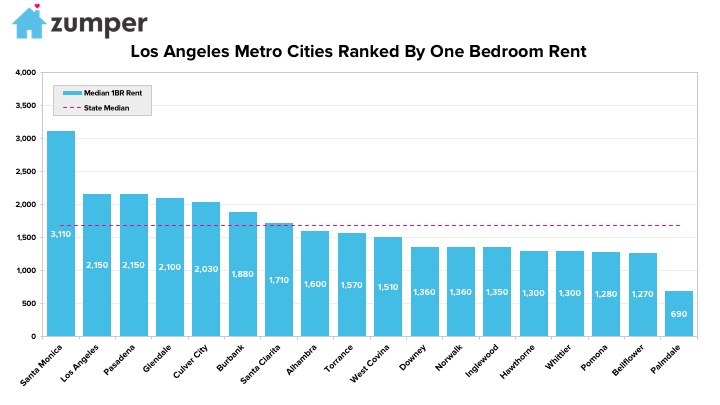 The Zumper Los Angeles Metro Report analyzed active listings in July across 19 metro cities to show the most and least expensive cities and cities with the fastest growing rents.

–Palmdale, CA rent grew a slight $30 since last month but continued to rank, by far, as the most affordable.

–Bellflower, CA had the second least expensive rent at $1,270.

–West Covina, CA had the fastest growing rent since this time last year, up 15.3%.

–Hawthorne, CA was third with a 13% rental yearly growth rate.

–Santa Monica, CA rent was close behind with a 5.1% monthly growth rate.

In the market for a new place? Search all Los Angeles apartments for rent on Zumper now.