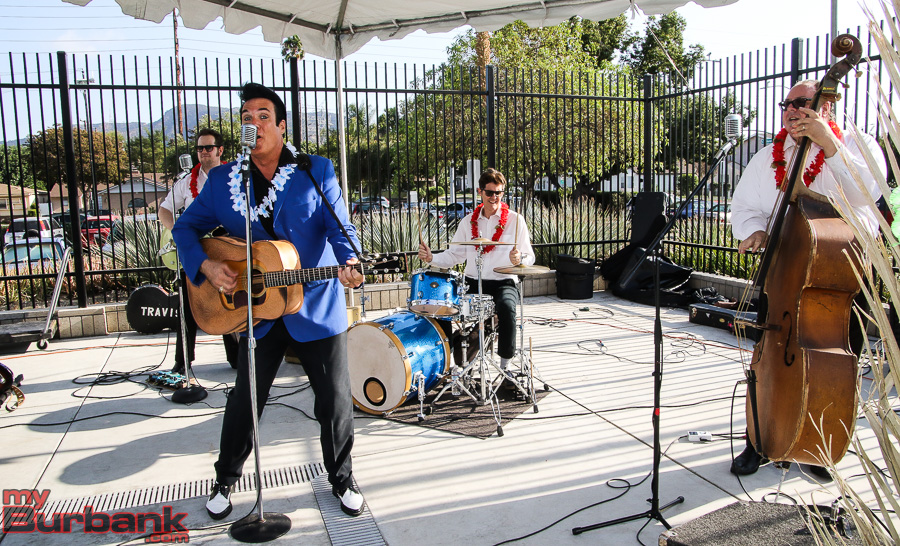 On Thursday afternoon, September 19, the Verdugo Aquatic Center was transformed into a “Rock A Hula”-themed party for Burbank seniors, 55 and older. There were over 300 in attendance.

This was the sixth year that the Parks and Recreation Department transformed the pool area into a hula party, with blowup palm trees, tiki torches, table decorations and dozens of beach balls in the pool.

According to Lynn White-Shelby, Burbank Senior Board Chair, this year’s event was one of the best Rock A Hula events ever held.

As in past years, Elvis impersonator and singer Elvis Scot Bruce and his band performed traditional Elvis songs along with Don Ho numbers for those in attendance.

Hotdogs were served along with ice cream sandwiches, chips and drinks. While some ate, others danced and some even exercised in the pool.

Here is a photo gallery from the Rock A Hula event: