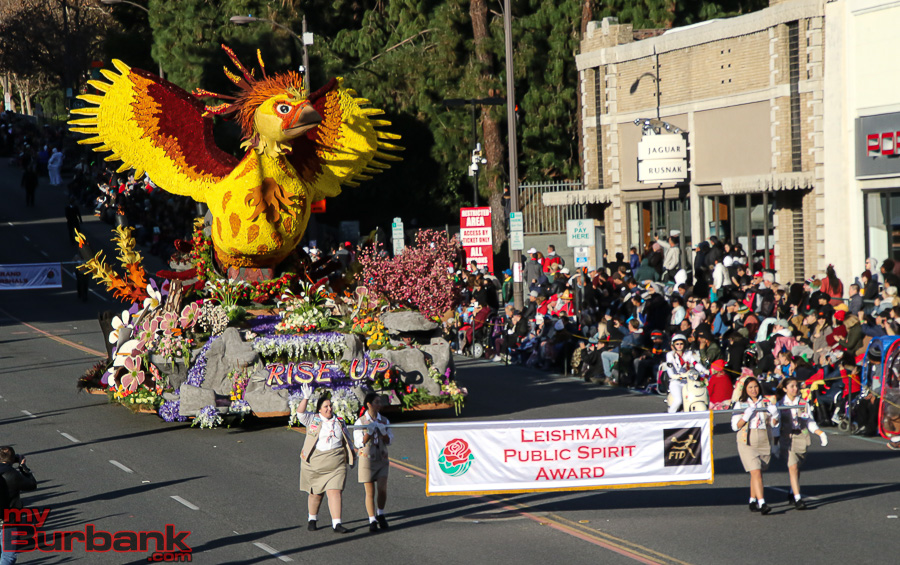 The Burbank Tournament of Roses Association was very happy when the awards were posted before the 131st Rose Parade started.

Burbank’s float, “Rise Up,” won the Leishman Public Spirit Award which is presented for the most outstanding floral presentation from a non-commercial entry. Burbank has won several awards over the years, but this is the first time the Association has ever won this award.

The hundreds of volunteers that put in hours and hours of work on this float are pleased with this well-deserved award.

The Burbank float was the sixth float in this year’s parade lineup. It will be on display through Thursday, January 2, at Post Parade in Pasadena. Then City employees and float drivers will drive it home Thursday evening. The float will be on public display at the corner of Olive and Glenoaks until Monday morning, January 6.

The float association will have a deconstruction party on Saturday, January 11, at the float barn where all the flower veils will be removed and cleaned. The flowers will be made into potpourri.

Here is a photo gallery from some of the sights of this year’s parade.