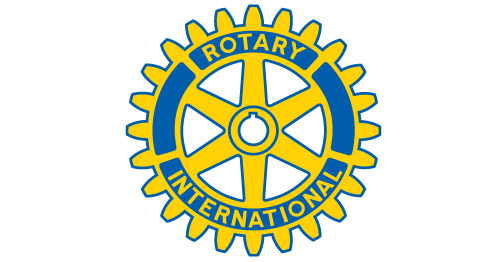 Human misery can arise from so many evils that it can be hard to know which one to tackle first. But what if you learned that one particular factor was a leading contributor to dire poverty throughout the world? So much so, that if you eliminated this factor, you would eliminate the worst of the world’s poverty? And what if you knew that this one factor would continue to paralyze millions of people if no one did anything to combat it?

Rotarians throughout the world rolled up their sleeves and tackled that “one factor”: the scourge of polio.

It started with one person. In 1975, a Rotarian in the Philippines got his local Rotary club to help children get vaccinated against polio. Rotary clubs throughout the Philippines and soon throughout the world learned of this idea and launched their own vaccination efforts.  By 1985, Rotary pledged $120 million to its PolioPlus fund, the first and largest internationally coordinated private-sector support of a public health initiative. Rotary spurred the World Health Assembly to launch the Global Polio Eradication Initiative in 1988.

And without the passionate engagement of people like Burbank Sunrise Rotarian Julie Jenkins, the Rotary effort could never have succeeded. “It wasn’t the fact that I had polio, but that my dad had it,” Julie explains. “He was only 31 and I watched the disease take its toll over decades until it finally took his life.” And Julie also saw that polio “was not just a kid’s disease.”

In February 2010 and 2012, Julie went to India to participate in their national Immunization day for polio. Together with other Rotarians and world health officials, they vaccinated 172 million children. “It was a deeply moving experience,” said Julie. “You see the absolute poverty so many of these children endure, and it’s easy to see how vulnerable they’d be to contracting polio.  That said, polio knows no boundaries and all children everywhere—including the United States—are vulnerable unless and until we eradicate this disease.”

Organizing a colossal immunization effort is daunting enough in a friendly country, but RI has succeeded in vaccinating children in hostile countries that had barred every other organization from entering. “Rotary has mostly succeeded in winning the trust of many of these countries,” Julie explains. “Their governments came to realize we were genuinely there to help their children and had no other agenda, political or otherwise.” Julie notes that one big break came from Saudi Arabia: “Nobody could make their first time pilgrimage to Mecca unless they could prove they had been vaccinated against polio.”

There are three countries left: Afghanistan, Pakistan and Nigeria. Suspicions against outsiders are a continuing problem in Afghanistan and Pakistan. In the last 5 months, at least 17 vaccination volunteers have been killed in Pakistan and Nigeria. And Nigeria has borders so porous that a polio infection can easily spread to neighboring countries. “Fighting polio is like fighting a vicious wildfire,” Julie said. “Polio can suddenly flare up and spread to countries that had been polio-free.” Even Europe did not achieve freedom from polio until 2002. (The United States had achieved polio freedom much earlier, though some of us may be old enough to remember worried parents telling us to stay away from community swimming pools.) And that is why, even with 99.9% eradication, RI continues to maintain a strong focus on 100% eradication.

So far, the “wildfire” of human compassion–given wings by countless Rotary service clubs–has been faster than the spread of one of humankind’s nastiest viral foes. In 1975, a fire had ignited in one human heart that saw the suffering in his own backyard. And now, Julie explains, “What Rotary has been doing against polio is now the template for fighting other diseases.”

Postscript. In conjunction with Rotary’s polio-fighting efforts, many children receive Vitamin A as well as vaccinations. Since 1988, over 1.2 million childhood deaths from Vitamin A deficiency have been prevented.