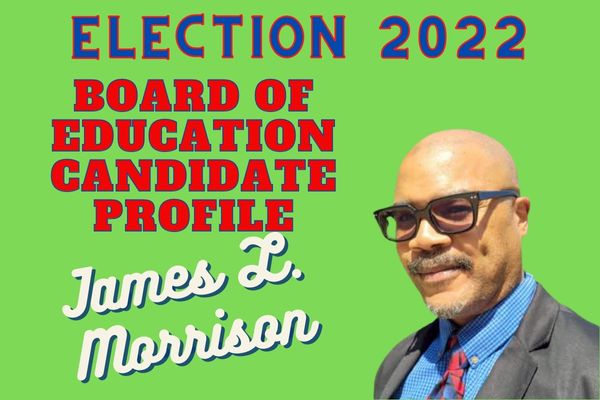 James L. Morrison is a local artist who has resided in Burbank for over a decade. The Burbank School Board candidate is a self-proclaimed “geek” who enjoys fun locations in the city like Round 1 Bowling and Entertainment. Morrison, who is a Burbank Unified School District parent of color, feels motivated “to serve those who feel marginalized, unheard, and ultimately unloved” in the district. He shares this, as well as other insightful personal information, in his myBurbank candidate Q&A.

I’ve been a Burbank resident for 12 years. I came to Burbank for a job in the motion picture industry.

It brings me joy waking up every morning knowing that I’m in the animation capital of the world. Burbank is an artist’s playground filled with like-minded creatives.

My go-to place for a good time is taking my son on a bike ride to Round 1, the arcade downstairs in Burbank Town Center. Full disclosure: I’m a geek, and I love listening to those classic arcade noises with my son while playing air hockey.

As a BUSD parent of color, I was concerned with the lack of diversity among the staff in some of Burbank’s schools. It has increased a bit over the years; however, I felt there was more room for improvement. After the tragic events of George Floyd and Breonna Taylor, and after the racial reconciliation that followed, there was more space in the national conversation for diversity, equity, and inclusion. I want to champion this movement not just for people of color but for our LGBTQ students and our neurodivergent students as well. I want to serve those who feel marginalized, unheard, and ultimately unloved.

Well, I have only beaten four bosses in Elden Ring, and I’ve been rune farming for two months so that I can have an unstoppable Vagabond build. However, that game has been paused until after November 8.