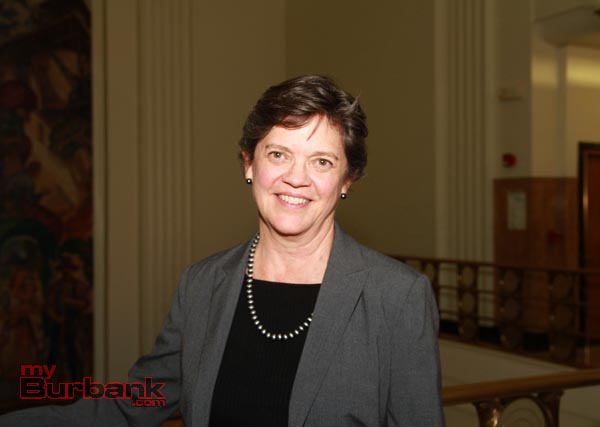 Burbank’s Public Works Director, Bonnie Teaford, P.E., was recently named to the American Public Works Association (APWA) 2014 Top Ten Public Works Leaders of the Year. Each Top Ten Leader will be honored during the Awards Ceremony of the APWA 2014 International Public Works Congress & Exposition taking place in Toronto, Ontario in Canada during August 17-20, 2014. Teaford will also be presented the award locally on Thursday, May 22, 2014 at 11:30 a.m. at the City of Burbank annual National Public Works Week picnic, located at Stough Park, in the 3000 block of Lockheed View Drive in Burbank, CA.

As Burbank’s Public Works Director, Teaford leads, plans, directs, manages and controls the activities of 185 full-time Public Works Department employees, who provide essential services to the city’s 104,391 full-time residents and 100,000 workers who commute to businesses in Burbank. As Director, Teaford also develops, presents and monitors a $60 million-per-year operating budget and a capital improvement budget that ranges from $15 million to nearly $60 million each year. She manages and directs engineering, construction, and maintenance of 280 miles of streets and alleys; 366 miles of sidewalk, curb and gutter; 200 signalized intersections controlled by a centralized traffic management center; 61 miles of storm drains; 11 hillside flood-control debris basins; and 223 miles of sanitary sewers.

Teaford created and led a city-wide Infrastructure Subcommittee that included two elected Council Members and numerous other department heads to develop a first-ever comprehensive, multi-year Infrastructure Investment Plan to address decades of deferred maintenance for all city infrastructure, and convened an annual meeting with stakeholders to focus attention on the city’s unfunded infrastructure needs, which has led to a significant increase in pavement and facility investments.