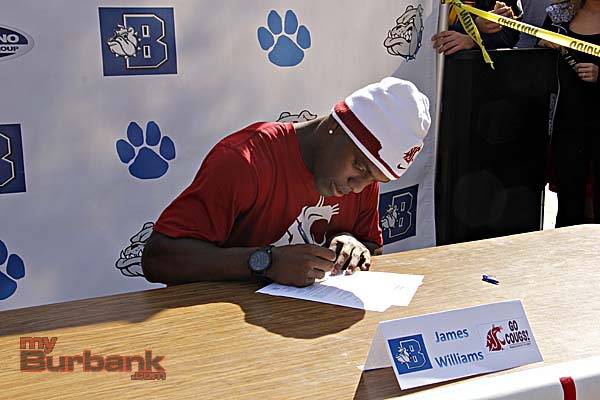 The numbers are staggering. 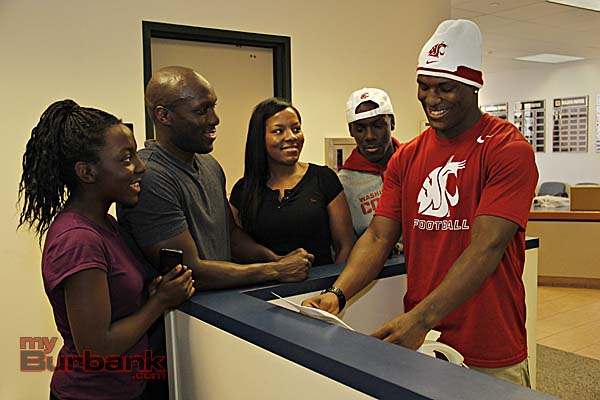 With his parents, brother and sister by his side, James prepares to FAX over his LOI to Wazzou (Photo By Edward Tovmassian)

James Williams accomplished those illustrious records despite playing in less than two games this past fall. A torn ACL shut down what would have been a historic season for the record books and a memorable senior campaign.

Yet Williams never quite experienced what occurred Wednesday afternoon during a special lunchtime ceremony on the Burbank High quad in his honor. This day trumped all records.

Years of hard work and dedication were rewarded with one simple yet meaningful signature of his. February 4 was National Signing Day for athletes to firmly commit to the college of their choice. Williams stayed true to his word and made his verbal to Washington State back in June a reality. 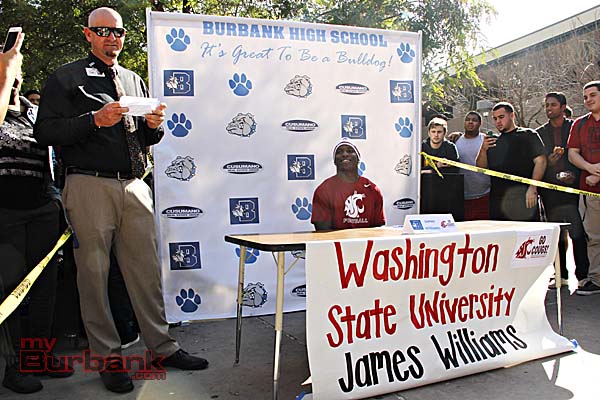 It was a day that he would never forget.

“This means a lot. This is by far one of the best days of my life,” Williams said. “I’m really excited. I can’t wait to get started.”

“I’m beaming right now,” Broussard said. “He’s been through so much. We all know the story. To have his season cut short and still have Wazzou stick with him is an honor. To get to this day is a blessing.” 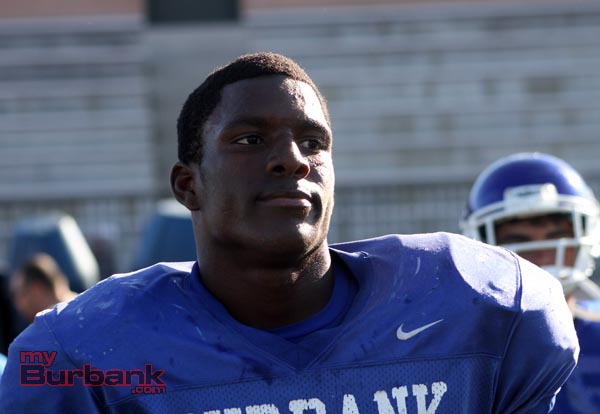 Williams will make the northern trek to Pullman, Washington, during the summer to begin his journey at the collegiate level. People in the Northwest are getting a talented athlete who is worth the price of admission.

“I expect him to go out there and play,” said Broussard. “I know the work ethic of this kid. He will be ready to go. It’s going to be fun.”

Williams was rated a 3-star athlete by Rivals.com and Scout.com. He was the 99th rated player in California and the 53rd ranked running back in the country.

A 3-year varsity letterman, Williams was the Pacific League Offensive MVP for two consecutive seasons. He was also a two-time All-CIF recipient.

On this day, accolades were set aside and reality set in. James Williams is on his way to play Division I football for Washington State University.

“I’ve been dreaming about this since I was six,” said Williams.