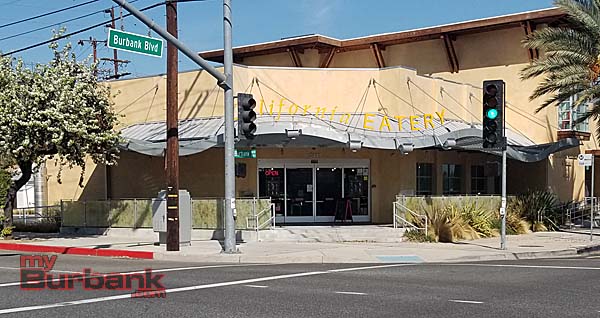 For years, it was a Conroy’s Flowers. Then for many more years it was a closed Conroy’s Flowers that you saw vacant. Even after that the building of California Eatery seemed to take years before it was completed.

When driving by it, there is really nothing that draws you to it or the food inside. If anything, looks like a fancy store for donuts and bagels that closes in the afternoon.

Once you walk in, it is actually a very open area that looks very inviting. It has a fresh and clean look inside.

I was a little nervous standing in line instead of getting table service to order because usually that means a very average burger, but sometimes looks can be deceiving.

Getting to the front of the line I order the California Burger and I was actually shocked when the girl behind the counter asked me “How would you like it cooked and what type of cheese?”. I was actually a little shocked and of course said medium rare with cheddar cheese. Fries are also included, of course I said well done on the fries. The burger went for $11.50.

I was now a little perplexed and actually had anticipation for the burger. I had some slight hope in the back of my mind but was still thinking it would just be another average burger. 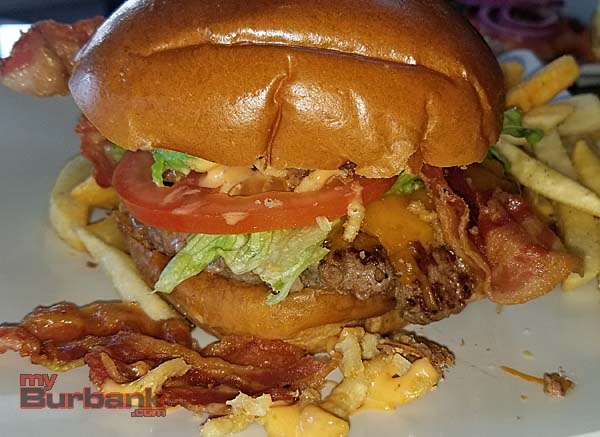 It actually arrived in about 10 minutes time and I was kind of shocked when she put it down in front of me. It actually looked like a well-crafted burger!

The burger was advertised as 100% Angus beef, lettuce, tomato, crispy onion, avocado, bacon & 1000 Island Dressing. It was all there and it did not disappoint.

The patty was cooked exactly as I’d hoped, medium rare, and it was loaded with bacon and avocado, so much so that it was spilling out of burger and on the plate. The bacon was very fresh and crispy and did not taste greasy at all. The avocado and lettuce were also fresh and the cheddar cheese with abundant. This burger tasted great and I was actually disappointed when I had finished it. 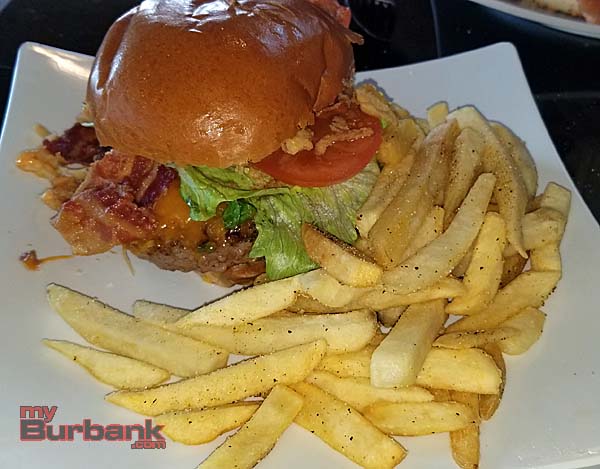 My only slight criticism would be the bun which, while it did hold up for the entire meal, the bottom bun did soak in a lot of juice and I wish it had been toasted to hold up a little better. However, the bun was very fresh.

When I first saw the fries I was little disappointed thinking that they were not going to be crispy but they were actually well done and had some crunch to them. The oil must’ve been very fresh, there was very little grease with the fries either.

California Eatery  is a place that does not jump out you think of a burger, but it needs to be on your radar now. This is a very welcome surprise and enjoyable experience. They actually have a full menu with many things on it and I will be going back again to try other things although I know now that I could go there and get a great burger anytime.

This is one time where quality and price make it a real winner!