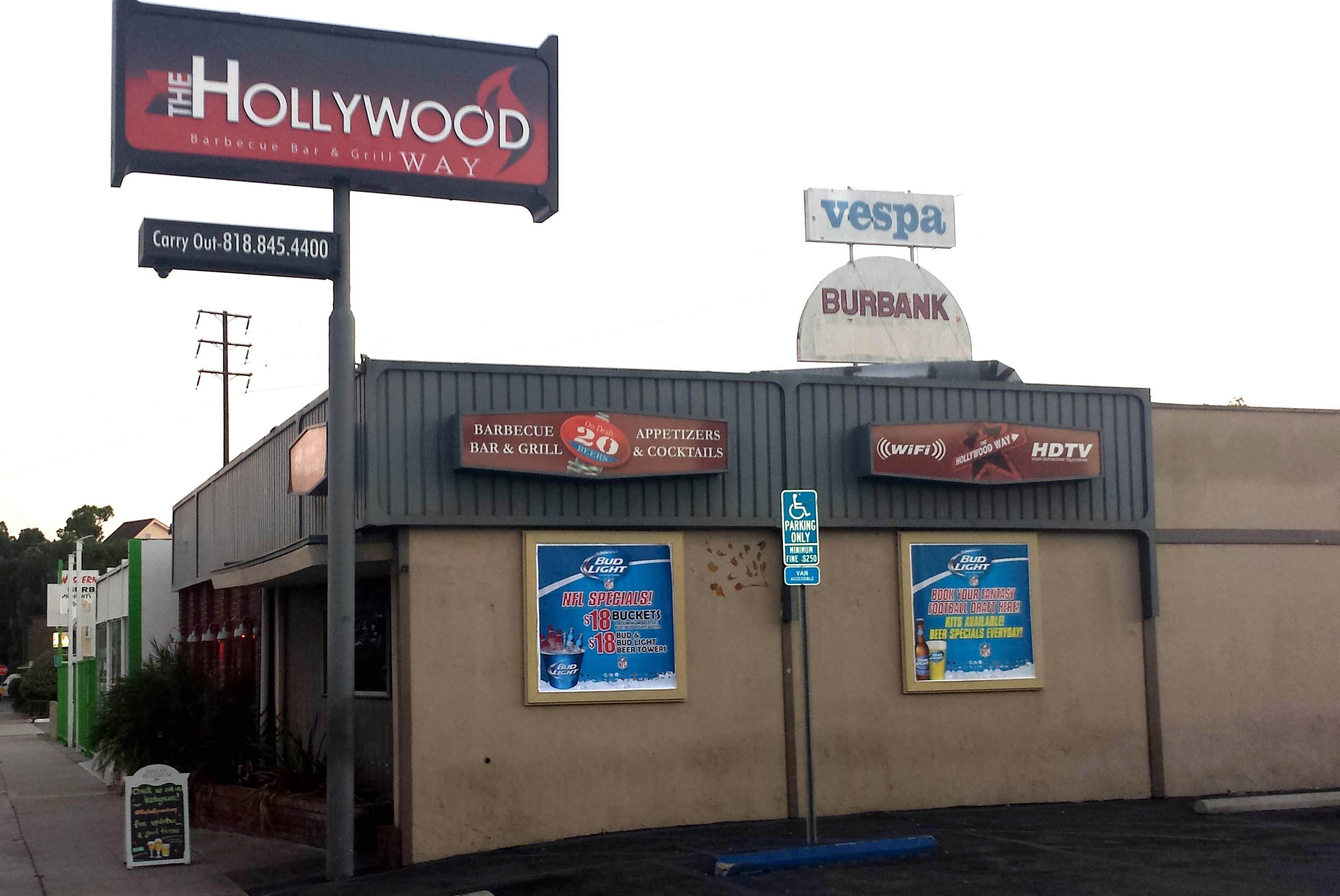 When you do burger reviews you expect to be disappointed way more then made happy. I did not pick The Hollywood Way to be the first of the many to be reviewed burger places on purpose. I knew I was starting this up again after taking six years off and just decided as I walked in the door to make this the first – no matter how good or bad.

We went in around 2:00 in the afternoon and found the place about half full but easily found seating. The waitress was on us fast and we had a menu and drinks within a minute.

Upon ordering there are some words I love to hear “…and how would you like that cooked?” When you hear that you know you are getting a fresh hand packed patty, and I also went with cheddar cheese.  She also asked which kind of bun, their standard brioche bun or their cheesy bun. Of course, being a huge cheese guy, I went cheesy!

When it came in about 12 minutes, it looked like a thing of beauty (see picture!). The bun fit perfectly, did not fall apart at all, the condiments were not over-bearing and the amount of cheese was not stingy, it oozed from the meat.

After one bite I was hooked, the flavor was outstanding. This burger was a star by itself. It was not too big and not out of control. After I finished I was worried that it was going to be hard to find any other burgers that would live up to these standards.

While I tried the Classic Cheeseburger, The Hollywood Way has many more varieties (including sliders) for you to try.

There are several more including Smokehouse, Black and Blue and the Hollywood Way Hottie which you had better have a lot of cold drink near you before trying.

The Hollywood Way has a full bar and separate seating away from the bar area for families. There are numerous TV’s turned to every sports game on at the time.

Although it really does not count for the burger review, I would be chastised not to tell you about some of the sides. The Onion Straws are outstanding but what I really love are the Kettle Chips which you see in the picture.  They are always made fresh and come to you warm.