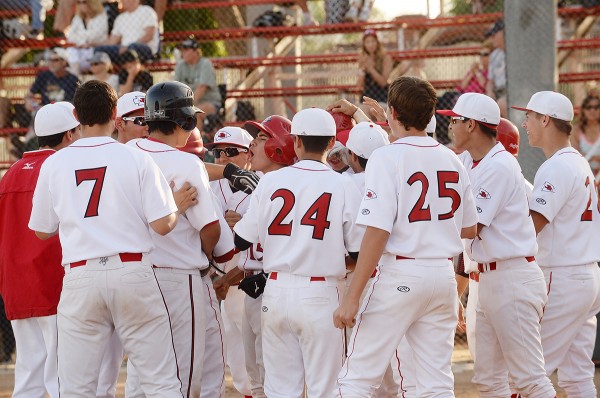 It wasn’t that significant in the grand scheme of things. But for the present moment, it meant a lot to the Burroughs baseball program.

After competing in the prestigious Easton Tournament and finishing 1-4 against some quality teams, Burroughs faced Malibu High School in a day-night doubleheader on Saturday in search of a much-needed win. Or in this case, wins. 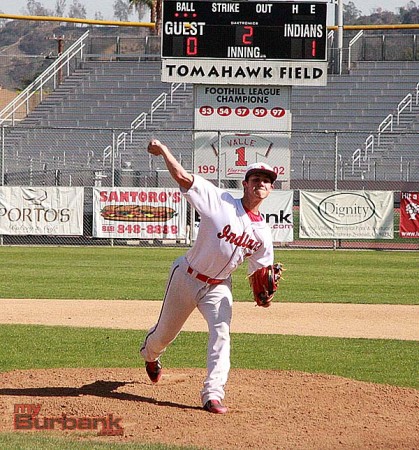 The Indians overcame two late inning deficits to defeat the Sharks, 5-4 and 9-3, to complete the sweep and inject a fusion of confidence into the squad.

“This was extremely important for us coming off the Easton Tournament where we faced really good programs. We battled and could have won a couple of those games,” Burroughs coach Craig Sherwood said. “To come out and play a quality team in Malibu who is very well-coached and have a lot of playoff experience, it was good for us to get a couple wins and hopefully turn the corner.”

Malibu (5-2) entered the doubleheader with a perfect 5-0 record and champions of the Southern California Invitational Tournament gold division. The Sharks won a school-record 24 games last season and return many of their players.

Trailing 3-2 with two outs in the bottom of the sixth inning in game one, the Indians mounted a rally to tie the game. Chris Peres walked and an error by Malibu shortstop Ezra Allen put runners on first and third. Sherwood called a perfect and well-designed “first-and-third” play which resulted in pinch-runner Ronny Jimenez scoring.

Chase Lambert began the top of the seventh inning with a home run over the left field fence to give Malibu a brief 4-3 lead. 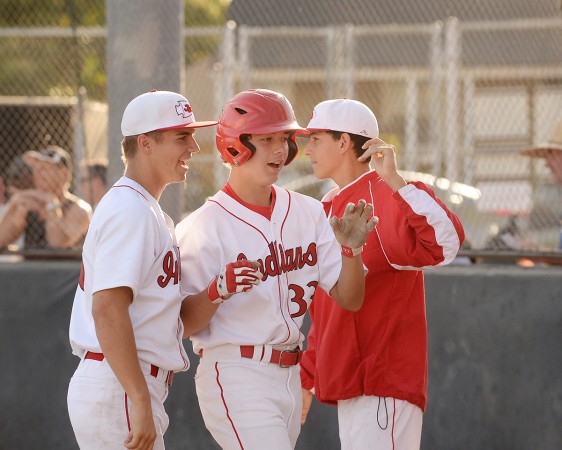 Burroughs (3-4) refused to go away and pulled out the 5-4 win ignited by the plate appearance of Max DeAmicis. With Malibu starter Noah Simon three outs away from a complete game victory, DeAmicis fouled off four pitches before blooping a single to right field.

Three consecutive errors by Malibu (two by third baseman Kris Keach), including a routine throw from catcher Chris Falk to his pitcher Andre Simoneau that went astray, plated two runs and gave the Indians an improbable victory that became possible when Malibu melted down defensively.

“I was just trying to get something going and get on base anyway I could and start something,” DeAmicis said. “I battled and made him throw pitches. We definitely had a chance after that. It was a great job by my teammates for knocking me in too.”

Ben Hobson threw a solid five innings for JBHS allowing only two hits and three runs while striking out five.

“I felt pretty good through the first five innings. They had a couple hits off me when I didn’t hit my spots,” Hobson said. “I had a great defense behind me. They made the plays when they needed to and overall the team did a good job.” 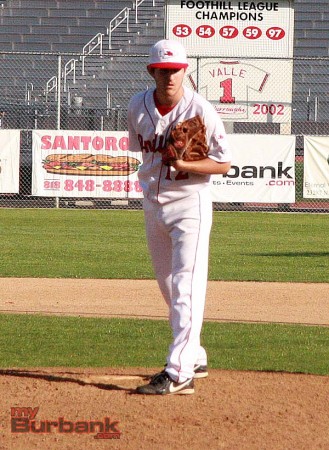 Spencer Malden earned the “vulture” win for the Indians after fighting out of a jam with the bases loaded in the top of the sixth inning.

In game two, Burroughs trailed 3-2 entering the bottom of the fifth inning. After two quick outs, the Indians rallied again.

Kevin Navarro walked and Anthony Pelayo had a beautiful bunt single. A wild pitch advanced the runners to second and third. Max Haddad followed with an RBI infield single and a subsequent throwing error by Allen brought home Pelayo to give JBHS a 4-3 lead.

In the bottom of the sixth, the Indians broke out and scored five runs courtesy of five walks and a hit batter by Malibu pitching. Burroughs’ discipline at the plate and Malibu’s mental breakdowns on the mound and in the infield resulted in the Indians pulling away for the six-run win and sweep of the double dip. 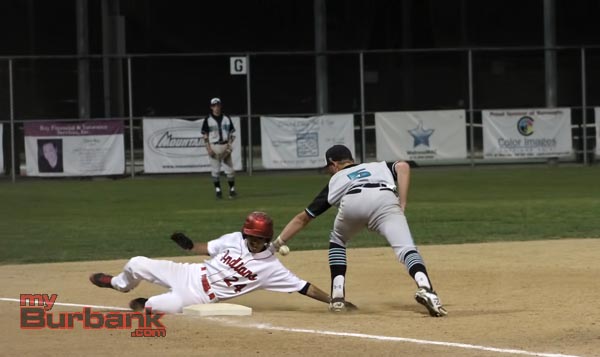 Burroughs’ Ronny Jimenez slides in safely at third base (Photo by Ross A. Benson)

“Out of all the runs that Burroughs scored today were a lot of runs that we gave them,” Malibu coach Ari Jacobs said. “We had two late inning leads and let both of them slip right through our hands.” 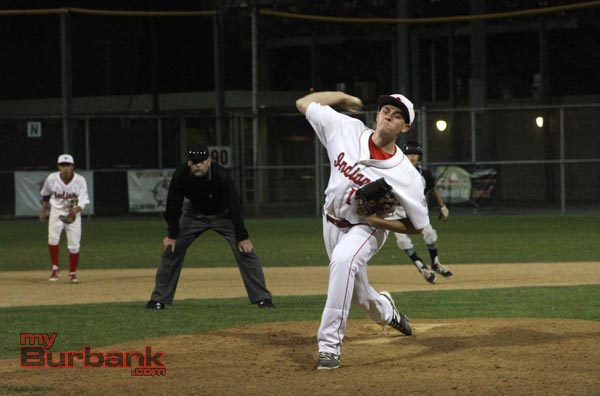 The Indians’ Thomas Wilson stepped up and threw a strong outing in game two (Photo by Ross A. Benson)

“I was happy with my reserve players who convinced me that they are nearly as good as my starters. They proved that today,” said Sherwood about his second unit who played well in game two.

Burroughs now takes a week off from games before playing in the Coachella Tournament from March 24 – 26 during Spring Break. The Indians open with two games on Monday against Palm Desert and California.

“These were pre-season games so they are not as meaningful as league but since we got these two wins everyone will be pumped up and be excited for Coachella,” Hobson said.