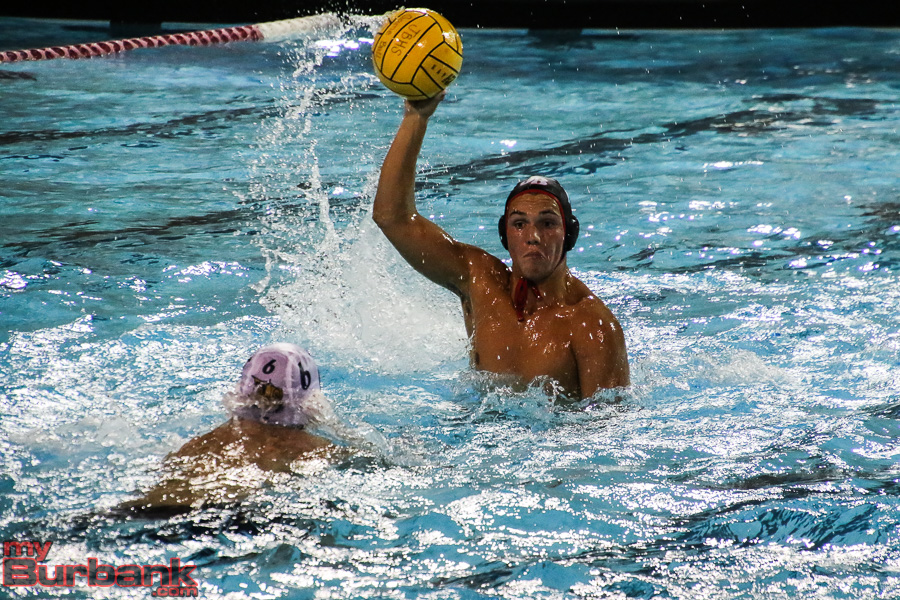 What occurred over the next 34 minutes was a true battle royale that included ebbs and flows, but in the end, the Indians edged the Mariners 13-11 after scoring four goals in the second three-minute extra session.

“We got off the opening shot early and we tried to figure them out,” Burroughs coach Jacob Cook said of the back-and-forth tussle. “We kept a two-goal lead for most of the match, but Marina cut the lead to 8-4 and 8-6. But they [Burroughs] were ready to get it done.”

Cook, who has been at the helm for several years and has claimed a CIF title, said the crowd was a factor and helpful in its support.

“It was really nice to see the big crowd and Marina had a big crowd there as well,” he noted. “Even our junior varsity team was there and they had face-paint on and cheering us on. It was really exciting. The crowd was big and there was a lot of emotion.”

Sophomore utility Xavier Turla led the scoring march for Burroughs, which will play No. 2 seeded St. Francis (29-3) in a quarterfinal match on Saturday at Notre Dame High in Sherman Oaks with a scheduled 11 a.m. start, with six goals while senior utility Vahagan Sahakyan chipped in with four tallies.

It was Turla’s three goals in the second extra period that sealed the win for the Indians, who are 14-8.  The go-ahead goal by Turla that made it 12-11 came with less than 40 seconds left in the match.

The Indians forged a 1-0 advantage after the first quarter and led 4-2 at the intermission.

Burroughs knocked in four goals in the third period as did Marina (14-14) and the Indians were ahead 8-6 at the end of the third quarter.

The Mariners outscored the Indians 3-1 in the fourth quarter and it was deadlocked at 9-9, requiring the extra six minutes of action.