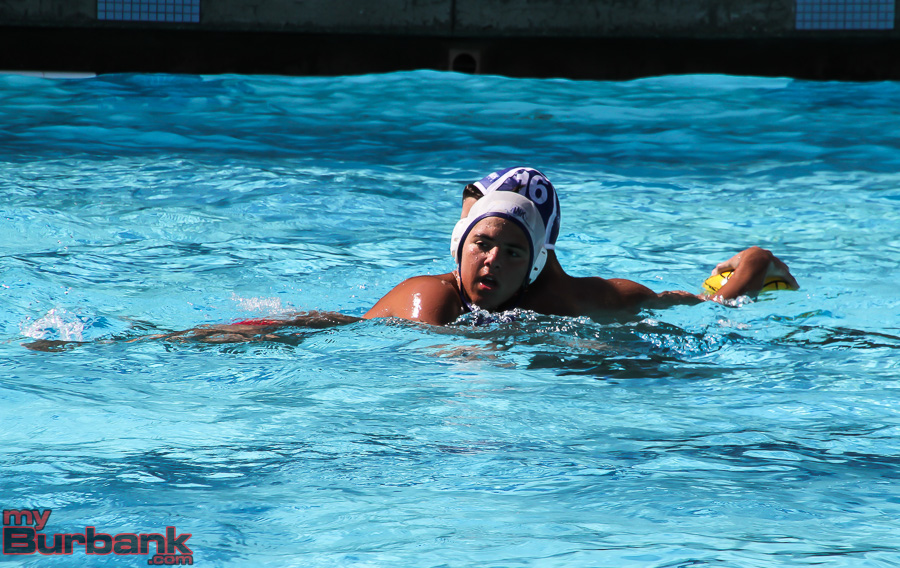 There’s a saying that it’s hard getting to the top, but it’s even more difficult staying there.

This axiom doesn’t necessarily apply to the Burroughs High boys’ water polo team because while it hasn’t always been at the very top of the Pacific League standings, the Indians have usually been in the top portion.

Looking at rival Burbank’s boys’ water polo program, the same can’t be said, but then again, matters can and do change.

This season, Burroughs will pay a visit to Burbank’s pool on October 23.

Another important date is the league preliminaries which take place at the Arcadia pool on October 29.

The league finals is at the same site, but will be held October 31.

Coach Jacob Cook has built and sustained an excellent program at Burroughs and this year’s edition should at least contend for the top spot in the league.

“I have high expectations for the season,” Cook said. “We have a talented group this year with a lot of talent and potential. I’m excited to see what we can do.”

Last year the Indians went 13-10 overall and 5-4 in league action, but lost in the CIF first round.

Here are the rest of the Burroughs upperclassmen and they include Jon Paul De Fabry, David Karagezyan, Nathan Magdaleno and Aaron Meza.

The juniors on the team are Fox Melo, Miguel Martinez and Alex Lewin, while sophomore Andrew Chapman and freshman Ryan Rolando are also on the squad.

Mike Lucero is the Burbank Aquatics Director and the first-year coach for the boys’ and girls’ water polo teams.

Lucero has been around and was the assistant swim coach for the Burbank boys’ and girls’ programs the last two years.

In order to compete with the better teams in the league like Hoover, Glendale and Crescenta Valley, Lucero said it’s important to get faster in the water.

“We’re working on having some speed work,” Lucero said. “You need speed to keep up with teams like Crescenta Valley.”

Lucero then added: “I want to see the water polo team be a year-round program and the players stay with their conditioning. I want to see more team unity,” he said.

Lucero also wants to build a program that will be viable and contend. “Some of these club programs, major swim programs, these swimmers are starting at nine, 10, 11,” he said. “Here they’re coming in at 14. And for the first time they’re learning the basics of water polo.”

Burbank is coming off a campaign in which it went 8-10, failed to make the postseason and doesn’t have many seniors, but it does have players familiar with each other.

A four-year starter and a 2018 Burbank graduate, Varuzhan Bilbulyan is the Bulldogs’ assistant water polo coach.

“This year we see a lot of young athletes that we have on both varsity and JV contributing a lot of hard work and we see a lot more attentiveness and a bigger drive than in past years to get better and improve themselves,” Bilbulyan said. “We see a very good attitude and very good behavior. Everybody is trying their best and everyone is getting better day by day.”

Bilbuyan went on: “This year’s powerhouses are probably going to be Hoover. They always have a lot of club players,” he said. “Glendale is also going to be good and they have club players. CV’s been good the last couple of years. We can finish in the top five, but our goal is top four so that we’re guaranteed to make the playoffs.”

Seryozha Soghomonyan is also on the team after being promoted to the varsity at the end of July.