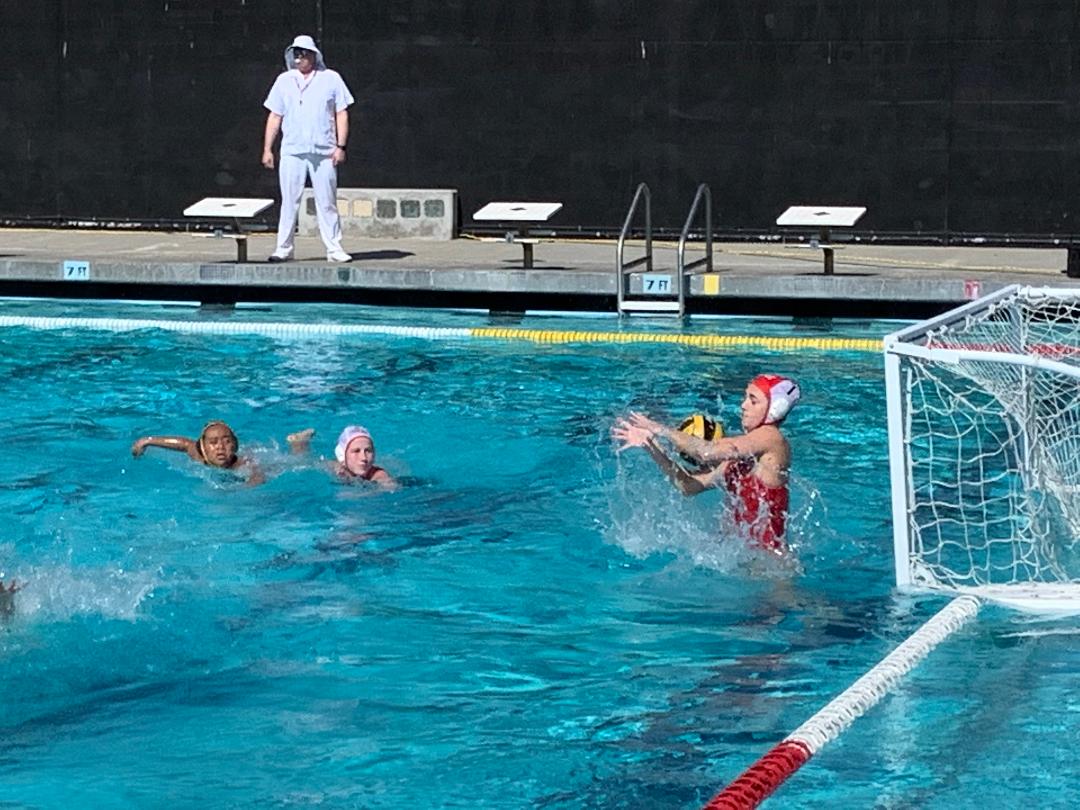 This one was for the birds, literally.

The result of the CIF Southern Section Division 5 contest was a 8-1 defeat.

“We had a good season overall. This was a tough game. I’m proud of them. That’s all you can ask for,” Burroughs coach Jacob Cook said of his players.

Burroughs (20-8) got another fine performance from goalie Emanuella Nathan, who had 14 saves.

California (24-8) got on the board at the 5:01 mark of the first period when Myah Ibarra scored on a long shot into the left corner of the goal.

The Condors doubled their lead with 15 seconds left in the first period as Victoria Padilla scored on a breakaway on the left side as she was able to beat Nathan inside the left post.

Burroughs cut the difference in half with 4:47 left in the first half as Clarisa Robles fired a shot into the left corner past California goalie Leslie Meza.

Just when it looked like Burroughs might be headed for a comeback, California gave itself a two-goal advantage with 4:33 left in the half as Jimena Vargas took a loose ball on the right side of the pool and put it past Nathan.

Padilla added a breakaway goal with 2:50 left in the first half to make it 4-1.

But California, which advanced to the semifinals of the CIF playoffs for the first time in school history, would not be denied.

“All of my girls committed to each other to work as a unit and as a team. We try not to focus on our best player and try to be a team,” California coach Davey Brown said. “When they drop off, we try to get other players into the game and start shooting from the outside.”

Padilla scored on a breakaway at the 5:01 mark of the third quarter to make it 5-1. She added a five-meter penalty shot with 4:21 left in the period.

Burroughs did get close to scoring again as Nancy Baylor hit the goal post.

Padilla scored for the third time in the quarter and fifth in the match with 2:16 left by putting the ball in the right corner past Nathan.

California added a goal in the fourth quarter from Ibarra.

Burroughs Angie Lee had two late shots that were both saved by Meza.