The Play Production class at John Burroughs High School releases the first installment of its original web series, Act One: Scene Death!, Wednesday, April 22, on IGTV and YouTube. Additional episodes of the drama will be released every week through the month of May.

“In this original classic whodunnit murder mystery, famous director, Kenneth Myers, is found dead in his mansion, and everyone becomes a suspect,” commented Drama teacher Guy Myers. “Set in 1946, follow our three plucky detectives as they try to solve the crime and nab the killer! Keep up with the clues, and you may be able to figure it out before they do!”

“We were all missing each other so much, and when we found out our Spring play was cancelled, I started thinking about how we could all still work together to create something fun for everyone to have access to from their homes!” explained Myers. “I came up with the idea of a murder mystery because I thought it would be easy for students to film their monologues at home as they are being interviewed about the murder!” 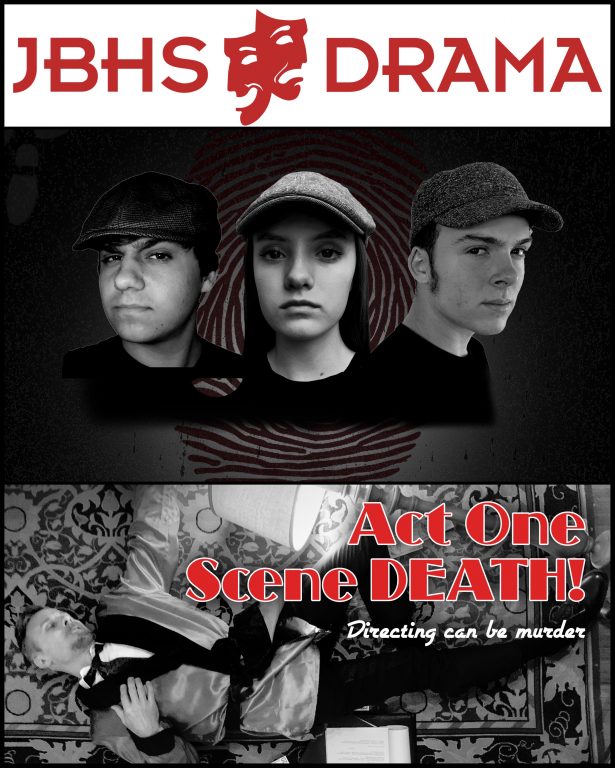 “We decided that I would be the dead body and it would become the mystery of who murdered Kenneth Myers,” continued Myers. “We have conceived, written, rehearsed, filmed and edited this series while completely in isolation under the safer at home guidelines. We have used only props and costumes and settings that we have access to in our homes!”

Using only what the students and Myers had available at home to shoot and edit Act One: Scene Death! has been a real challenge, Myers admitted, “But we couldn’t let what is going on keep us from working together and doing what we love to do… Tell stories!

Three of Myers’ Play Production students, who also happen to be Co-Presidents of the Improv Club  – seniors Eli Staub (Detective Rheims), Jordyn Holt (Detective Aida) and Wyatt Wheeler (Detective Hubert) – mapped out the plot and characters. They play the three detectives trying to unravel the clues to solve the mysterious murder.

Then each actor – the Detectives and the Witnesses/Suspects – wrote his or her own monologue for their character. 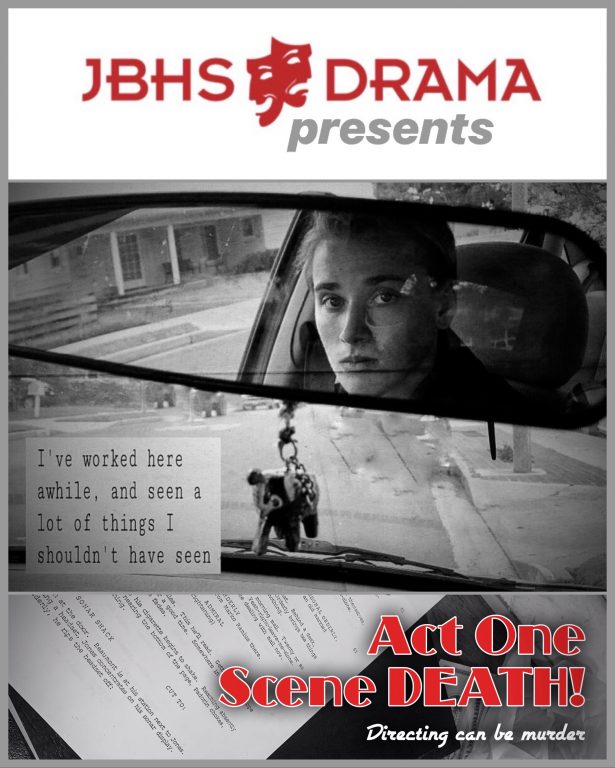 “After editing, it will appear as if they were together, but no one has ever been in the same room!” Myers said. “They send me takes and I give them feedback for reshoots about characterization, style, costumes and script writing. It’s been an educational experience for us all as we figure out how to manage to create something while in isolation!”

Burroughs High alumni Andrew Orbison is creating original music and Matt Bond is assisting with final edits and effects for the web series.

Act One: Scene Death! has 10 episodes and one to two will be released every week. Each episode will be about 10 – 15 minutes in length.

The web series is free for everyone to view, but donations to the JBHS Drama program are encouraged via a link on www.jbhsdrama.com. All donations will go to Burroughs High’s Stagecraft Technology program, which will suffer drastic cuts in the 2020-21 Burbank Unified budget. All money raised will go towards supporting the Drama program’s Stagecraft Tech needs in the coming school year.

Watch JBSH Drama’s Act One: Scene Death! on Instagram/IGTV @jbhsdramabackstage and YouTube at https://youtu.be/7q0mdZoWCzw on the JBHS Drama Productions channel.