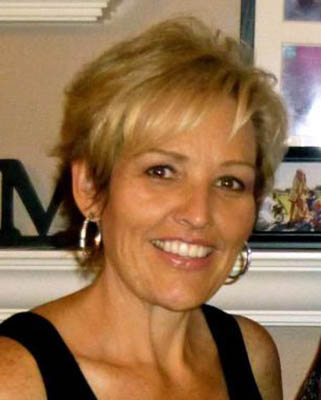 Jeri Lynne Buliavac passed away in her Burbank home surrounded by family on Sunday night, December 7, after a yearlong battle with esophageal cancer. She was 50.

Buliavac had lived in Burbank since eighth grade, attended David Starr Jordan Middle School and graduated from John Burroughs High School in 1982. She worked as a hairstylist at Headlines Salon in Burbank.

She was diagnosed with cancer on December 12, 2013. Her journey was chronicled on the website caringbridge.org, and from the time she was diagnosed until her passing, her page had received 25,006 hits. Her Facebook page has 602 friends. She called the group of supporters her village.

“She was very popular,” her daughter Lexi said.

After Buliavac started chemotherapy in January, friends surprised her with a “Shoe Your Support” event, collecting more than 250 pairs of new and gently used sneakers, which they subsequently lined up outside her home.

The sneakers were donated to two organizations. Slightly used athletic shoes went to the Marina High School’s lacrosse team in Huntington Beach and the new athletic shoes were given to Buliavac’s favorite charity. the Family Service Agency of Burbank, a nonprofit organization that provides counseling services for individuals, families and youth. 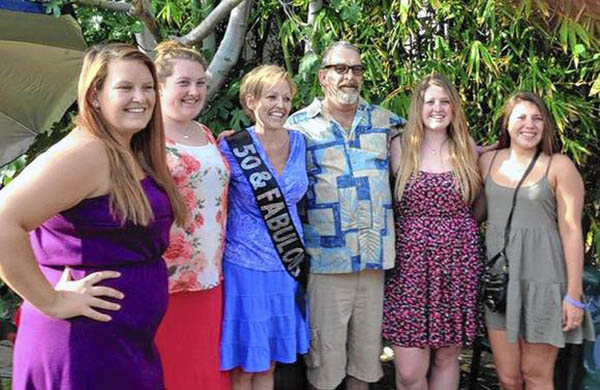 Coordinating the project were her cousin Elise Stearns-Niesen, June Weaver, Jody Blatz and Mariam Denton, said her best friend Jennie Stott. In May, family and friends came to celebrate her fiftieth birthday at a party hosted by Stearns-Niesen. Instead of gifts, Buliavac asked everyone to donate money to Family Service Agency. The total raised was $2,088.

Family Service Agency dedicated its seventh annual 5K CareWalk, also in May, to Buliavac, for her continued support.

Buliavac continued to work at Headlines Salon up until a few days before Thanksgiving, Lexi said, and she was training to run the Los Angeles Marathon.

On Friday night, friends came together for a vigil and stood outside the Buliavac home singing Christmas carols. The turnout was excellent, which was surprising because the announcements went out over CaringBridge.org and Facebook just the day before, Stearns-Niesen said. A two-and-one-half-minute video of the caroling has been uploaded to Youtube.

“It was one final gift that her friends could give her,” Stearns-Niesen said. “It was amazing. We think about 150 people were there. And because Jeri was such a great friend to the Family Service Agency of Burbank, we asked people if they wish to donate a toy to its toy drive and we collected about 60 toys.”

Those who attended the vigil gathered at Mariposa and Chandler and were given candles and a copies of six Christmas carols that Buliavac had chosen herself for them to sing, said Claudia Bonis, one of Buliavac’s salon clients. They walked over to her house and stood in her front yard.

“The candlelight vigil was just beautiful,” Bonis said. “All these people just singing their hearts out for her. I was pleased I was there.” 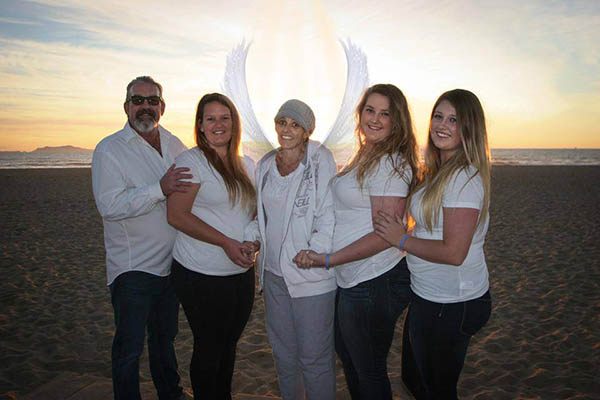 Buliavac’s family, including her daughters, mother and sister, were with her.

“My dad was sitting next to her hospice bed holding her hand,” Lexi said. “When he said ‘Your village is here to sing to you,’ she squeezed his hand a little bit so she acknowledged the fact that everyone was here and she could hear them.”

After the vigil, everyone returned to Mariposa and Chandler and made a circle around Stan Buliavac and he led everyone in a prayer. In her last days, Buliavac told her family how proud she was of her daughters and she wanted to make sure everyone was going to be okay, Lexi said.

“We told her that she raised the best kids in the world and that we will be fine and she will be missed,” Lexi said.

Buliavac’s husband Stan said she was a special woman who was loved by everyone.

“She was unique,” he said. “She was very generous and would do anything for anyone.”

There will be a private burial service for the family on Friday. A public memorial service will be at 1:00 p.m. on January 9 at Emmanuel Lutheran Church, 6020 Radford Avenue, North Hollywood. A reception will follow at 2:30 p.m. at the Elks Lodge, located at 2232 N. Hollywood Way in Burbank.

“I love harder. I forgive quicker. And I laugh more because of Jeri,” she said.

Stearns-Niesen remembered when five of their friends went on a 13-mile run together and at the twelvth mile, Buliavac didn’t notice a rail crossing arm was rising up in front of her. She ran right into it and it knocked her down.

“She was in pain but within a minute she got back up and said ‘I’m finishing –we gotta go’. She literally got up with a big knot on her head and finished the last mile. That’s how she approached the last year. She would get knocked down and she’d get back up and she finished strong right to the end.”

Christmastime was Buliavac’s favorite time of year, and one of her requests was for holiday carols to be played during her funeral — no matter what month her time came, her daughter Lexi said.

Her favorite Christmas carol was Winter Wonderland.”I could see her up there with everything white and her just singing along to the song,” Lexi said.