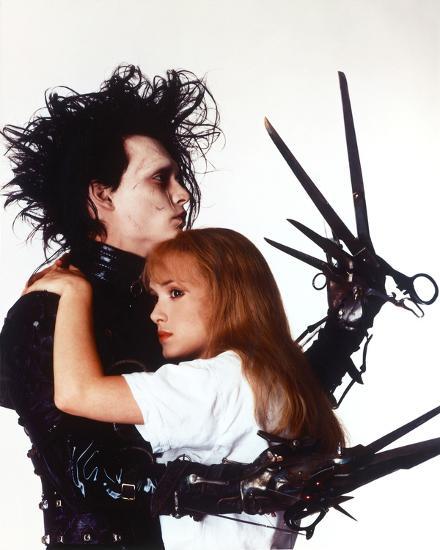 2020 marks the 30th anniversary of the release of “Edward Scissorhands,” the fabled film that tells the tale of a creation whose good-hearted nature contrasts with his razor-sharp extremities.

The movie was born out of an idea from Burbank native Tim Burton, who directed the cinematic classic and called upon screenwriter Caroline Thompson to pen the script. Originally from an area outside of Washington, D.C., Thompson’s formative years foreshadowed themes that would later play a pivotal role in the legendary film.

“I grew up outside of D.C. to a sort of comfortable upper middle class family,” Thompson said. “But [I] always felt like an outsider, like most people feel I think.”

Following relocating to Los Angeles in the late 1970s, Thompson’s 1983 novel, “First Born,” led her to working on a screenplay adaptation of the book with filmmaker Penelope Spheeris. Although the film never got made, the experience resulted in her being signed by an agent who worked for an agency that also represented director Tim Burton.

In 1986, Thompson was introduced to Burton when their agents believed they might get along. Thompson says the two “immediately felt a kind of kinship” and soon wanted to find an opportunity to create a project together.

“We loved the same things,” Thompson detailed. “I mean, it was like an immediate sort of romantically intellectual attraction and emotional attraction because he’s also a very grounded person. And pretty quickly, we realized that we wanted to work together.”

After going back and forth with different suggestions about how they might be able to collaborate, Burton revealed an avant-garde idea to Thompson that dated back to his teen years.

“He told me about a drawing he had made in high school of this character who had scissors instead of hands,” Thompson recalled. “And of course, that’s the perfect metaphor for not being able to have any contact with anybody.”

Upon hearing about the drawing, Thompson instantly knew they had found the right concept for a joint creative effort.

“I thought it was the stupidest idea I’d ever heard of,” Thompson said. “And therefore, I knew it was brilliant. It was just so clean and so stark in its meaning.”

Thompson also knew what setting would be most effective for the screenplay: the world of suburbia, with which both she and Burton were fascinated.

“Tim and I have always both been really obsessed with suburbia,” Thompson said. “And so I immediately knew the story. That’s never happened before or since. But I knew exactly what I wanted to do with it.”

As she grew up in Maryland, a childhood friend of Thompson’s lived in a lively neighborhood that differed from the quiet community where her family resided. The final script ended being inspired by both this area and the town of Burbank. Not only did Burton grow up in Burbank, but Thompson was living there at the time she wrote the screenplay.

Thompson called on personal relationships when writing each of the main characters. The neighborhood women were all based on the mothers of friends from adolescence, while Avon lady Peg Boggs (played by Dianne Wiest) and her husband, Bill (Alan Arkin), were inspired by Thompson’s own parents.

“I made a friend early on in Burbank,… and she was a really charismatic, beautiful young woman who had this horrible boyfriend,” Thompson said.  “So they became the models for Kim and Jim.”

When writing the main role of Edward, Thompson invoked fond memories of her first dog.

“I adored her and she was really, really smart,” Thompson said. “And she was so present and so interested in everything. But she obviously didn’t have vocal cords and she didn’t have the ability to speak. That was sort of the only thing she was missing. She had this giant heart and this giant presence in terms of spirit.”

After finishing the screenplay, an uncommon deal was made with then film studio 20th Century Fox which allowed for a great amount of creative control in exchange for a lower pay scale.

“We had very specific requirements, which I’ve never heard of before or since,” Thompson said. “I would write the script for scale, but there would be no meetings, no notes. And when we turned it in, they had literally a weekend to say yes or no.”

Once they got the green light from the studio, a few actors were considered for the main role of Edward, including Tom Cruise. The part, however, eventually went to Johnny Depp, who utilized the comparison of the character to Thompson’s dog to create an iconic performance.

“I told Johnny that about the character being based on my dog and boom, he got it,” Thompson said. “It just clicked with him. And so from that point forward, he sort of understood everything about that dog’s urge to be present and participate and understand that with all the barriers between us and them.”

Although “Edward Scissorhands” continues to resonate with audiences all over the world 30 years after it debuted, the public’s response to the film at the time of its initial release wasn’t quite as spirited.

“It didn’t become the thing that it later became by any stretch,” Thompson said. “It was by no means a hit, it … wasn’t a miss either. It was just sort of in the mediocre middle in terms of audience box office numbers.”

Thompson believes that the enduring allure of the film is due in part to its life-like quality, existing prior to an era in which computer-generated imagery dominates the movie industry.

“There’s another thing that was rare that I think would have kept it from being so magical [if it were made today], which is there was no CGI then,” Thompson said. “And so the hands were practical and heavy and unwieldy. And it added to the discomfort of Johnny Depp and to the sort of danger of being around it… the homemade feeling of it I think added to its charm.”

The greatest reward for Thompson has been the emotional impact the film has had on so many viewers over the 30 year span following its premiere.

“Well, what’s really been wonderful is that it’s touched so many people’s lives,” Thompson explained. “You know, it’s made people who otherwise felt misunderstood realize that everybody feels that way.”

Time has only seen the movie grow in popularity, as merchandise is readily available for fans, events continue to commemorate its acclaim, and hundreds of thousands of social media posts are connected to a hashtag of the film’s title.

Above all, however, Thompson notes that “Edward Scissorhands” remains a reminder to audiences that feelings of isolation are not as uncommon as we might think.

“It gave people an opportunity not to feel so alone,” Thompson said. “And that’s really cool.”