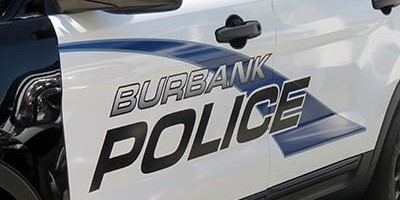 On May 4, a man and a woman who allegedly went on a bank robbery spree were arrested by the Los Angeles Police Department.

On May 6 around midnight, Burbank Police responded to a call of a smashed window which activated a burglary alarm at Ulta Beauty of Empire Center, located at 1351 Victory Place. Two suspects were arrested.

On May 2 at 2:00 p.m., Burbank Police responded to a call about a man possibly holding a gun near the Metrolink Station on Front St.

On March 13, at 2:30 a.m., Burbank Police arrested two men who were looking into cars with flashlights and possessed stollen IDs, credit cards, and burglary tools on 700 block of Priscilla Ln.

On the night of Saturday, February 24, Burbank Police discovered a stolen vehicle on San Fernando Rd. which contained stolen IDs, credit cards, mail, keys to mailboxes, counterfeit money, credit card scanners, and narcotics. One male and one female were arrested.

On February 22 at 2:55 p.m., two men were arrested for possession of narcotics, prescription medication, and allegedly stolen credit cards