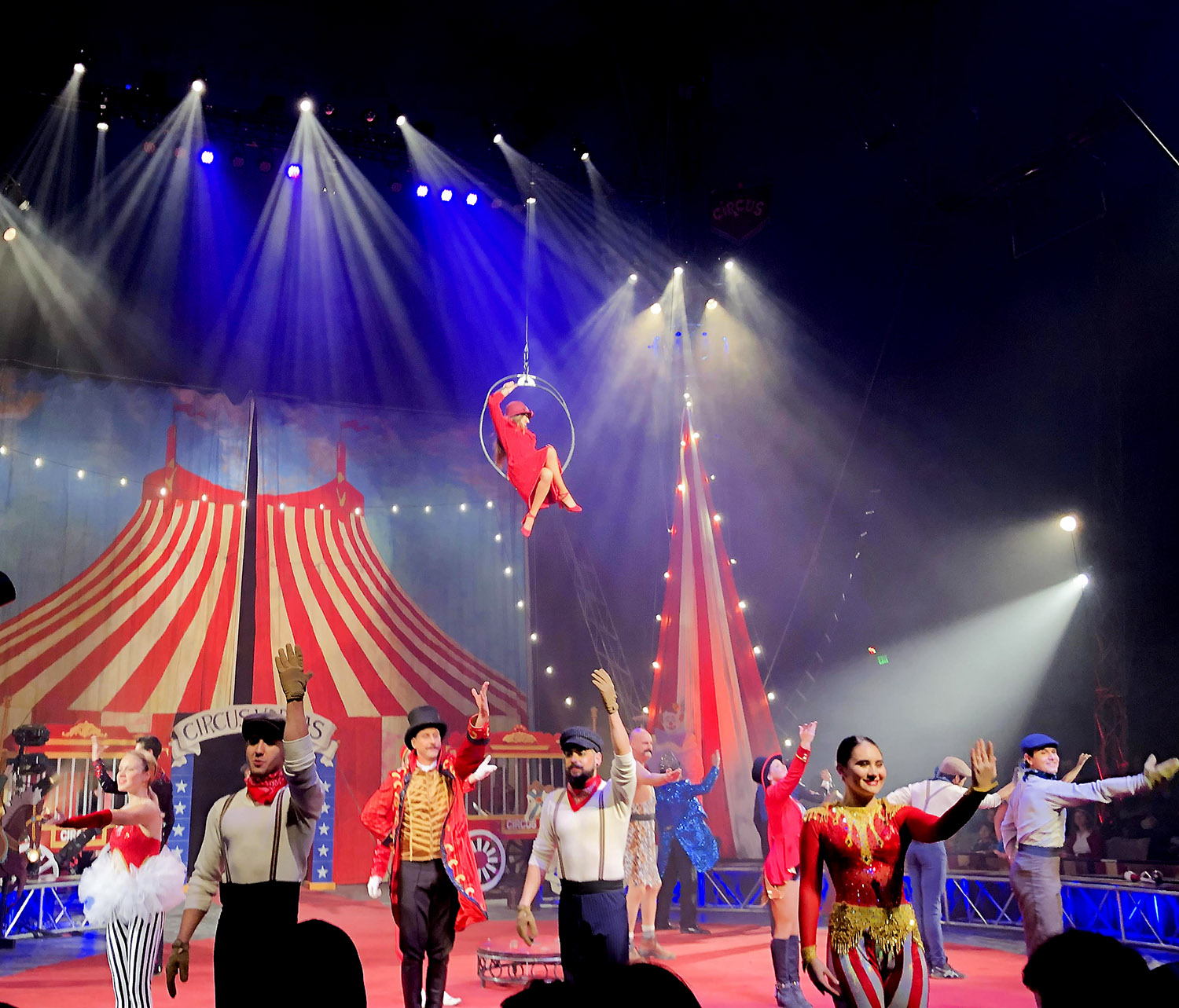 On Thursday, January 17, Circus Vargas opened up their 90,000 square foot big top to the Burbank community with this year’s production, The Greatest of Ease.

Following last year’s pirate theme, the 2019 production is an ode to the history and tradition of the golden era of the circus in honor of their fiftieth anniversary.  A painting of a red and white tent strung with amber lights sets the backdrop for the show that pays homage to the late 1800s circus days.

According to the Circus Vargas website, “In 1969, Clifford E. Vargas fulfilled his childhood dream when he raised the canvas of what was to become ‘Americas favorite Big Top Circus!’ He was adamant that a circus wasn’t a circus if  it wasn’t under the big top and  wanted to make sure that every generation would have the opportunity to experience its magic first hand.”

In their theater-style tent that fits up to 1,500 people, guests will watch in astonishment as trapeze artists fly through the air, a tight rope walker dances along a thin wire, an acrobat bends backward and shoots a bow and arrow with her feet, and three dirt bikes race in a steel ball at harrowing speeds. The sights and sounds you’ll find under the Circus Vargas big top are sure to amaze you.

As one guest exited the tent after the two-hour production finished recently, she was overheard to exclaim, “I have never seen anything like this before in my life!”

Circus Vargas is a show for all ages that provides jaw-dropping feats that make you gasp out loud from beginning to end.

At Circus Vargas, you will find light up souvenirs and concessions as well as face painting for kids.  Guests are encouraged to arrive 30 minutes early for an entertaining, interactive pre-show extravaganza where kids can interact with some of the performers to learn circus skills such as juggling and balancing.

At the end of the show, the entire cast comes out to meet and take pictures with their guests for an unforgettable up-close experience with the performers.

Circus Vargas will be performing shows through February 3 before they pack up four miles of rope and cable weighing over 17 tons and traveling on to their next stop in San Diego. For tickets and showtimes visit their website at www.circusvargas.com.