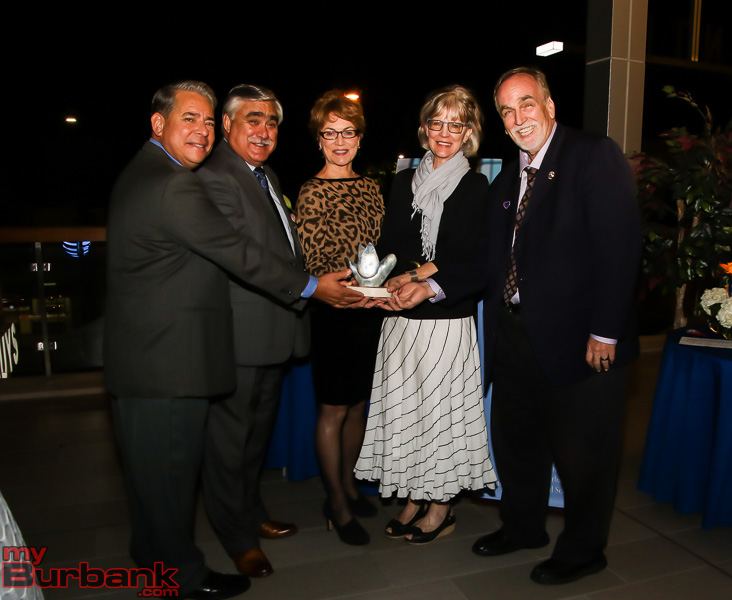 On Friday evening, October 5, at the outdoor terrace of Burbank’s newly renovated Town Center Mall, 325 guests enjoyed a spectacular sunset and dancing under the stars as they celebrated Family Service Agency’s 65th anniversary at the annual Imagine A City Gala.

Master of Ceremonies, Disney’s Joan McCarthy, ensured the evening was a successful tribute to the agency’s longstanding covenant with the Burbank community, while Marsha Ramos, former Burbank Mayor and FSA Board member, delivered the blessing.  “In a time when so many are divided we came together as one community to reflect and celebrate the immeasurable treasure that is FSA,” said Ramos.

BUSD’s Peggy Flynn and Chris Krohn encouraged donations to help FSA continue their important work in the schools, with veterans, the homeless and with victims of domestic abuse. Sunder Ramani, chair of the Burbank Healthcare Foundation, raised his paddle and committed $50,000 from his organization.

“BHF is pleased to continue our partnership with Family Service Agency in our mutual goal to better community wellness,” said Ramani, “FSA is a trusted source for mental health care and BHF is a trusted foundation to provide financial resources as we all try to help our community heal and grow.” 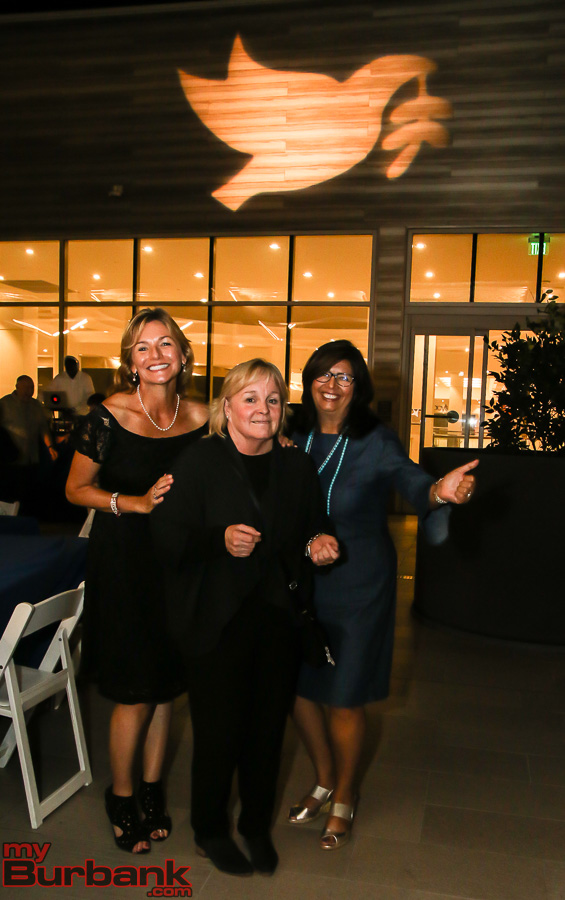 2017 honoree, Michael Cusumano presented this year’s Mary Alice O’Connor Visionary Award to Mayor Emily Gabel-Luddy, who was joined at the podium by City Council members Bob Frutos, Tim Murphy, Sharon Springer and Jess Talamantes. Cusumano highlighted the City’s support of the school-based counseling program that began in 2002 thanks to the groundwork laid by the Mayor’s Youth Task Force. The program, which started on three middle school campuses and at Community Day School, is now providing individual and group care to students on all 19 Burbank Unified School District campuses, impacting over 1000 students each year. FSA has three additional contracts with BUSD:  Counseling and Parent Advocacy for Foster and Homeless Youth, Mental Health Care for the Special Education program and the Student Care Centers at John Burroughs and Burbank High Schools.

“No person or organization has been so crucial to the success of the Family Services Agency as the City of Burbank, and so it is entirely fitting that the City is recognized with the 2018 Mary Alice O’Connor Visionary Award,” said Cusumano. “The city was the first to financially support FSA’s development of school-based counseling, and today school districts from all over the region are coming to Burbank to see how our program is changing students’ lives for the better.”

Back in 2005, when Marsha Ramos was Mayor, the City supported FSA in establishing their first long-term transitional shelter for battered women and their children. Mary Alvord was City Manager and Sue Georgino was heading up the Community Development Department at the time, and they helped ensure that the CARE Cottages became safe and secure homes that continue to change lives today. The success of the Cottages then leads to two additional long-term therapeutic homes – one for homeless families and one for homeless young adults and emancipated youth.

Fifteen years ago, FSA was in many ways “homeless” itself. The Agency did not have a purpose-designed facility for the first 50 years of its existence. But that changed in 2005 when FSA and the City entered into a long-term lease for the agency’s current home on Burbank Boulevard. “That was a game changer for FSA,” said Cusumano, “And it could not have happened without the support of the City of Burbank.” 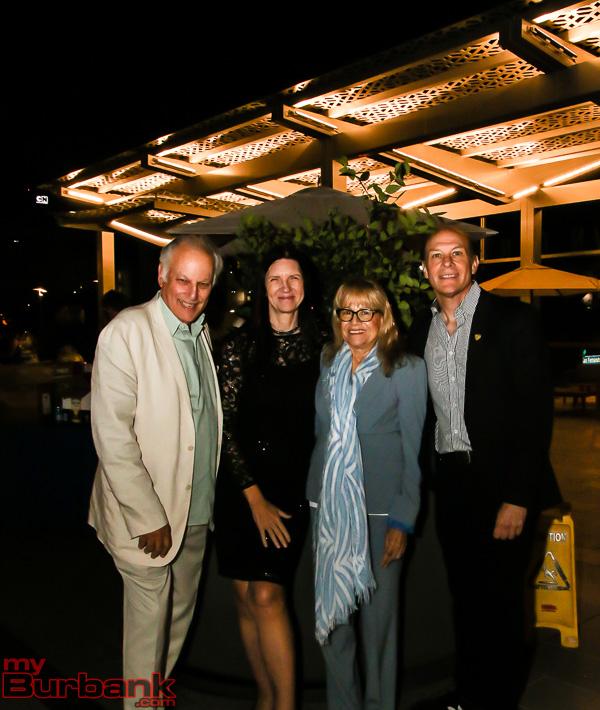 As Cusumano shared, the City of Burbank not only provided much needed financial assistance, but it has provided critical leadership support. Not surprisingly, so many of the community leaders that have been the core leadership of FSA have also been senior management and elected officials of the City of Burbank including Ron Davis and our current council members, to past city stewards such as Marsha Ramos, Gary Bric, Dave Golonski, Mike Flad, Sue Georgino, Mary Alvord, Teri Stein, and Mike Albanese. 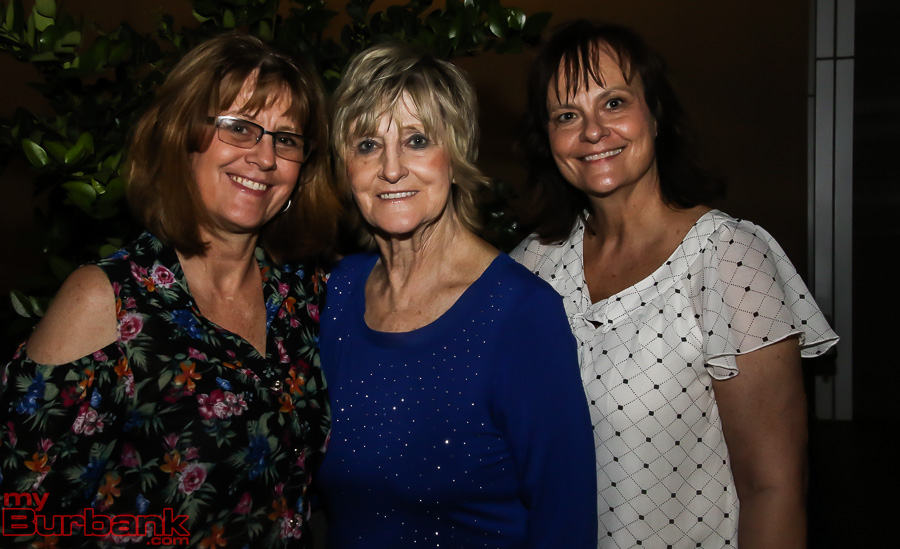 “The City of Burbank can take great pride in the success of the Family Services Agency and the important role that it has played in our community for the past 65 years,” said Cusumano. The evening proved that FSA has many supporters as the Agency remains committed to expanding to meet the mental health care needs of Burbank’s students, individuals, and families.